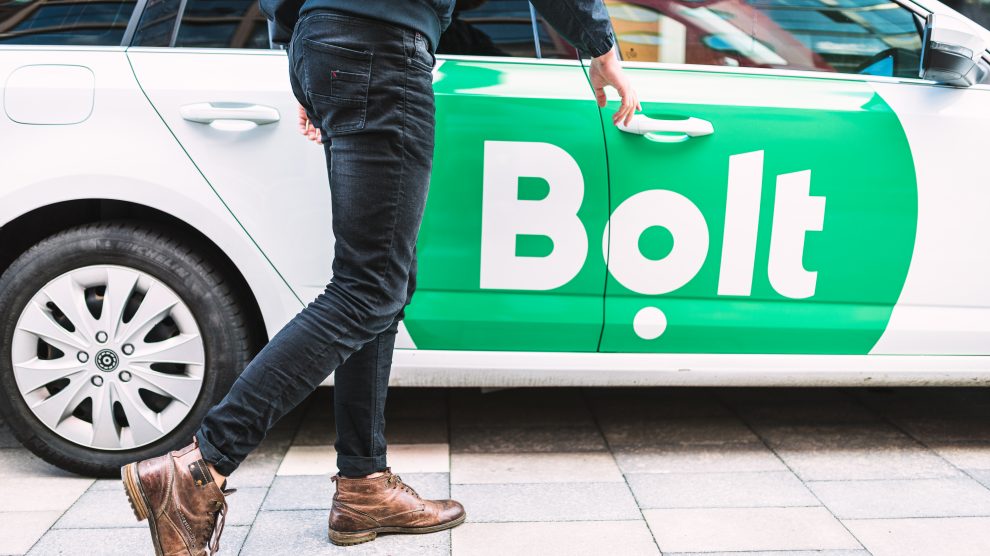 Poland’s biotechnology industry got shot in the arm this week after Mabion, a Polish firm, won a deal with Novavax to potentially produce its future Covid-19 vaccine. Mabion will start commercial-scale production trials of Novavax jab and obtain access to the US company’s technology, according to an agreement unveiled on Wednesday. Shares in the Warsaw Stock Exchange-listed biotech company soared on the back of the deal.

Poland’s central bank meanwhile kept interest rates unchanged this week, ignoring a spike in inflation as new Covid-19 restrictions threaten to stifle economic growth. The bank kept its main interest rate unchanged at 0.1 per cent for a 10th consecutive month. Prices jumped 1.2 per cent in January to their highest level in a decade, amid a rise in taxes and regulated prices.

Slovakia’s prime minister, Igor Matovič, was this week forced defended his decision to buy two million doses of Russia’s Sputnik V Covid-19 vaccine, despite disagreement among his coalition partners. The first batch of 200,000 Russian-produced vaccines arrived in Bratislava on Monday, making Slovakia only the second country in the European Union, after Hungary, to import the Sputnik V jab. Mr Matovič had kept the deal secret until the vaccines arrived. “Slovakia is not in a position to rely only on European solutions”, said the PM. The country’s current seven-day rolling average of deaths per one million people, 131.33, is the highest in the world

Hungarian Prime Minister Viktor Orbán this week set out plans to build his own political force across the European Union after a decade-long row over democratic values led to his party’s exit on Wednesday from the center-right EPP group in the European Parliament. “Our task is clear,” Orban said in a statement. “Now – without the EPP – we must build a European democratic right that offers a home to European citizens who do not want migrants, who do not want multiculturalism, who have not descended into LGBTQ lunacy, who defend Europe’s Christian traditions, who respect the sovereignty of nations, and who see their nations not as part of their past, but as part of their future.”

A Romanian court sentenced a former minister as well as the daughter of former president Traian Basescu to jail on Tuesday for money laundering and instigating others to take bribes in a 2009 presidential campaign financing case. The court in Bucharest gave Ioana Basescu, a public notary, a five-year prison sentence. Elena Udrea, a former tourism and regional development minister and close political ally of former president Basescu was handed an eight-year prison term. The verdicts are subject to appeal. Basescu and Udrea denied any wrongdoing.

Rohlik, a Czech start-up that has built an online grocery ordering and delivery business combining standard grocery fare — which it procures itself wholesale, or offers in concert with established businesses like Marks & Spencer — with items sourced from local small businesses, has picked up 190 million euros in funding. It plans to use the funding to expand its footprint across metropolitan areas in its existing three markets — Czechia, Hungary and Austria — as well as to break into Germany, Poland, Romania and other countries in the near future.

The construction of Russia’s Nord Stream 2 threatens not only Ukraine but the whole of Europe, President Volodymyr Zelensky said on Wednesday. “Everyone should understand – both European leaders and Ukrainians – that the construction of a gas pipeline bypassing Ukraine is not only a matter of Ukraine’s economy, but a matter of energy security for the whole of Europe,” said Mr Zelensky at a joint press conference with European Council President Charles Michel in Kyiv. Nord Stream 2, a 1,200 kilometre-long gas pipeline between Russia and Germany, is around 94 per cent complete.

Belarus has made progress on addressing key safety concerns at its new nuclear plant in Astravets, the European Union said in a preliminary report after officials visited the site. The conclusions are based on documents and information from Belarusian authorities, verified during a February visit to the plant, which is located close to the EU border. A full report will be compiled after a further peer review later this year, and will focus on the EU’s remaining recommendations, according to the European Nuclear Safety Regulators Group. The safety of Astravets moved to the top of the EU political agenda toward the end of last year as Belarus made preparations to start commercial operations at the plant. The European Parliament last month demanded the startup be delayed until all the recommended safety improvements are in place.

Thousands of opposition supporters rallied in the Armenian capital Yerevan this week to demand the resignation of Prime Minister Nikol Pashinyan. More than 10,000 demonstrators gathered in front of parliament on Wednesday amid a heavy security presence, including snipers who were positioned inside and on the roof of the building. Pashinyan has faced mounting protests and calls from the opposition for his resignation following a six-week conflict between Azerbaijan and ethnic Armenian forces over the region of Nagorno-Karabakh last year. Last week, the Chief of the General Staff of the Armenian Armed Forces Onik Gasparyan, along with nearly four-dozen other senior members of the military, issued a statement calling on the prime minister to resign.

Moldova’s medicines agency this week approved Russia’s Sputnik V Covid-19 vaccine, while President Maia Sandu was accused by her Moscow-friendly predecessor Igor Dodon of blocking Sputnik’s use in the country, something that Sandu’s office has denied. Moldova also this week took delivery of 21,600 doses of the AstraZeneca jab, a donation from neighbouring Romania. Romania has offered a total of 200,000 doses of the vaccine as part of a humanitarian aid package. It is not known when the first Sputnik V vaccines will arrive in the country.

Lithuania said this week that it would open a trade representative office this year in Taiwan, prompting anger in Beijing. The office will aim to boost economic diplomacy in Asia, the spokeswoman of Lithuania’s Economic and Innovation Ministry told the news agency Reuters on Wednesday. Responding to the announcement, Chinese foreign ministry spokesman Wang Wenbin said Beijing firmly opposed Lithuania setting up an official institution in Taiwan. “There is only one China in the world,” he told a daily news briefing in Beijing on Thursday.

Lithuanian state-controlled energy company Ignitis Group will start supplying liquefied natural gas (LNG) to Poland next year when a new pipeline between the two countries comes online, its CEO said on Monday. The pipeline between Poland and Lithuania, called GIPL, is due to be completed by December 2021 and will also give Finland, Estonia and Latvia access to pipeline gas from continental Europe. The region currently imports pipeline gas from Russia and LNG via an import terminal at Lithuania’s Klaipeda port.

The European Union’s special envoy has warned Serbia and Kosovo that they must resume talks on normalising relations if they want to make progress toward membership in the bloc. Miroslav Lajčák arrived in Serbia’s capital, Belgrade, on Wednesday after previously visiting Prishtina, the capital of Kosovo, at the start of his tour in the region. After a meeting with Serbian President Aleksandar Vučić, Lajčák said that EU member states expect the two sides to move on. “Dialogue is key for both sides to advance on their European path,” Lajčák told a news conference. “We have no interest in preserving the status quo.”

Two of Albania’s main opposition parties this week signed a coalition agreement ahead of a general election on April 25, in an effort to boost their challenge to Edi Rama’s governing Socialists. The main opposition Democratic party, and the smaller left-wing Socialist Movement for Integration will run separate candidates’ lists in the elections but will then cooperate on forming a government should they topple Rama, who is seeking a third consecutive mandate as prime minister.

North Macedonia’s prime minister, Zoran Zaev, asked the country’s parliament to take an immediate vote of confidence in his cabinet on Wednesday after the right wing opposition VMRO DPMNE party claimed Zaev’s two-seat majority in parliament was shaky, and that it would soon muster enough support to topple him. Mr Zaev survived the vote, with all 62 MPs from the ruling coalition backing his government.

Facebook this week agreed to report its Tajikistan-sourced turnover every quarter and pay 18 per cent sales tax on sales made in the country. The development is the culmination of a more than two-year-old effort from Tajik authorities to boost government revenues by forcing companies including Facebook, Google, Microsoft, Booking.com, and others to pay their taxes inside Tajikistan.

Police in Kazakhstan this week detained dozens of protesters who were calling for the release of political prisoners in line with a resolution passed by the European Parliament. Government opponents were attempting to hold their first protest since the resolution called for the European Union to prioritise human rights in its relations with Kazakhstan, saying there had been a “worrying deterioration” in the country. Around 50 protesters were detained in the country’s largest city, Almaty, before they could gather near a city park, where the internet appeared to have been shut down.

The United States says it is “deeply concerned” over the release from pretrial detention of a Kyrgyz organised-crime figure for whom Washington has offered a reward of one million US dollars. In a statement on March 3, the US Embassy in Bishkek described Kamchy Kolbaev as a “transnational organised-crime boss” and a “convicted murderer whose criminal network engages in drug trafficking, human trafficking, arms trafficking, and other dangerous criminal activity.” Kolbaev was originally detained in October 2020 on suspicion of organising a criminal group and participating in the activities of an organised criminal group.