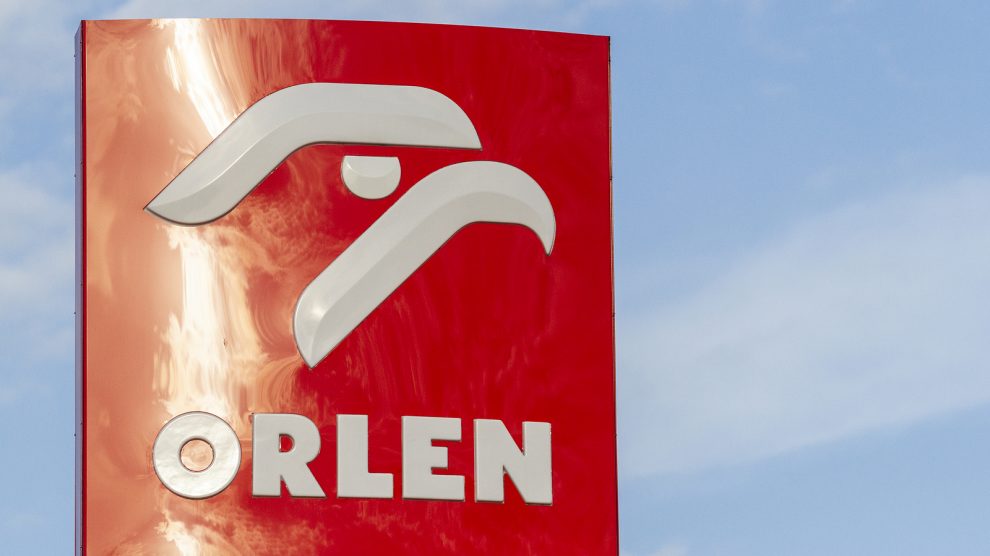 Polish oil refiner PKN Orlen has signed a contract with US Exxon Mobile under which it will import around one million tonnes of crude oil within a year, it said on Tuesday. Polish refineries have been importing most of their crude from Russia via pipelines, but have taken steps to reduce their reliance. “We continue to diversify supplies,” PKN Orlen Chief Executive Daniel Obajtek said in a statement. PKN said the supplies will be used in its refineries in Poland, Czechia and Lithuania.

Poland also this week announced that it will resume logging in the primeval Białowieża forest. The forest, a UNESCO World Heritage Site shared with Belarus, was the centre of discord between the EU and Poland from 2016 to 2018. Logging was suspended in 2018 after the European Court of Justice ruled that Poland had broken EU law by felling trees that were older than 100 years. The Polish government says logging is needed to clear paths and protect trees from an infestation of spruce bark beetle. Officials have been working on new forest management quotas to increase tree felling, and the Polish climate and environment ministry signed new quotas for two of the three forestry districts on Tuesday. The European Commission has previously threatened Poland with financial penalties if it does not comply with the ECJ ruling.

Hungary and Poland meanwhile filed a complaint with the ECJ on Thursday regarding the bloc’s intention to link payments with rule of law conditions. The court procedure will delay the adoption of the EU plan. “We are challenging the rule on conditionality before the Court of Justice of the European Union, together with Poland,” said Hungarian Justice Minister Judit Varga. “We can’t keep that EU legislation in force, which seriously infringes legal certainty.” The mechanism allows the EU to withhold funds from certain countries if they fail to uphold basic standards, such as judicial independence. Both Hungary and Poland have opposed the new mechanism. Both countries have been criticised by the EU for eroding civil and democratic principles.

Romania reported more than 5,000 new cases of coronavirus on Thursday, the highest number in more than two months. One-fifth of the new cases were posted in the capital Bucharest. Cases have shot up over the past seven days with some medics saying the country is now experiencing a third wave. The Romanian authorities have imposed a 10pm curfew to try and slow the spread of the virus, but have so far ruled out taking any further measures.

Czech billionaire Petr Kellner is poised to become a dominant shareholder in Moneta Money Bank after a successful voluntary buyout, kicking off the next phase of his plan to take over the lender. Kellner’s PPF Group will pay 11.3 billion Czech crowns (432.5 million euros) for shares submitted by Moneta owners during a recent tender offer, it said in a statement on Thursday. If approved by the central bank, this will increase the richest Czech’s stake in the Prague-traded bank to just over 28 per cent.

Slovenian food tech start-up Juicy Marbles has unveiled what it claims is the world’s first 100 per cent plant-based, whole cut filet mignon that bears the fatty marbling found in a real cut of animal-based steak. The Ljubljana-based start-up, which recently graduated from the prestigious Y Combinator accelerator, says that it has managed to develop such a hyper-realistic version of the premium steak through its patent-pending Meat-o-Matic Reverse Grinder technology. The plant-based tenderloins developed by the start-up are currently available to consumers through its “steak-testing” programme on its website, selling for 147.50 US dollars per 600 gram package.

Croatia is encouraging digital nomads from around the world to move there in a new campaign aimed at remote workers. “Croatia, your new office!” is the name of the campaign, launched by the Croatian National Tourist Board. The aim is to position Croatia as an attractive destination for digital nomads, with the primary target markets including the UK, US and Canada. Croatia is one of the first members of the European Union to launch special one-year temporary stays for remote workers. “Digital nomads are an excellent opportunity for the Croatian economy, and we are pleased with the fact that digital nomads are showing increased interest for numerous Croatian cities,” said Minister of Tourism and Sports Nikolina Brnjac.

Belarusian YouTuber Sergei Tikhanovsky, the husband of the Belarus opposition leader Svetlana Tikhanovskaya, and who has been in pretrial detention since May 2020, was this week formally charged with organising mass disorder, incitement of social hatred, impeding the Central Election Commission’s activities, and organising activities that disrupt social order. Tikhanovsky, who intended to run for prison against incumbent Alexander Lukashenko until he was arrested, faces up to 15 years in prison if found guilty on all charges. Svetlana Tikhanovskaya eventually ran for president in her husband’s place, and by any objective measure defeated Mr Lukashenko, who nevertheless declared himself the victor with an implausible 80 per cent of the vote.

Armenian Prime Minister Nikol Pashinyan relieved the country’s Chief of General Staff Onik Gasparyan of his duties on Wednesday, according to an official statement. Pashinyan has been under pressure from the military to step down following a deadly conflict last year with Azerbaijan over the disputed Nagorno-Karabakh region. The prime minister called the demand an attempted coup and began legal proceedings to force out the army’s top general.

The three Baltic states this week called on the European Union to redistribute unused vaccines among member states to increase the inoculation rate and to help curb the spread of the coronavirus. “It is important to consider improving the efficiency of our joint vaccination efforts and to further foster solidarity between the member states by introducing a re-distribution mechanism,” the health ministers of Lithuania, Latvia and Estonia wrote in a March 9 letter to the EU’s health chief, Stella Kyriakides. The Baltic call comes after the EU earlier this month redirected vaccine deliveries to Austria, Czechia and Slovakia when those countries faced shortfalls. The bloc now allocates the shots on a pro rata population basis for the 27 member states.

On Tuesday, Estonia’s government banned groups larger than two people, closed non-essential shops and told restaurants to switch to take-aways as part of a drive to contain a surge in Covid-19 infections. Primary school will have to switch to online education, which was mandated to older students earlier this month as the country battles the second highest per capita rate of infections in the European Union after Czechia.

Kosovo on Tuesday sent a military platoon to Kuwait to take part in the country’s first ever international peacekeeping mission. A ceremony was held at the army barracks in the capital, Prishtina, in the presence of top leaders and western military attaches. “It’s extremely important because 22 years after the war, we’re not just importing peacekeeping troops, we’re also exporting them,” said the country’s acting president, Vjosa Osmani. Kosovo is sending the unit on a six-month tour following a request from the US Central Command. Its troops will be under the command of the National Guard of Iowa.

Kosovo’s football federation meanwhile warned its Spanish counterpart this week to respect the country’s sovereignty when they play a World Cup qualifier in Seville later this month. The federation took issue with the Spanish national team’s references, in a press release and on Twitter, to Kosovo as a “territory”. The teams are scheduled to play on March 31. “We shall play only in line with the strict UEFA criteria and rules, with the state anthem and flag, otherwise the match won´t take place,” the Kosovo football federation said a statement. Kosovo and Spain are in World Cup Qualifying Group B, together with Sweden, Greece and Georgia. Spain, Greece and Georgia do not recognise Kosovo’s 2008 declaration of independence from Serbia.

Serbia this week launched a tender for the construction of a 109-kilometre pipeline linking the country with Bulgaria’s gas distribution system. The total estimated investment value of the project is 85.5 million euros, and it will be financed through 49.6 million euros in non-refundable aid from the European Union, a 25 million euros loan from the European Investment Bank (EIB) and funds provided by state-owned gas monopoly Srbijagas, the government said in a statement on Tuesday.

Albania’s political parties should be transparent on how they finance their political advertising on Facebook’s pages before next month’s election, the social media giant said on Monday. “All electoral and political ads in Albania must come from authorised advertisers and include ‘Paid for by’ disclaimers,” Facebook said in a statement. Parliamentary elections are scheduled to take place in Albania on April 25. Because of the coronavirus pandemic, the electoral campaign is expected to play out in large part on social media, including Facebook.

Uzbekistan should ensure that its new Criminal Code does not just tinker with some problematic provisions, but reflects meaningful reform, Human Rights Watch said this week. The new Criminal Code should seek in good faith to comply fully with international human rights treaties to which Tashkent is a party. While the draft law contains some moderate improvements, it also retains many provisions that violate the rights to freedom of speech, association, and religion. “All eyes are on Uzbekistan following President Mirziyoyev’s pledge at the Human Rights Council to make human rights central to reforms,” said Mihra Rittmann, senior Central Asia researcher at Human Rights Watch. “Now is not the time for a false start, but the time to make good on the president’s words and ensure that all abusive provisions are removed from the draft Criminal Code.”

BP abandoned three oil projects in Kazakhstan after it changed strategy to concentrate on renewable energy and its existing ventures. The European major sent a letter to state-run KazMunayGas in October last year, saying that after 18 months of work to evaluate such offshore blocks as the Bolshoy Zhambyl, Zhemchuzhnaya and Kalamkas Sea it decided not to pursue them with future investments, according to the letter, which was published on the KazMunayGas website on Wednesday. Last year BP said it would restructure the company to focus on cleaner energy and shrink its hydrocarbon business by 40 per cent over the coming decade.

Two correspondents from RFE/RL’s Tajik service were assaulted this week in the capital, Dushanbe, while preparing a report on gasoline price hikes. Shahlo Abdullo and Mullorajab Yusufi were assaulted as they interviewed a driver at a gas station. “The attack on two of our reporters in Tajikistan who were only doing their jobs is absolutely unacceptable,” said RFE/RL President Jamie Fly. “We expect Tajik police to fully investigate this incident and make sure the rights of journalists to report openly and without obstruction is protected now and in the future,” he added.

Why it might be time for CEE to take a closer look at Nigeria
Tensions in Georgia rise once more, despite OSCE signing off on election
Comment