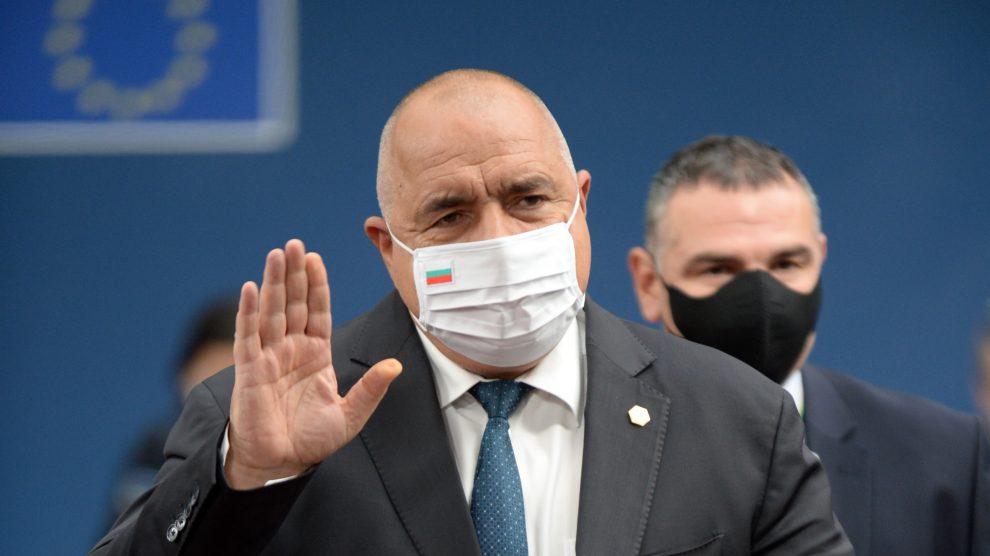 Bulgarians will head to the polls on April 4 for a parliamentary election amid a surge of coronavirus cases and following months of anti-government protests. However, incumbent Prime Minister Boyko Borissov’s centre-right GERB party is ahead in most opinion polls, despite accusations of endemic corruption. According to most opinion polls, GERB is likely to remain the country’s largest party, with around 28.5 per cent of the vote. The opposition socialists (BSP) average 22.9 per cent in most polls, although one poll this week gave the BSP a slight lead over GERB.

Hungary on Wednesday recorded its deadliest day of the Covid-19 pandemic so far, struggling to contain the latest surge of new coronavirus cases even as its vaccine roll-out speeds up. The government said that 302 people died on March 31, bringing the country’s total death toll to 20,737. The record toll came just days after Prime Minister Viktor Orbán said he had no doubt Hungary would have a “free summer” thanks to the number of vaccine doses it was administering. According to data from the European Centre for Disease Prevention and Control, 23.7 per cent of adults in Hungary have received their first dose of the vaccine, more than any other country in the EU with the exception of Malta.

Croatia’s government this week announced that it would welcome visitors who have been vaccinated against Covid-19, including those who have been administered Chinese and Russian vaccines, neither of which have been approved by the European Medicines Agency. Tourists possessing certification that they have recovered from Covid-19 will also be welcome, the government said, as well as those who have tested negative. Croatia is keen to ensure that its summer tourist season is a success, as the sector accounts for almost a fifth of the country’s GDP.

Slovenia meanwhile went into its third lockdown in a year on Thursday in order to slow the spread of coronavirus infections. The lockdown is planned to continue until at least April 11, with the exception of Easter Sunday, when up to two households will be able to mix. On March 31, Slovenia recorded 1,558 new cases of Covid-19, a two-month high.

The European Commission is taking Poland to the European Court of Justice (ECJ) over changes to its legal system that it argues “undermines” judicial independence, it said on Wednesday. Brussels wants the bloc’s highest court to make an interim order suspending a 2019 Polish law until a final judgment is delivered. EU Justice Commissioner Didier Reynders told a news conference: “The Commission believes that the law infringes upon the independence of the judiciary in Poland and is incompatible with the primacy of the law of the [European] Union.”

Japan Tobacco International (JTI) will invest 60 million euros over the next three years to upgrade the production capacities of its factory in Romania, it said on Wednesday. Romania is currently the third largest European cigarette manufacturer after Germany and Poland. According to the Romanian National Institute of Statistics, exports in 2020 totaled over 1.3 billion euros.

The US will sanction nine petrochemical companies from Belarus next month unless President Alexander Lukashenko releases political prisoners and starts talks with his opponents, the State Department said Wednesday. “Regrettably, we find the human rights situation has deteriorated to arguably the worst point in Belarus’s independent history,” spokesman Ned Price said during a press briefing. State-owned petrochemical giant Belneftekhim, the Naftan refinery and seven other companies may lose protection under a general license from the Treasury Department that was issued in 2015 after Lukashenko released a previous batch of political prisoners.

The leader of the Belarus opposition meanwhile, Svetlana Tikhanovskaya, was this week named as Emerging Europe’s Public Figure of the Year. “I am extremely honoured and humbled to receive the Public Figure of the Year Award,” said Mrs Tikhanovskaya. “When I joined the presidential campaign in the summer of 2020, I was frightened but I wanted to help. I wanted injustice to come to an end. How surprised I was to see a wave of solidarity and support throughout the country. We have mobilised hundreds of thousands of people – looking in the same direction and sharing the same aspirations.”

The United States on Wednesday expressed concern about what it called escalations of Russian aggression in eastern Ukraine, where Ukrainian forces have been fighting Russian-backed separatists since 2014. Secretary of State Antony Blinken spoke by phone with Ukrainian Foreign Minister Dmytro Kuleba, and General Mark Milley, chairman of the Joint Chiefs of Staff, made calls to his Russian and Ukrainian counterparts. Blinken expressed the administration’s “unwavering support for Ukraine’s sovereignty and territorial integrity in the face of Russia’s ongoing aggression” in eastern Ukraine and Crimea, the State Department said.

EU-mediated negotiations to end the political crisis in Georgia have once more ended in failure. The compromise proposed by EU envoy Christian Danielsson was rejected Tuesday evening by both the ruling Georgian Dream and the group of opposition parties led by United National Movement (UNM). After a long meeting, the European mediator said that he would present the results of his mission to the President of the European Council, Charles Michel, and would then decide when and in what form the EU mediation process would continue, or whether it would continue at all. The UNM – which along with other opposition parties is currently boycotting parliament – is pushing for early parliamentary elections, and plans to hold a major protest in the capital Tbilisi on May 15.

Armenian Prime Minister Nikol Pashinyan announced this week that he will resign, although he is expected to stay in office until snap parliamentary elections are held on June 20. His resignation is part of an effort to curb the political crisis in the country. Unrest erupted in Armenia after Pashinyan in November signed a Russian-brokered ceasefire agreement with Azerbaijan that ended six weeks of fighting for control of the disputed Nagorno-Karabakh region.

Estonia on Tuesday said that it was extending all Covid-19 restrictions by two weeks until April 25, and said travellers arriving from Latvia, Lithuania and Finland – previously exempt – would now need to isolate for 10 days. The government said the extension applied to measures that had been due to expire on April 11 restricting education, sports, public events and youth work, including the closure of spas, water parks, and swimming pools. Restaurants may sell only takeaway food, and all shops except those selling essential goods must close, it said. Schools will have to continue teaching online.

Lithuania, the European Union’s fastest-growing fintech hub, is seeing an “evolutionary” shift away from traditional banks with surging transactions for e-money and payment companies, outgoing Central bank Governor Vitas Vasiliauskas told Bloomberg this week. “The ecosystem for fintech is there, which means we can expect some changes in competition for financial services,” Vasiliauskas, who also sits on the European Central Bank’s Governing Council, said this week in an interview. “We need additional time for bigger changes because fintechs have to grow stronger. But in the field of payments, from year to year, we see an evolutionary decreasing role of the banking sector and an increase for fintechs.”

Thousands of people from across the Balkans traveled to Serbia last weekend to get their first dose of a coronavirus vaccine. As many as 22,000 people made the trip on Saturday and Sunday to Serbia, which has the fastest inoculation campaign in mainland Europe. The iniative included some 8,500 doses given to entrepreneurs from Bosnia and Herzegovina, Montenegro, North Macedonia, Kosovo and Albania to help local and regional companies stay afloat in the pandemic, said Marko Čadež, the head of the Serbian Chamber of Commerce, who proposed the drive.

Montenegro’s government this week adopted a 2021 draft budget envisaging a deficit equivalent to three per cent of GDP, the country’s prime minister Zdravko Krivokapić said on Wednesday. The draft budget targets revenues of 1.880 billion euros, up 14.7 per cent compared to last year, and expenses of 2.019 billion euros, down 2.2 per cent. The World Bank meanwhile this week forecast the country would see the highest growth of any country in emerging Europe in 2021, at 7.1 per cent.

Kosovo’s foreign minister has rejected pressure from Turkey over Prishtina’s recent opening of an embassy in the western part of Jerusalem by calling the move “a done deal.” Foreign Minister Donika Gervalla made the remark in an interview with the corruption-reporting website Kallxo.com on March 30. Mostly Muslim Kosovo, which declared independence from Serbia in 2008, established diplomatic ties with Israel in a virtual ceremony on February 1 before establishing the embassy in Jerusalem in March. Gervalla said Prishtina wants to bolster ties with Israel but also seeks “a good friendship, good ties with Palestinian authorities.”

North Macedonia stunned Germany with a 2-1 World Cup qualifying victory in Duisburg on Wednesday in the country’s finest ever win in international football. Germany dominated the match, but although Leon Goretzka hit the crossbar it was the visitors who took the lead when the 37-year-old forward Goran Pandev was left unmarked in the box to tap home in first-half stoppage time. Ilkay Gündogan equalised from the penalty spot in the in the 63rd minute, after which struggling Chelsea striker missed a sitter before Eljif Elmas’s 85th-minute winner earned North Macedonia the victory.

Uzbekistan has upped the pace of its privatisation push, announcing the sale of several major state-owned real estate assets, including five commercial properties in the capital city of Tashkent as well as three mountain resort complexes outside of the capital. “We are committed to a fair, transparent privatisation process that gets state-owned assets into private hands, where they will be operated most efficiently, garner investment and contribute to growth of the economy,” said Akmalkhon Ortikov, the director of UzSAMA, the country’s state asset management agency. “We welcome interest from both domestic and international investors.”

The Committee to Protect Journalists (CPJ) is calling on Kazakhstan to drop the criminal case against a blogger and journalist who went on trial earlier this month on charges of participating in the activities of a banned organisation. In a statement on March 31, the media freedom watchdog urged the Kazakh authorities to immediately release Aigul Otepova from house arrest, drop the charges against her, and “allow her to work safely and freely.” Otepova’s trial started in the capital, Nur-Sultan, on March 15. Authorities accuse her of supporting the Democratic Choice of Kazakhstan (DVK) opposition movement, which has been labeled as an extremist group and banned in the country.

Turkmenistan’s authoritarian leader Gurbanguly Berdymukhammedov has been elected as a member of a newly established senate, in a vote in which there was no opposition and only indirect suffrage. State media in the tightly controlled country reported Berdymukhammedov received “100 per cent” of the vote in the March 29 election, giving him a new position as a lawmaker in the upper chamber. He is already president and head of government.

A deputy health minister in Tajikistan has been dismissed after confusing North and South Korea and forgetting the names of UNICEF and World Health Organisation (WHO) representatives alongside him at a press conference in Dushanbe. President Emomali Rahmon reportedly relieved Samariddin Alizoda of his duties on March 31, less than two weeks after the gaffes were caught on video, going viral and spawning online mockery.

Photo: Council of the European Union