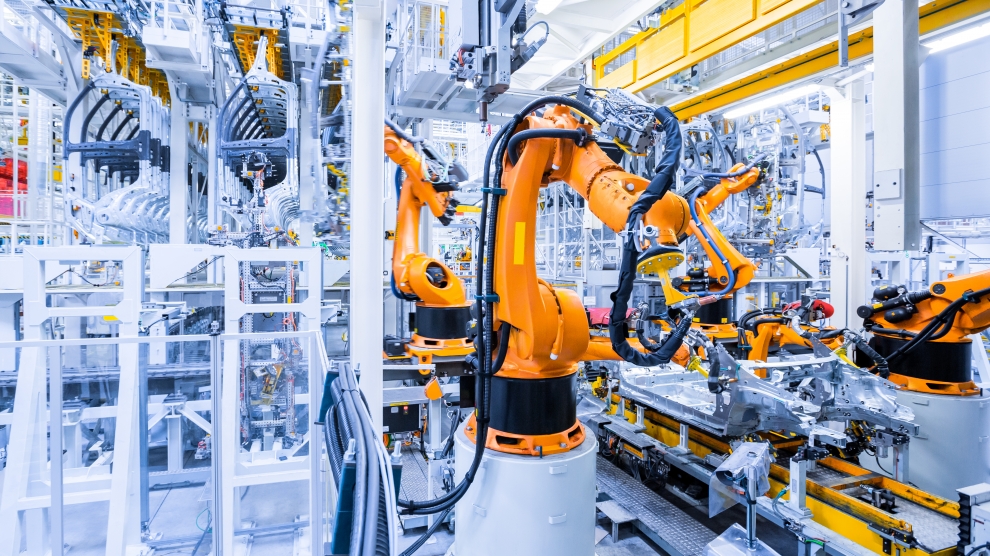 The downturn in central European manufacturing eased markedly in June as economies reopened after the coronavirus lockdown, surveys showed on Wednesday, but the sector was still some way from returning to growth. Manufacturing output plunged as the pandemic brought many plants to a standstill in March and April. Restrictions started to be eased in May. While economists say the worst has passed, central banks and governments in Poland, Hungary and Czechia forecast gross domestic product will shrink by three to eight per cent in 2020.

Croatia is holding a parliamentary election this weekend amid a coronavirus outbreak and with no clear winner in sight. The ballot on July 5 will take place as Croatia, like other parts of Europe, contends with a renewed spike in reported virus cases that followed the reopening of borders and easing of lockdown rules. The country’s current conservative government, which initially handled the public health crisis relatively successfully, is seeking continued support from voters. But polls have suggested a liberal coalition has a slight lead over the ruling Croatian Democratic Union.

Romania’s government on Wednesday laid out its post-Covid recovery plan, promising 100 billion euros of investment to reboot the economy. The plan includes investment in infrastructure, as well as grants and state aid schemes for a variety of companies and industries. The government said its goal was to increase Romania’s GDP members to 87 per cent of the European Union average by 2025. Romania will receive 33 billion euros from the EU’s 750 billion-euro Covid-19 recovery fund.

French hospitality group Accor said on Thursday it aims to open up to 50 hotels under several brands in the coming years in Romania. The company is actively looking for opportunities in the market and plans to open seven new hotels this year in Romania, it said in a press release announcing a partnership for a new ibis hotel near Bucharest’s main airport Henri Coanda. “Accor aims to consolidate a network of 45-50 hotels in Romania under different brands in the coming years. We are actively looking for opportunities in the market, so that we can offer owners and potential investors our full support, the tools that we have at our disposal, as well as our distribution network and expertise,” said Accor Eastern Europe head of development Frank Reul.

Austrian high-tech firm S&T said this week that it had agreed a deal to acquire Slovenian information and communications technology provider Iskratel Group for 37.5 million euros. Kranj-based Iskratel provides ICT to operators of telecommunications, railway and energy networks, as well as to the industrial automation sector.

Czech state-owned hard coal mining group OKD has shut all of its mining operations for six weeks as it battles an outbreak of coronavirus infections. The mines, in the country’s east near the Polish border, have been the Czechia’s main hot spot of new cases in the past few weeks. OKD supplies the northeastern Czech industrial region, near the borders with Poland and Slovakia, with 4 million tonnes of coking and thermal coal per year.

Mate Rimac, the Croatian founder of high-performance electric car maker Rimac Automobili has criticised Croatia’s “obsession” with EU funds. “We’re all looking at this European bag of money and trying to grab a bit of it, and that’s a problem. I think we expect too much from EU funds and that we invest too much time and effort in withdrawing that money, instead of turning to building our own businesses and seeking private investment,” said Rimac.

The International Monetary Fund urged Ukraine on Thursday to maintain the independence of the central bank after Governor Yakiv Smoliy unexpectedly resigned, citing “systematic political pressure”. The negative fallout from Smoliy’s resignation prompted the finance ministry to say it was not going ahead with a planned offering of dollar-denominated Eurobonds. Smoliy’s resignation from the National Bank of Ukraine risks derailing a five billion US dollar deal agreed with the IMF last month to fight an economic slump exacerbated by the Covid-19 pandemic.

Armenia’s economy will contract by four per cent in 2020 due to the negative impact of the coronavirus pandemic, but is expected to recover and grow 5.5 per cent next year, Martin Galstyan, the country’s central bank head, said on Tuesday. The central bank had previously forecast a contraction of 0.7 per cent this year after growth of 7.6 per cent in 2019. The worst-affected sectors of the economy are services and construction as well as international tourism, Galstyan said while presenting the bank’s quarterly inflation report.

The World Bank Group has approved a 45 million euros loan for Georgia to help the country mitigate the economic impact of the Covid-19 pandemic. The World Bank said that the loan was the second in a series of three lending operations as a part of its broader support for Georgia. The first was a financial support package worth 80 million US dollars provided to address the health and social impact of the pandemic, while the third tranche will focus on small and medium enterprises and jobs affected by Covid-19.

Workers on Azerbaijan’s Bahar and Gum-Deniz oil and gas fields have reportedly been threatened with dismissal if they do not sign contracts reducing their salaries by 20 per cent. Employees also claimed not to have been paid for the last two months. Mirvari Gahramanli, the head of the Committee for the Protection of Oilmen’s Rights, a Baku-based NGO, said that oil firm Bahar Energy – which owns the rights to 80 per cent of the Bahar and Gum-Deniz fields – was violating Azerbaijani labour legislation.

Latvia says it has banned the state-controlled Russian television channel RT for as long as network head Dmitry Kiselyov remains on the European Union’s sanctioned persons list for his alleged role in promoting propaganda in support of Russia’s 2014 annexation of Crimea from Ukraine.  Along with being a news executive, Mr Kiselyov is a widely-known journalist and a TV presenter in Russia. He is subject to sanctions in all EU territory. Latvia said it would inform media regulators in other EU member nations of its decision and is urging them to also ban RT.

Russia has told the UN atomic watchdog there have been no nuclear incidents on its territory that could explain elevated but still harmless levels of radioactive particles detected on the Baltic Sea last week, the UN agency said on Tuesday. A separate body, the Comprehensive Nuclear-Test-Ban Treaty Organization (CTBTO), which watches for nuclear weapon tests, last week said that a monitoring station in Sweden had found higher-than-usual levels of caesium-134, caesium-137 and ruthenium-103. The CTBTO said they were produced by nuclear fission.

NATO has put a defence plan for the Baltic states and Poland into action after Turkey dropped its objections, officials from Lithuania, Poland and France have said. The plan for Poland, Lithuania, Latvia and Estonia, details of which are classified, was drawn up at their request after Russia annexed Crimea from Ukraine in 2014. It was approved at a NATO summit in London in December. But Turkey did not initially allow NATO chiefs to put the plan into action unless they recognised the Kurdish YPG militia in northern Syria as a terrorists.

Even though Lithuania’s economy stood up to the initial shock of the coronavirus pandemic relatively well, the real fallout from Covid-19 will be felt in the autumn, a presidential advisor said on Thursday. “The economic fallout of the pandemic is likely to manifest itself the most in fall through a higher level of unemployment and stalling export markets,” Simonas Krėpšta told the LRT Radio. The country’s unemployment rate has already started to climb, he added. “The processes in the economy are rather inert. We see what is going on in our export markets, in the European Union, which is expected to suffer one of the biggest economic downturns since World War 2,” Krėpšta said.

The near-term outlook for the Albanian economy remains challenging, reflecting the significant impacts from the November 2019 earthquake and the Covid-19 pandemic, said the International Monetary Fund this week following a staff visit to the country. As in other parts of the world and reflecting Albania’s dependence on tourism and remittances, the economy is expected to contract sharply in 2020 and see a rebound in 2021. The IMF also expressed concern over plans to exempt all small businesses from profit tax and VAT.

Serbia has tightened Covid-19 restrictions again after recording its highest spike in coronavirus cases since April. Three hospitals in Belgrade, after a break of just a month, have been transformed back into coronavirus-only facilities. “The beds fill up at an express speed as soon as they are made available to patients with Covid-19,” a doctor from one of the hospitals told news agency AFP. After coming through the first wave of the epidemic in early May, Serbia has seen a resurgence in the number of cases, officially rising from around 50 daily infections a month ago to more than 350 on July 2.

Zijin Bor Copper, the Serbian unit of China’s Zijin Mining Group, plans to invest 1.12 billion euros in capacity and equipment overhaul, as well as environmental and safety improvements at the Bor mining complex, deputy managing director Simon Ling said this week. “In a year and a half since we took over RTB Bor, we have invested about 600 million euros. We believe in the future of the company in Serbia and we do not intend to reduce the investment,” added Mr Ling.

The European Commission said it has presented to the European Union member states the draft negotiating frameworks for North Macedonia and Albania, thus paving the way to the formal opening of the accession negotiations with each country. The proposals – which establish the guidelines and principles for the accession negotiations with the candidate countries – were built on a revised enlargement methodology aimed to make the accession process more credible, with a stronger political steer, more dynamic and predictable, the Commission said in a statement on Wednesday.