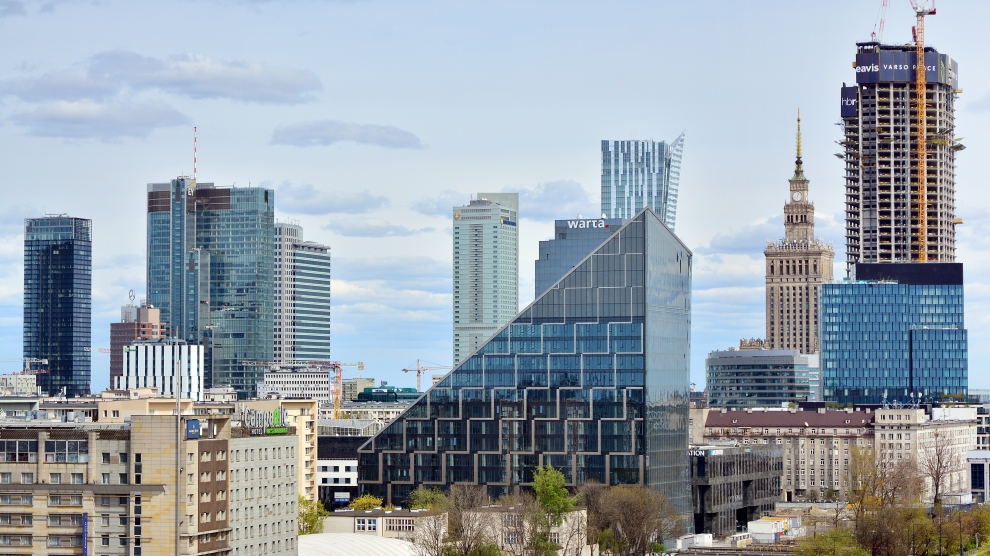 Poland will return to economic growth in 2021, around 4-4.5 per cent, Finance Minister Tadeusz Koscinski said on Thursday. The ministry is in no rush to amend the state budget strained by the economic slump caused by the coronavirus pandemic, as “public finances are healthy”, Koscinski told a news conference. Poland had 17 billion zloty (3.78 billion euros) deficit in the first half of the year. Earlier this week the central bank said the Polish economy may contract by 4.2-7.2 per cent this year.

The National Bank of Hungary will further ease the terms of its 1.5 trillion forint (4.22 billion euros) cheap loans scheme to help businesses access cheap funding amid the coronavirus pandemic, a deputy governor said on Wednesday. NBH Deputy Governor Csaba Kandracs told national news agency MTI that the bank would cut capital requirements attached to the lending under the programme by as much as two per cent and introduce regulatory support for participation in a bond buying scheme launched last year.

The European Union’s top court fined Romania on Thursday for delays and incomplete application of the bloc’s rules against money laundering and terrorist financing, it said in a statement. Romania was ordered to pay to the European Commission a lump sum of three million euros.

Bulgaria’s unemployment rate dropped to 8.3 per cent in June from nine per cent in May as the Balkan country’s labour market slowly recovers from stringent restrictions aimed at containing the coronavirus, data from the state employment agency showed on Wednesday. The jobless rate was 5.2 per cent in June 2019. About 35 per cent of the people who lost their jobs since the middle of March due to the coronavirus crisis have already taken their old jobs back and government-funded programmes have also helped limit dole-queues, the agency said.

Croatia’s new government, which will be led by the ruling centre-right Croatian Democratic Union (HDZ) and outgoing prime minister Andrej Plenković, is expected to be voted in office next week. Mr Plenković said that said some of the current ministries will be merged and the new cabinet will be smaller. He also announced plans to reduce income and profit taxes, as well as VAT.

A passenger train crashed into a freight train near the Czech capital Prague on Tuesday, killing one driver and injuring dozens of passengers. The Czech Rail Safety Inspectorate said the driver of the passenger train’s engine died in the crash near the station of Cesky Brod just east of Prague shortly after 9:30 p.m. The inspectorate said the passenger train smashed into the standing freight train. The regional rescue service said up to 35 passengers were injured. Some were transported to hospitals for treatment by helicopters. There were about 100 people onboard.

A Dutch city has severed its longstanding ties with its twin in Poland after the Polish municipality established itself as an official “gay-free zone”. The city council of Nieuwegein, south of Utrecht, voted almost unanimously to end its friendship with Puławy in eastern Poland. The municipality 80 miles from Warsaw is one of 100 that have vowed to discourage tolerance and avoid providing financial assistance to NGOs working to promote equal rights.

Azerbaijan and Armenia accused each other of shelling military positions and villages on Thursday, breaking a day of ceasefire in border clashes between the two former Soviet republics. Eleven Azeri soldiers and a civilian, and four Armenian servicemen, have died since Sunday in renewed conflict between countries who fought a 1990s war in the mountainous Nagorno-Karabakh region. International concern is heightened because of the threat to stability in a region serving as a corridor for pipelines taking oil and gas from the Caspian Sea to global markets.

Kristalina Georgieva, the managing director of International Monetary Fund (IMF), this week voiced concerns about the pressures being put on the National Bank of Ukraine (NBU). “The reform of the NBU and its performance over the past five years is a clear success story for Ukraine. An independent central bank helps macroeconomic stability, supports investors’ confidence, and protects the financial system—all crucial preconditions for investment and growth. The credible policy actions of the NBU have been instrumental in stabilizing the economy. The successful clean-up of the financial sector – which was ravaged by fraud – is also credit to the supervisory work of the NBU,” Dr Georgieva told Ukraine’s president, Volodymyr Zelensky, in a phone call.

Belarusian President Alexander Lukashenko dismissed Western criticism on Wednesday after his two main challengers were barred from next month’s presidential election and police detained over 250 protesters. The European Union delegation to Belarus said excluding the two rivals “undermines the overall integrity and democratic nature of the elections”, and Europe’s election watchdog expressed concern about “key aspects of the electoral process”. Defending the police handling of protests over the ban on the two challengers, Mr Lukashenko said countries such as France and the United States had used greater force against protesters and accused the West of double standards.

The European Bank for Reconstruction and Development (EBRD) has welcomed a set of key energy efficiency laws that are being adopted by the government of Georgia. The two new pieces of legislation – the Law on Energy Efficiency and the Law on Energy Performance of Buildings – are important milestones for Georgia in meeting its requirements under the Deep and Comprehensive Free Trade Agreement (DCFTA), as well as its membership of the Energy Community, an international agreement that brings the European Union and its neighbours together to create a pan-European energy market. The laws will enable Georgia to realise energy savings of 14 per cent by 2025, thereby helping the country to meet its international obligations in combating climate change, increase its energy security and strengthen its energy links with the EU.

Two pro-EU parties in Moldova’s parliament — the Party of Action and Solidarity (PAS) led by former prime minister Maia Sandu and the Dignity and Truth Platform party — have jointly filed a no-confidence motion against the government of Prime Minister Ion Chicu. The motion will need the support of all other opposition parties if it is to bring down the governing coalition led by the Moldovan Socialist party (PSRM).

Kormotech, a family-owned pet food manufacturer from Ukraine, has opened a new factory in Lithuania. The company hopes that the factory, in the Kėdainiai Free Economic Zone, will help it achieve its aim of becoming one of the top 50 players in the global pet food industry by 2023. “Kėdainiai FEZ offers us multiple benefits,” said Rostyslav Vovk, owner and CEO of Kormotech. “First, there is the geographical advantage that paves the road for further expansion in Europe. Second, we get favourable conditions for doing business, including income tax breaks for the first 10 years of operations.” 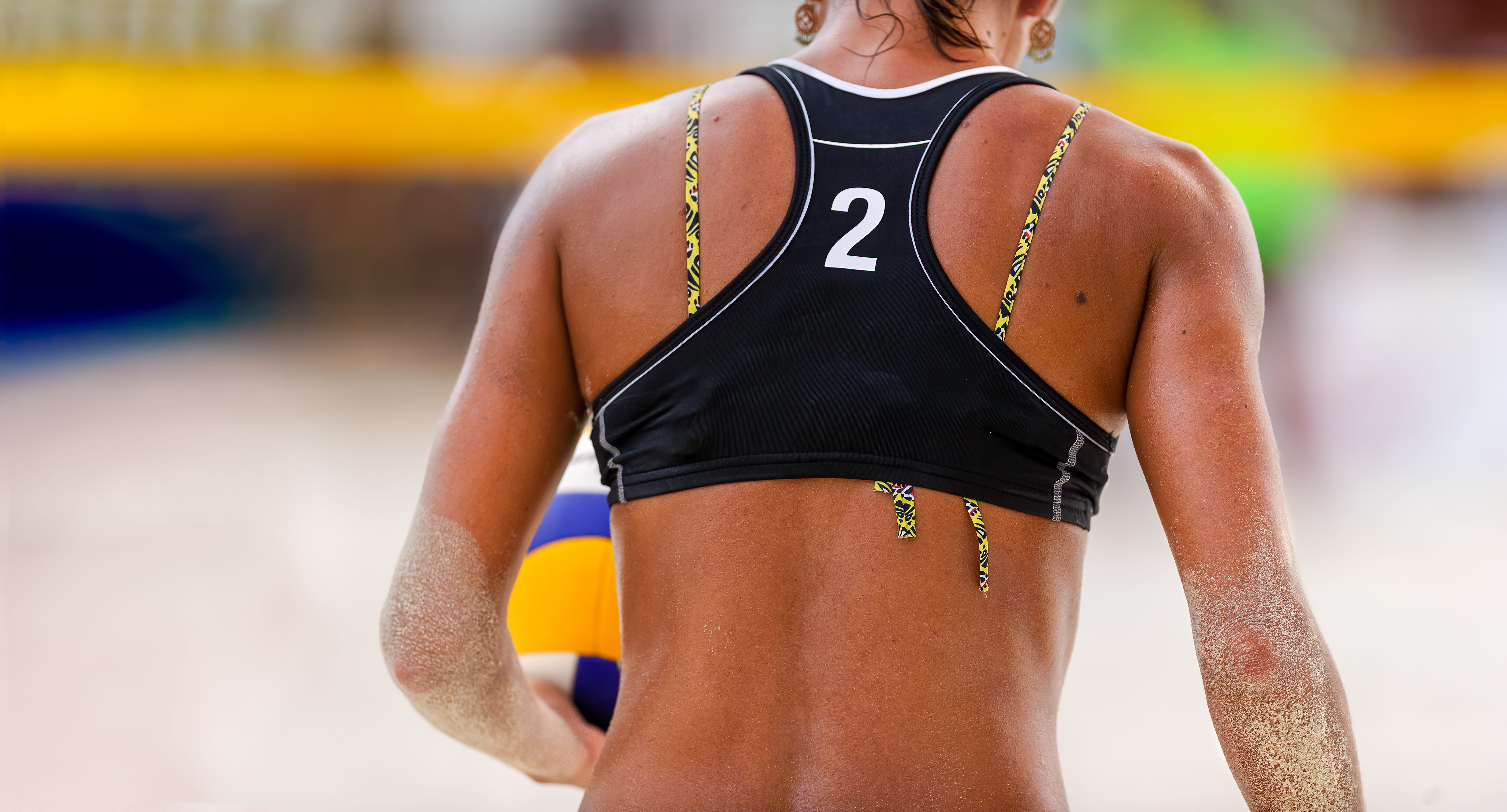 The European Volleyball Confederation (CEV) has confirmed that the 2020 edition of the European Beach Volleyball Championship, otherwise known as EuroBeachVolley, will take place in the Latvian city of Jūrmala from September 16 to 20. Anti-coronavirus measures are set to be implemented. “We are delighted that we can offer the top European beach volleyball athletes a unique platform to perform during this challenging time,” said CEV President Aleksandar Boričić.

After prematurely declaring the country free of Covid-19 in June, authorities in Montenegro have now admitted it has the highest number of active cases per 100,000 of the population in the Western Balkans. Montenegro, as well as neighbouring Serbia, was this week removed from the EU’s “safe list” of countries from which people can travel to the bloc without restrictions.

The leaders of Serbia and Kosovo held their first face-to-face talks in 20 months this week under a European Union-mediated dialogue process aimed at normalising relations between the two countries. Serbian President Aleksandar Vučić and Kosovo’s prime minister, Avdullah Hoti, came away from the talks in Brussels still far apart on a host of issues but agreed to meet again in-person in early September. Technical-level talks will continue among officials.

Bosnia’s Republika Srpska has awarded a 50-year concession contract to UK-based EFT Group for the construction of a 104 million marka (53 million euros) photovoltaic (PV) plant in the southern municipality of Bileca, the entity’s energy ministry said. The contract was signed on July 14 by the Republika Srpska’s energy minister Petar Djokic and the head of EFT’s local unit – Energy Financing Team SE Bileca – Ranko Cokorilo, the ministry said in a statement.

The European Commission this week signed a memorandum of understanding (MoU) with North Macedonia to pave the way for the disbursement of 80 million eruos in macro-financial assistance (MFA). This is the first MoU signed as part of a three billion euros MFA package that the Commission proposed for 10 enlargement and neighbourhood partners to help them limit the economic fallout of the coronavirus pandemic.

The world’s most popular audio streaming subscription service, Spotify, has launched its service in 13 new markets across Europe, including Belarus and all of the countries of the Western Balkans. The 13 new markets are Albania, Belarus, Bosnia and Herzegovina, Croatia, Kazakhstan, Kosovo, Moldova, Montenegro, North Macedonia, Russia, Serbia, Slovenia and Ukraine. With the new expansion, Spotify now reaches a current total of 92 markets worldwide.

After Poland’s election: Behind the smiles, a country divided
Lithuanian and Kurdish scientists suggest MMR vaccine could protect children from Covid-19
Comment