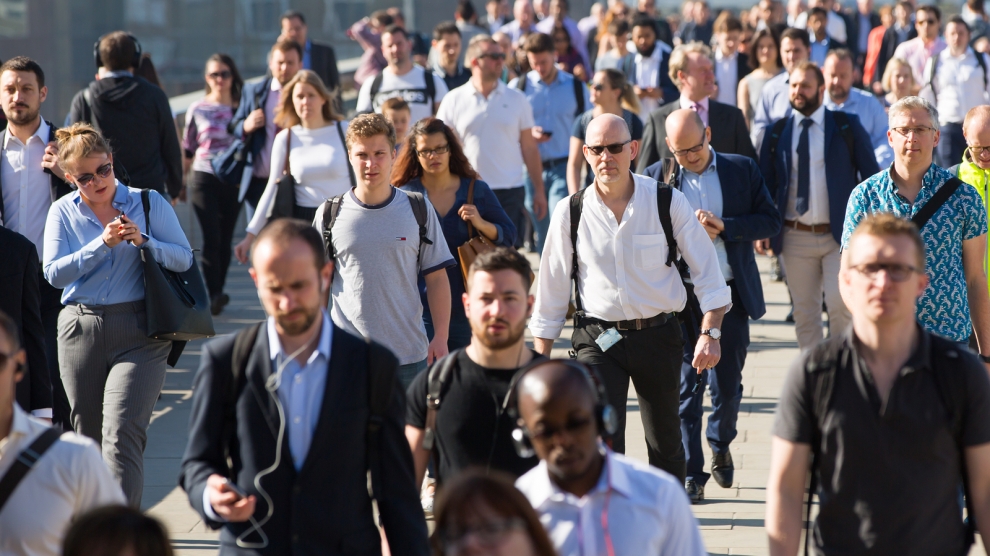 The UK is losing increasingly large numbers of European migrant workers, particularly from emerging Europe. Uncertainty regarding Brexit has meant that many migrant workers, fearful for their livelihoods, are beginning to consider their options, including a return home.

In a recent in-depth look at the problem, The Guardian pointed out that until recently Britain was held in high esteem among migrant workers, particularly from the former eastern bloc. The UK economy offered them better pay, greater opportunity, higher living standards and more rewarding work than at home. There was a special view of Britain in Poland in particular. Britain and Poland had stood shoulder to shoulder through some of the most significant moments of the last century.

This effects on the UK labour market could be considerable.

According to data published by the UK’s Office of National Statistics (ONS), the number of vacancies increased by 16,000 to 870,000 in the three months leading up to January 2019. Services have been the hardest hit, accounting for 88.2 per cent of vacancies. In wholesale, retail trade and repair of motor vehicles sectors there were 140,000 vacancies, while in the areas of human health and social work there were 131,000 vacancies.

Since the Brexit referendum of 2016, there has been an increasing number of EU workers leaving the UK and returning home. In 2018 alone 76,000 migrant workers from the EU left the UK. However, twice (156,000) as many non-EU workers entered the UK during the same period.

“With fewer EU nationals working in the UK as the same time last year, it’s vital that the government recognises the need for a flexible post-Brexit migration system to avoid worsening skill and labour shortages,” Jon Boys, labour market economist for the Chartered Institute of Personnel and Development, told the Guardian.

“EU workers helped to grow the British economy out of the last recession. The research from economists is clear: migrants contribute more than they extract. Britain’s old reputation now lies in tatters. The message is clear: we want your money, but not your people. Eastern Europeans no longer flock to Britain; quite the reverse,” reports the Guardian.

Brexit, however, is not the only reason for departure. Many are leaving because the opportunities offered at home have improved.

“Looking at the economic conditions in Poland, I would say that over the 12 years since I left, the overall prices maybe increased by 30-40 per cent, but wages are much, much higher,” Maciej Artur, a Pole who has been living and working in the energy industry  in the UK since 2007, told the Guardian.

“According to EU figures analysed by accountancy firm Grant Thornton, real pay in Poland has risen by about 22 per cent in the years since the financial crisis, while other former eastern bloc nations have also seen rapid pay increases as their economies catch up with the rest of the EU. Over the past 25 years, Poland’s economy has doubled in size. GDP per capita has gone from 32 per cent of the western European average to 60 per cent,” the paper writes.

With growing economies and a shortage of workers in many of the emerging European markets, it is no surprise that governments are launching programmes and campaigns to encourage emigrants to return, bringing with them knowledge and skills learnt abroad.

“Worried about Brexit? Come to Germany where you get better salaries, better weather, tastier food — and a shorter trip for visits home to Poland,” reads a recruitment ad from the university hospital of Düsseldorf which was published in two Polish newspapers in Britain.

“It is more than a friendly Brexit lifeline extended to citizens of a neighbouring country: the hospital is in dire need of nursing staff and is hoping to fill that shortage with experienced professionals whose time in Britain may be running out. We have already received our first inquiries. The ads were deliberately written in a tongue-in-cheek style, but we also wanted to offer an alternative to Polish colleagues, namely the security of an EU country,” Torsten Rantzsch, the director of nursing at the university hospital of Düsseldorf told the Associated Press.

“We deliberately kept the advertisement in German, because we wanted to address German-speaking nursing staff,” said Mr Rantzsch, adding that the hospital needs to hire 100 nurses.

Whatever the impending outcome of Brexit is, it is very likely that migrants from EU countries will look home or to other EU markets for jobs, thus creating a labour shortage in the UK. For migrants from emerging Europe it would appear that their skills and experiences are needed not just in their home markets but in other EU markets too, providing them with a wide range of opportunities.