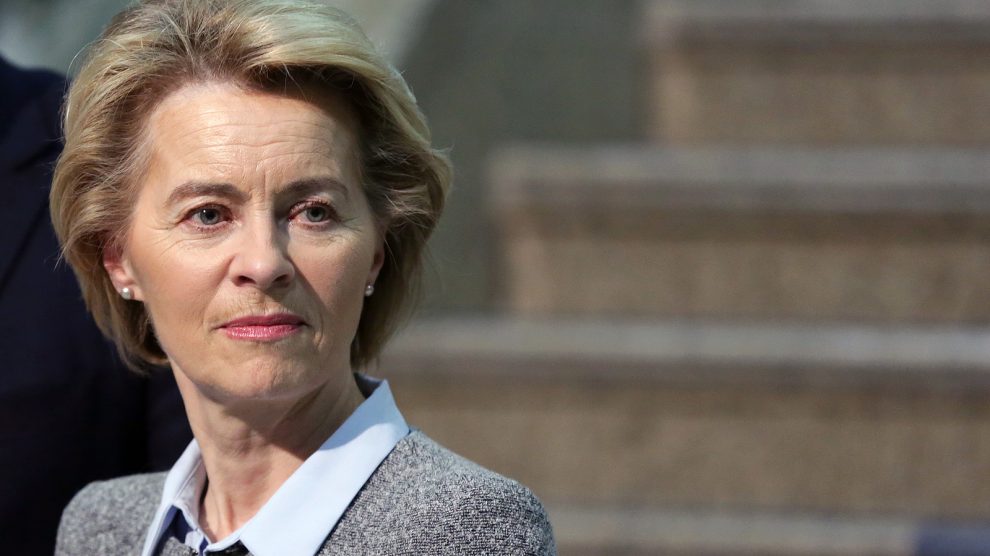 For years, voices in Poland’s government and ruling party have claimed that the European Commission has been attempting to undermine it.

Now, in a twist worthy of a high quality political drama, the Commission itself could face a vote of no confidence after it approved payments for Poland worth 35.4 billion euros, part of the EU’s Covid-19 Recovery and Resilience Plan.

The irony will be lost on few in Brussels, or indeed Warsaw.

On June 6, furious that the Commission last week gave Poland the green light to start receiving EU cash despite ongoing concerns over the rule of law, three senior MEPs called for a vote of no confidence in the Commission, led by President Ursula von der Leyen.

The Commission had initially withheld money from Warsaw over its failure to roll back measures that it claims have undermined judicial independence and violated both Polish and EU law.

Earlier this year, the European Court of Justice dismissed complaints from Hungary and Poland against a mechanism that ties EU funds to democratic standards.

But last week, on a visit to the Polish capital, von der Leyen said that money would begin to flow as long as Warsaw pressed ahead with judicial reforms, citing Poland’s solidarity with the people fleeing the war in Ukraine (some 3.5 million people, more than half of all Ukrainians who have fled the home country, are currently residing in Poland) as well as the country’s plans to spend 43 per cent of its Recovery and Resilience Plan money on meeting its climate objectives.

Poland’s ruling Law and Justice party (PiS) has for years been locked in battle with the European Commission, backed by the European Parliament, over changes to the country’s judiciary, which Brussels claims has seen its independence undermined.

Central to the dispute is a special disciplinary chamber for judges which the EU has said can be used as a tool of political influence to remove judges believed to be hostile to the PiS.

Poland’s lower house of parliament has already voted in favour of a bill that would replace the chamber with a new body, but its critics say it does not tackle the core problem of the politicisation of the judiciary.

The upper house of parliament meanwhile, the Senate, has proposed amendments to the bill that would ensure judges who were dismissed return to their previous roles and that all decisions of the disciplinary chamber would be annulled.

However, these are likely to be rejected when the bill returns to the lower house.

While von der Leyen last week made sure that Poland knew it was still on notice, saying that “Poland must demonstrate by the end of 2023 that all unlawfully dismissed judges have been reinstated”, for some MEPs, and members of her Commission, the safeguards do not go far enough.

“If von der Leyen continues to refuse to seriously apply rule of law conditionality we will withdraw our support [of the Commission],” said Guy Verhofstadt of the Renew Europe group and a former Dutch prime minister.

In a letter to Renew Europe MEPs announcing his intention to begin no confidence proceedings against von der Leyen, also signed by the group’s vice-president Luis Garciano and Dutch MEP Sophie in’t Veld, Verhofstadt wrote: “The Commission is fully aware that the remedies announced by Poland are purely cosmetic…by calling these and other changes ‘milestones’ the Commission shows that it has no intention to uphold ECJ rulings and that it has given up any leverage to restore the rule of law in Poland.”

Five Commissioners also went on record last week as disagreeing with the decision to give Poland the green light to start receiving Brussels money.

While the motion of no confidence can be put to a vote if it is signed by just 10 per cent of the 705-seat European Parliament, it would need a two-thirds majority to actually force the dismissal of the Commission.

This is highly unlikely, given that von der Leyen hails from the largest party in the European Parliament, the centre-right European Peoples’ party, which has 176 seats. The European Conservative and Reform group (which includes PiS), has an additional 64 seats. The Identity and Democracy group, which would also support Poland, has a further 65 seats.

While the parliament has never before dismissed a Commission, in 1999, following accusations of corruption, the Commission of Jacques Santer was forced to resign after only narrowly winning a no confidence vote.