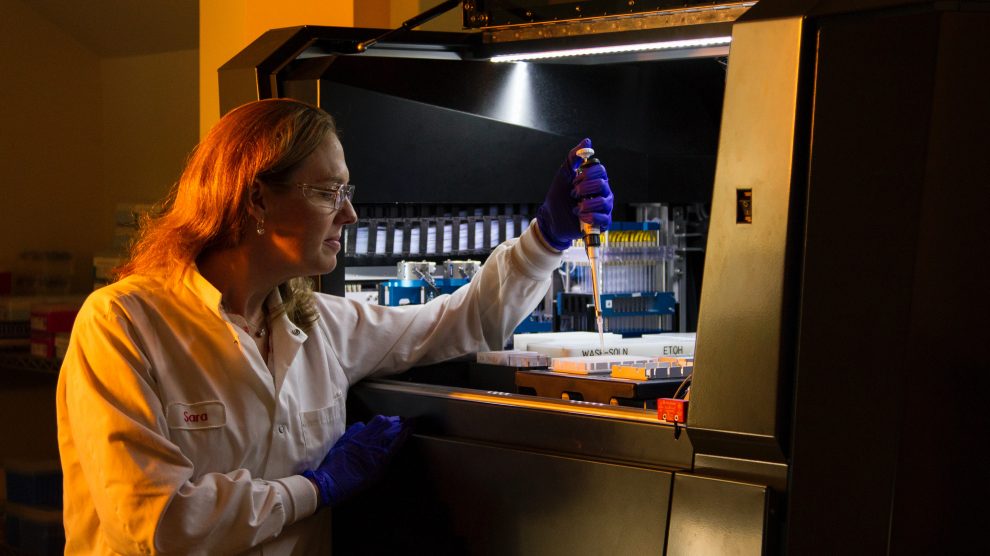 BMG Labtech has served many distinguished laboratories all over the world. Most recently, its microplate readers became part of the AstraZeneca laboratory.

It featured dozens of young researchers from universities all over Australia.

There were two runners-up for the award. Osezua Oseghale from RMIT University was one of them for her study on the influenza A virus.

University of Melbourne’s Dionne Argyropoulos was the other runner-up. She conducted molecular surveillance of asymptomatic Plasmodium falciparum in high-transmission regions.

Presentation topics ranged across various fields under biology and biotechnology. Aside from the student presenters, industry leaders were also in attendance. The symposium was an avenue for networking, career development, and scientific exchange.

BMG Labtech isn’t new to the university research scene. Throughout the business’ three-decade history, they have supported the academe and student researchers.

In 2019, the biotech firm supported six teams across the two competitions iGEM and BIOMOD. These are highly-regarded genetic engineering and biomolecular design competitions in their respective fields.

The company provided the French iGEM team with filters for their measurements. They attended the University of Nantes.

There was only one team for BIOMOD that BMG Labtech supported at the time. They were the pioneering BIOMOD team for Imperial College London. The company gave them the loan of a FLUOstar Omega microplate reader with added training.

Consistent with their support for the community, the firm continues its academic contributions. They already have several conferences lined up for next year. Scientists, educators, and students will all be in attendance.

In its 30 years, BMG Labtech’s microplate readers have been an industry staple.

This award was the result of consistent positive feedback from scientists worldwide.

“All of us at BMG Labtech are elated to receive the Bronze Seal of Quality for our two premium microplate readers. It’s a testament to the hard work that goes into constantly developing unique technologies to provide scientists with the very best equipment for their work,” said Tobias Pusterla, the current international marketing manager at BMG Labtech.

Seals of Quality are highly coveted awards in the community. SelectScience is the leading lab tech platform for scientists and their peers. Also, they only award this to the top 0.1 per cent of products on their platform.

BMG Labtech has served many distinguished laboratories all over the world. Most recently, its microplate readers became part of the AstraZeneca laboratory.

“We have a broad range of experiences to draw from and set a high bar on what we needed from the next generation of readers. In our trials, we found that the improvements in the new PHERAstar FSX outperformed our historic experiences and the other readers in our trial,” said Mark Wigglesworth, AstraZeneca’s director of high throughput screening.

“The reader has fitted well into our assay development and screening groups, where it has been used frequently for a variety of technologies,” he added.

EIT Jumpstarter prepares to reward 2021 winners
Continue the Change: What to expect from the winners of Bulgaria’s latest elections
Comment