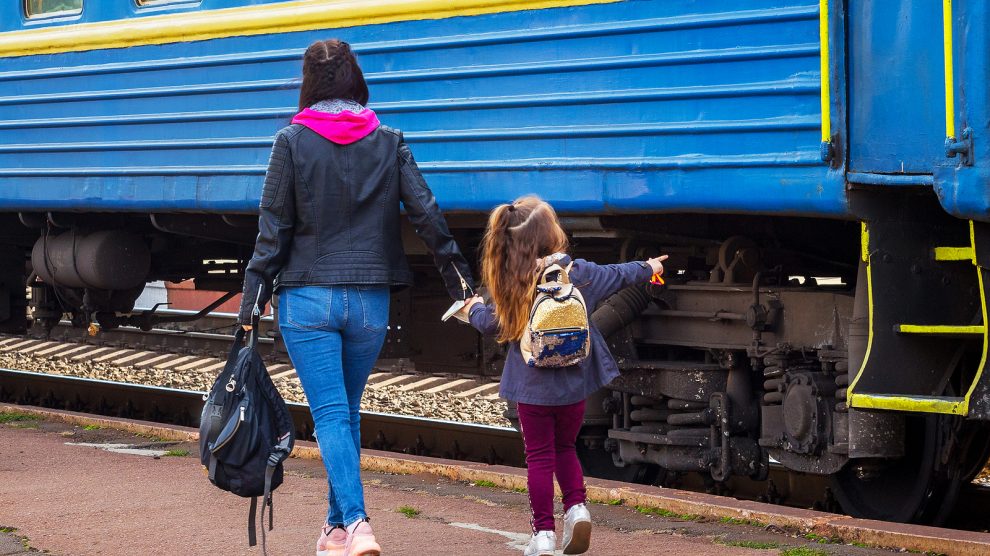 With Russian troops forced to retreat from the outskirts of Kyiv and Kharkiv, Ukraine’s two biggest cities, many refugees reckon it is safe, or at least safer than before, to come back. In the two weeks to May 23, the number of Ukrainians heading back home from Poland (345,000) exceeded the number of those entering Poland (253,000).

After failing to capture major cities such as Ukraine’s capital, Kyiv, or to cleave off the entire Black Sea coast, the Russian military attempted a major encirclement of Ukrainian troops in the east. That effort is looking difficult now that Ukraine has blocked one main route of advance, near the town of Izium.

The second coming of NATO

It is hardly surprising that the Russian invasion of Ukraine has helped to revive NATO. But is this a sign of true mental reactivation? Does NATO have a new vision? Or is the reaction to the war in Ukraine more in the manner of a knee-jerk, an involuntary spasm induced by Putin’s hammer blow?

When Volodymyr Zelensky addressed the World Economic Forum via video link this week, he issued a heartfelt appeal to the west: use the assets seized from the Russian central bank and country’s oligarchs to fund the estimated 500 billion US dollars cost of rebuilding Ukraine. “If the aggressor loses everything, then it deprives him of his motivation to start a war,” he said. “Values must matter when global markets are being destabilised.”

The Battle of Mariupol is over and Russia is busy proclaiming the liberation of the city. In reality, Mariupol has been murdered. This formerly bustling metropolis of almost half a million people now lies on the brink of extinction, pummeled into submission by a vicious campaign of Russian annihilation. The estimated 100,000 remaining residents of Mariupol find themselves reduced to living among the rubble without medicines, running water or electricity.

Narva: The Estonian border city where NATO and the EU meet Russia

Narva is a strange place, almost an aberration. On the very edge of NATO’s eastern flank, it is Estonia’s third biggest city – but its population of nearly 60,000 is 97 per cent Russian-speaking, making it the largest Russian-speaking city in the EU.

Putin is failing in Ukraine, but winning in Georgia

kraine and Georgia have long been the two most pro-EU, pro-NATO, pro-democracy countries on Russia’s borders, struggling with fits and starts toward Euro-Atlantic integration and the rule of law. For thirty years, it has often seemed that as one made progress, the other backslid. The same pattern is repeating itself as brave Ukrainians beat back Russian offensives and joke about allowing NATO to join Ukraine, while Georgia, their Black Sea neighbour, heads in the wrong direction.

For the EU, Russia’s war on Ukraine has had a massive impact on four policy areas: energy, enlargement, the economy, and defence and security. But it has had a surprisingly limited effect effect on two difficult files: rule of law and migration. Hitherto unbreakable friendships, such as Hungary and Poland’s, have become strained; and for the first time in more than a decade, EU countries cannot look to Germany for leadership. The German president of the European Commission, however, is having a comparatively good war.

The invasion of Ukraine was just hours old when Russia’s flagship Moskva was famously told to ‘go f–k yourself’ by a lone but resolute Ukrainian voice on Snake Island. Three months later, the seemingly insignificant, rocky outcrop in the Black Sea has earned near-mythical status as a symbol of Ukrainian resistance. But Snake Island has gained a new significance in recent weeks: as a possible key to unlocking the looming global food shortage sparked by a Russian blockade on Ukraine’s Black Sea ports.

What hope is there for diplomacy in ending the Russia-Ukraine war?

Western leaders are divided between those who think they can work with Vladimir Putin’s Russia once the war is over, and those who think they cannot. The row is leading to disputes over the arming of Ukraine, the feasibility of enforcing a Russian oil import embargo and whether Kyiv will have to accept a further loss of territory at the end of the war as the price for peace.