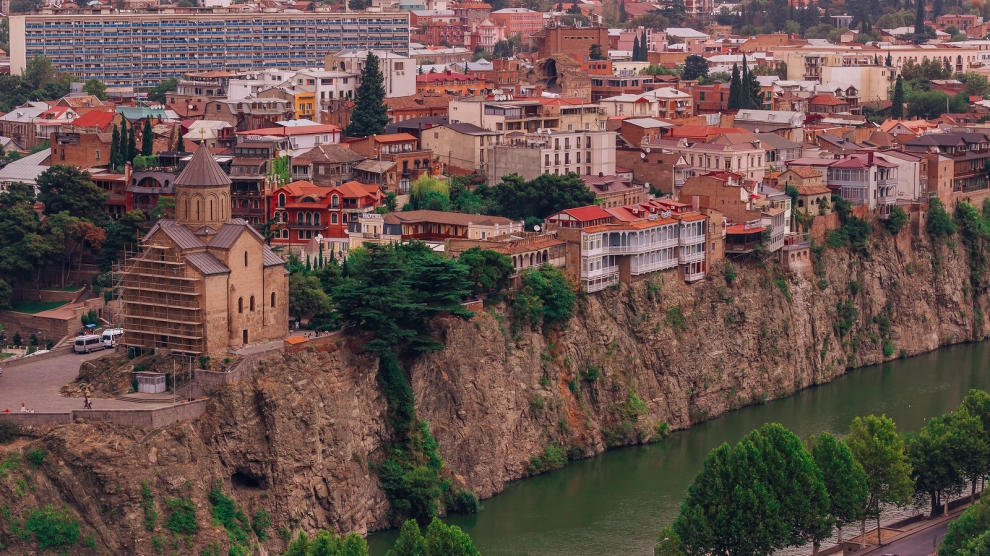 An International Monetary Fund (IMF) team, led by Deputy Division Chief Mercedes Vera-Martin, has concluded its latest visit to Georgia during which recent economic and financial developments and progress with structural reforms were discussed. The IMF projects the country’s economy to grow by 4.6 per cent in 2019, with significant infrastructure investment (including from large disbursements that took place at the end of 2018) expected to compensate for weaker external demand and slower credit growth.

“Economic activity, which grew at 4.7 per cent, proved resilient in 2018,” said Mrs Vera-Martin. “Preliminary data suggest that weaker domestic demand towards the end of year was largely offset by strong export and tourism growth. The current account deficit narrowed to eight per cent of GDP in 2018, from 8.8 per cent of GDP in 2017. Central bank efforts to build external buffers, through foreign exchange purchases and put options, are welcome. The fiscal deficit improved to 2.5 per cent of GDP, as the considerable spending in December only partly offset earlier delays in capital expenditure. During the last few months, inflation was below the three per cent target of the National Bank of Georgia (NBG). With subdued inflation expectations, the NBG decreased its policy rate by 25 basis points on January 30. The banking sector remains well capitalized, liquid, and profitable. We understand that recent supervisory actions are within the scope of the central bank’s responsibilities to strengthen financial stability.”

Mrs Vera Martin went on to say that scaling up infrastructure expenditure will need to be accompanied by improved project selection and management. “The current account deficit is projected at around eight per cent of GDP, owing to still-robust growth in exports and remittances. Risks to the outlook are mainly on the downside, including weaker trading partner growth, global trade tensions, and a sharper-than-projected credit slowdown. This calls for continued prudent macroeconomic policies, exchange rate flexibility, and buildup of reserves,” she said.

“The IMF team commended the authorities for advancing structural reforms and stressed the need for continued efforts to promote inclusive growth and higher economic resilience to external shocks. The authorities introduced measures to limit household indebtedness and revised the fiscal rule. They are also progressing toward a new insolvency law, a more automated VAT refund system, and a strengthened banking resolution framework. The current economic environment offers an opportunity to improve education and the business environment, while strengthening Georgia’s connectivity and trade integration. These reforms will support private-sector led growth, diversify the economy, and create jobs, thereby improving the living standards of Georgian citizens.”