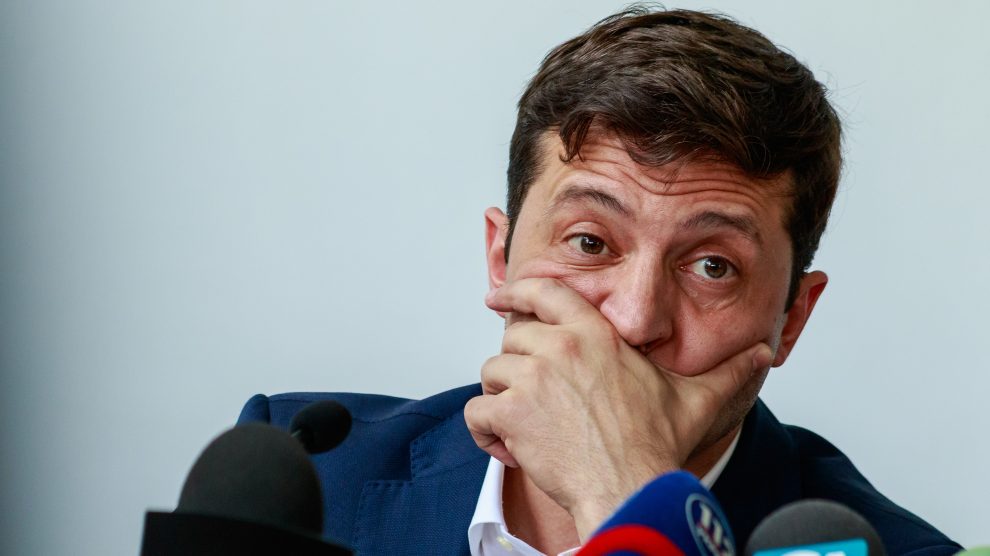 An account of Ukrainian President Volodymyr Zelensky at war based on interviews with him and nearly a dozen of his aides. Most of them were thrown into this experience with no real preparation. Many of them, like Zelensky himself, come from the worlds of acting and show business. Others were known in Ukraine as bloggers and journalists before the war.

Nikita Horban’s ordeal began in early March when the Russian army rolled into Andriivka, a small village west of Kyiv. Nikita, a lab assistant at a Kyiv hospital, was hiding in a cold, damp cellar under the garden with his father Sasha, their wives, and Nikita’s five-year-old son.

A deeper look at hacking groups and malware targeting Ukraine

According to the Computer Emergency Response Team of Ukraine (CERT-UA), the country has recorded 802 cyberattacks since Russia invaded the country earlier this year. That compares to just 362 documented attacks during the same time last year.

Moldova is facing “a very dangerous new moment”, the country’s deputy prime minister has said, as he warned that unnamed forces were seeking to stoke tensions after a series of explosions in the breakaway region of Transnistria this week.

Pressured by the West over Russia, Serbia may look to China

Serbia is coming under significant pressure over its policy towards Russia due to current events in Ukraine. A country on track to EU accession, with European values enshrined in its constitution and a near-majority supporting EU membership, it has long benefitted from cooperation both with Europe and Russia.

The situation for lesbian women in and from Ukraine

Like all members of the LGBTI community who have either remained in Ukraine, or are on the move to a safer place, lesbians are facing specific challenges and needs.

Is Hungary Ukraine’s biggest problem in the EU?

Several weeks into Russia’s invasion of Ukraine, Hungarian Prime Minister Viktor Orbán singled out Ukrainian president Volodymyr Zelensky as an enemy of the Hungarian nation. In the current crisis, Orbán’s criticism of Ukraine and fierce opposition to further sanctions against Russia stand out during a rare moment of apparent EU unity

Russia’s invasion of Ukraine has produced a terrible humanitarian crisis in eastern Europe. It also is worsening conditions for other countries, many of them thousands of miles away.

Tell us how this war in Ukraine ends

Dare we hope that Putin’s blunder in Ukraine could poetically produce the very outcomes he wished to prevent: an expanded and invigorated NATO alliance more deeply ensconced along Russia’s periphery, Russia’s marginalisation in the world, and even his own fall from power?

‘We Ukrainians know how to turn suffering into strength’: Gogol Bordello’s Eugene Hütz on his musical resistance

The raucous Ukraine-born punk frontman has been a tireless cultural ambassador since the Russian invasion. He talks about his benefit single, growing up under Soviet repression, and ‘freedom-fighter’ musicians doing nothing to help.

Estonia, once again emerging Europe’s press freedom champion
Meet the 28 cities in CEE which made the final cut for the EU’s climate-neutral, smart city push
Comment