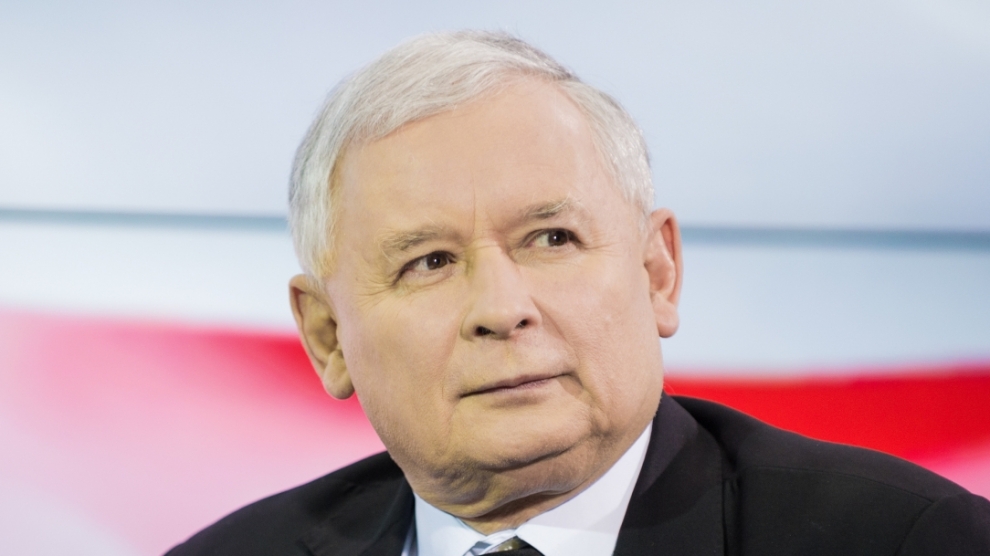 “There are funds available, and we are able to continue introducing solutions that are beneficial for the vast majority of Polish families, who didn’t benefit from the economic growth before. This is a wider policy not only focused on the [Family] 500 Plus Programme but also on increasing wages,” Mr Kaczyński started.

During the TV interview on November 13, he said that the implementation of the Flat Plus Programme, as well as other economic and public-finance-related programmes, will be the key goals of the Polish government over the next two years. He added that the government’s biggest success to date has been “overcoming the impasse,” and the most successful reforms are the Family 500 Plus Programme, a lower retirement age, higher pensions and education reform.

“We have shown that Poland could be improved in many areas,” Mr Kaczyński told TVP. “We are starting various new investment projects, basically those which seemed impossible and so many people sincerely believed in.  That the strong must always win and the weak are left with nothing — this has been changed. There are still a number of issues that lie ahead of us, as we have just started implementing them, such as the Flat Plus Programme, but I hope they will be equally successful.”

He continued: “The situation in Poland has certainly improved. It has turned out that we are richer than we thought we were. The thing is that the largest chunk of the wealth was taken by hands outside Poland. It is now being utilised in the interest of common Polish citizens and to boost development so that Poland could become richer and better managed, so we could become a country such as those on the western side of our borders.”

As far as social programmes are concerned, Mr Kaczyński said he would like to focus on pensioners and single parents. He also reminded viewers that the Morawiecki Plan is being implemented successfully.

“Thanks to that [plan] we have high economic growth and a decrease in unemployment. If we apply the EU method, the unemployment rate is below 5 per cent. Poles have better lives and this is our goal,” Mr Kaczyński said during the press conference.

“There are many reforms that haven’t been completed yet. The highway tolls haven’t decreased significantly and they should have. We also face a number of various questions related to infrastructure,” he admitted on TVP.

“We are still far from being perfect, so there is still a lot that has to be improved,” he said.

“We are starting to implement our plan of a Central Communication Port and create a North-South axis,” he said and explained that by the latter he meant the Intermarium idea, according to which the CEE countries could collaborate closely with one another.

“This refers to a system of economic and infrastructural connections within the CEE region — roads, railways, gas pipelines — that could balance the influence of Western Europe,” he said.

Mr Kaczyński also commented on the government’s impending reshuffle. “It will certainly be moved forward as the prime minister has suggested some structural changes, and they seem very interesting. Such changes are usually long-term ones and they cannot be made overnight. As far as the decisions related to particular ministries are concerned, they will be made relatively shortly and we will probably find out about them in December.”

There is also speculation that the prime minister herself could be dismissed, and that Mr Kaczyński might replace her. This happened before, in July 2006, when the PiS leader replaced Kazimierz Marcinkiewicz.

According to a recent survey by IBRiS, 50 per cent of Poles believe Prime Minister Beata Szydło should be dismissed, 35 per cent think she should stay in office and 14 per cent had no specific opinion on the matter.

It was probably not a coincidence that the PiS press conference took place at the same time as the funeral of Piotr Szczesny, who in protest against the government set himself on fire on October 19, and died 10 days later.