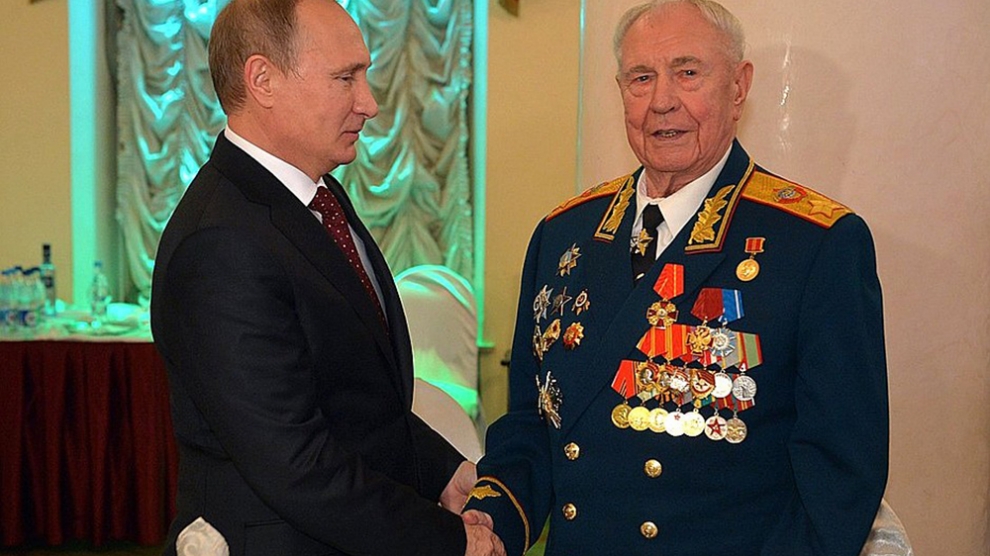 A court in Lithuania has found a former Soviet defence minister guilty of war crimes over a deadly crackdown aimed at stopping the Baltic state breaking away from the USSR in 1991.

Dmitry Yazov, 94 (pictured above with Russian president Vladimir Putin) was sentenced in absentia to 10 years in prison.

Another 66 former Soviet military and KGB officials were given sentences of between four and 14 years. Only two of them were present in the courtroom.

In March 1990 Lithuania became the first Soviet republic to declare independence. The Soviet Union was formally dissolved in December 1991.

Fourteen civilians were killed by the Soviet army in January 1991, prosecutors said, all but one of them during the storming of the state television headquarters and TV tower by Soviet paratroopers. More than 700 others were wounded.

In response the convictions, Russia’s foreign ministry accused Lithuania of an unfriendly and provocative act.

“We characterise the given actions as extremely unfriendly and essentially provocative, demonstrating the bias and political motivation of this disgraceful judgement,” the ministry said in a statement.

“The attempts by the Lithuanian authorities to rig obvious facts using legal manipulations reflect the deconstructive course of the current Lithuanian leadership with regard to Russia.”