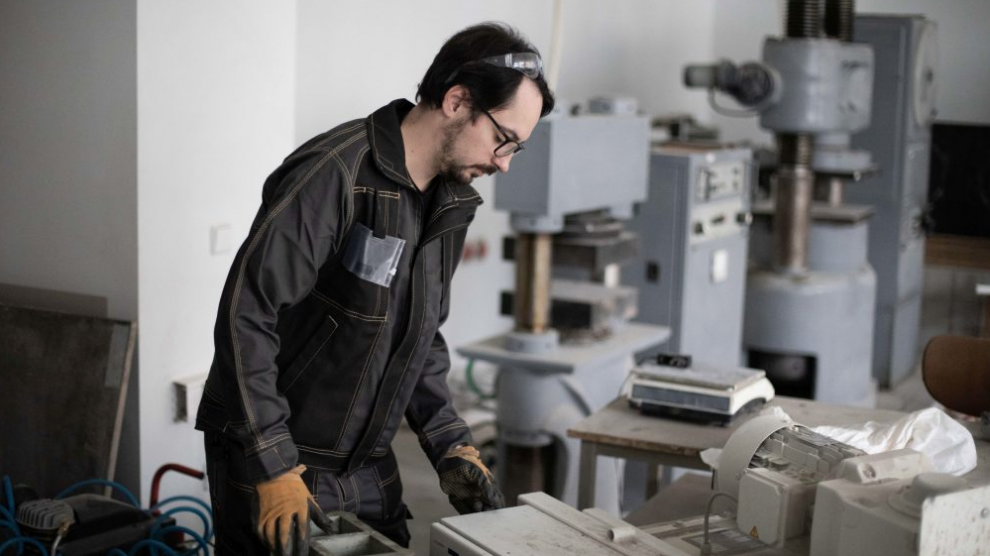 Scientists at Kaunas University of Technology (KTU), Lithuania, are developing methods for producing concrete without cement, using industrial waste. Based on their research the final product is as strong as traditional concrete, is more resilient to damaging effects of acid, and more stable in cases of exposure to extreme heat and cold.

“At first, the idea that concrete can be produced without using cement seemed radical. Now, after several years of intensive work, we have successfully developed an alkali-activated concrete, with a compressive strength of 55 MPa (the same as in conventional concrete). Instead of using Portland cement, we are using alkali-activated industrial waste products such as fly ash, biofuel bottom ash, AlF3 production waste, silica gel etc.,” says Vytautas Bocullo, a researcher at KTU Faculty of Civil Engineering and Architecture.

According to the Mr Bocullo, the biggest advantage of this type of binder is that in its production a great amount of industrial waste containing silicon and aluminium compounds could be used.

“We are trying to use waste materials from local industry, such as aluminium fluoride production waste – silica gel and biofuel ash. The preparation of the substance depends on the material itself. For example, fly ash of coal can be used instantly, but biofuel ash needs to be ground up to be as fine as cement. In order to improve the qualities of the final product, several substances can be mixed, but before that their chemical composition and additives need to be investigated for their impact on the environment and on the compressive strength of the concrete,” adds Mr Bocullo.

The research groups working in the KTU Faculty of Civil Engineering and Architecture are also experimenting and developing other types of concrete mixtures, such as ultra-high performance concrete, which is being used for safe production, self-renewing concrete and others.