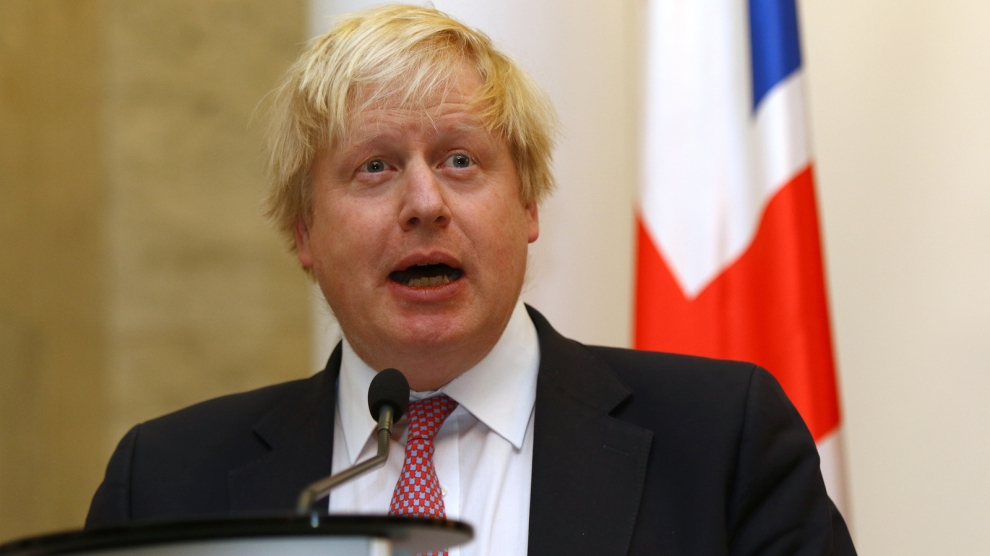 The post was published on the European Commission’s website just hours before it was officially announced that Mr Johnson’s had defeated Jeremy Hunt to become the next leader of the Conservative Party. In it, Mr Andirukaitis claims that Mr Johnson is a dishonest, Yeltsin-like figure who would lead the UK down the wrong path. He accused the next UK prime minister of making “unrealistic promises” and of distorting the economic reality of the EU, among others.

Mr Andirukaitis also took aim at Mr Johnson’s history of spreading false information about the EU, particularly during his time as Brussels correspondent for The Daily Telegraph.

“On this shaky path almost anything is allowed: cheap promises, simplified visions, blatantly evident incorrect statements on ‘EU imposed’ food safety standards. Can democracy survive this type of politics? My take is that democracy chooses only those principles that derive from it, defend it and legitimise it. The ones that stem from ‘fake’ facts are killing it.”

Mr Andirukaitis, who was born in a Soviet gulag, poignantly noted: “I can’t think of a better golden standard than the USSR in terms of fact distortion, reality falsification and blunt oblivions of reality.”

He cited that his reason for writing the post was above all, “the fact that I care. I care when democracy is taken hostage and used as a pawn in political games for a so-called ‘different’ Europe.”

Mr Johnson will take the keys to number 10 Downing Street from Theresa May on July 24, and looks set to immediately pursue a hardline Brexit agenda. His anti-EU stance and preference for a no-deal Brexit has angered many in the EU, while the commissioner actively defends the EU in the hope of establishing “a way forward for Europe, for us all.”

The uncertainty surrounding the Brexit deal has been economically damaging to Lithuania, where a five million-euro investment by British company Sofa Brands was halted in the southern city of Alytus earlier this month. This was as a result of Lithuanian banks refusing to finance the UK company’s expansion.