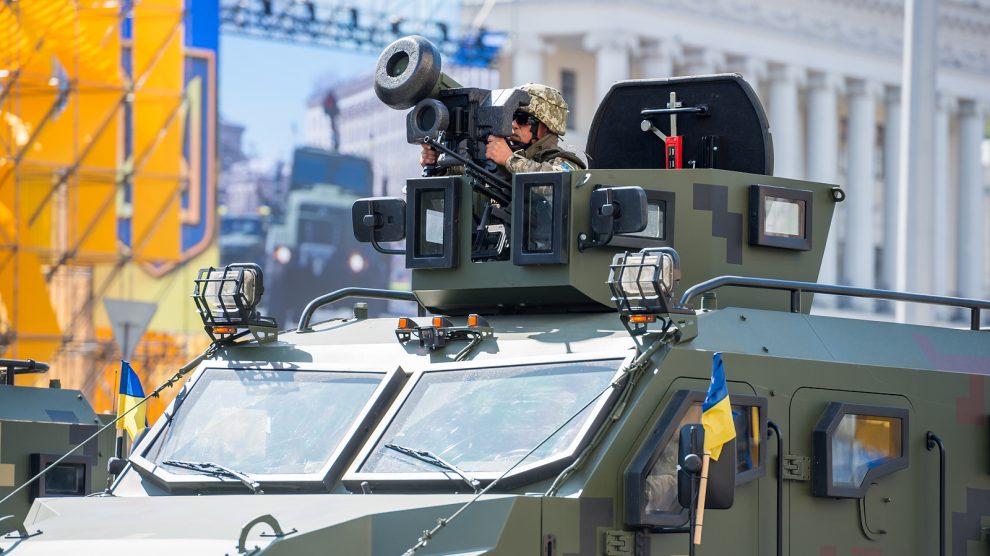 Joe Biden confirmed on Wednesday that the United States will send more advanced rocket systems to Kyiv, a critical weapon that Ukrainian leaders have been asking for as they struggle to stall Russian progress in the Donbas region.

The medium-range high mobility artillery rocket systems are part of a new 700 million US dollars tranche of security assistance for Ukraine from the US that will include helicopters, Javelin anti-tank weapon systems, and tactical vehicles.

The move comes after Serhiy Gaidai, the governor of Ukraine’s Luhansk province, said on Tuesday evening that Russian forces had taken control of most of the key eastern city of Sievierodonetsk amid heavy fighting.

In response, Russia’s foreign minister, Sergei Lavrov, on Thursday said the supply of US advanced rocket systems to Ukraine increases the risk of a “third country” being dragged into the conflict. Lavrov’s deputy, Sergei Ryabkov, added that Moscow viewed US military aid to Ukraine “extremely negatively” and that it would increase the risk of a direct confrontation.

The Kremlin spokesperson Dmitry Peskov further added: “We believe that the United States is purposefully and diligently adding fuel to the fire.”

The National Bank of Ukraine raised its benchmark lending rate from 10 per cent to 25 per cent on Thursday, its first increase since Russia launched its full-scale invasion of the country in late February.

The bank described the move as a “resolute step” to tackle inflation, which shot up to 17 per cent in May and is on course to hit more than double last year’s average of 10 per cent.

Ukrainian President Volodymyr Zelensky on Wednesday claimed 243 children have been killed so far in the war and 200,000 children have been forcefully taken to Russia, including children from orphanages, children taken with their parents and those separated from their families.

Speaking on International Children’s Day, Zelensky said that the forced deportation of children was “a criminal policy designed not just to steal people but to make those who are deported forget about Ukraine and unable to return.”

Ukraine’s bid to qualify for the World Cup amid Russia’s invasion moved past its penultimate hurdle on Wednesday with a 3-1 win over Scotland in Glasgow.

The Ukrainian team now needs just one more win – against Wales in Cardiff on June 5 – to reach Qatar.

Captain Andriy Yarmolenko opened the scoring in the 33rd minute and then helped set up Roman Yaremchuk’s header in the 49th to make it 2-0.

Ukraine dominated for much of a deserved win but had to resist a Scotland revival before substitute Artem Dovbyk broke clear to score a third with the last kick of the game. Zelensky described the match as “two hours of happiness to which we are not accustomed.”

The winner of Sunday’s game in Cardiff will go to Qatar in November to play in a group against England, the United States and Iran.

Croatia was this week given the green light to adopt the euro on January 1, 2023. In separate but complementary reports, both the European Central Bank (ECB) and the European Commission found that Croatia fulfils all four nominal convergence criteria. While the European Parliament, as well as the leaders of the bloc’s 27 member states, will still have to approve Croatia’s euro membership, the ECB and Commission’s positive assessment make the process a formality. Last week, Croatian MPs approved a law that paves the way for the introduction of the euro currency next year.

Croatia’s Rimac meanwhile, which makes some of the fastest – and most expensive – supercars in the world, has raised 500 million euros from investors including Goldman Sachs, Porsche and a technology fund advised by Japan’s SoftBank. The new funding round values Rimac at over two billion euros, will use the new funds to further develop Rimac Technology as it commences large-volume series production for global original equipment manufacturers (OEMs). “Rimac has ambitious growth plans in the next few years, and we are humbled by the support of significant new investors,” said founder Mate Rimac.

More work needs to be done on the rule of law in Poland, the European Commission president said on Thursday during a visit to Warsaw after Brussels approved billions of euros in Covid-19 economic recovery funds for the country. Poland’s access to 23.9 billion euros in grants and 11.5 billion euros in cheap loans had been blocked due to a dispute over judicial independence. But on Wednesday the Commission said it was approving Poland’s recovery plan, opening the way for Warsaw to get the cash. Nevertheless, it said that Poland would have to fulfill milestones related to judicial independence, reinstating unlawfully dismissed judges and reforming its disciplinary system, before funds could start flowing.

Aleksandar Vučić was sworn in for his second term as Serbia’s president on Tuesday, pledging to keep the country on its European Union membership path and hinting that a new government might consider joining Western sanctions against Russia over the war in Ukraine. Despite voting in favour of three UN resolutions condemning Russia’s invasion of Ukraine, Serbia remains the only European state that has not joined sanctions against its ally Moscow. In a speech in parliament, Vučić said new government – which should be formed in July – will have to work harder on gaining entry into the EU and consider sanctions against Moscow.

Ilia Eloshvili, the deputy mayor of the Georgian capital, Tbilisi, was found dead at his house on Wednesday. The country’s interior ministry said that it has launched a probe into the cause of death but gave no further details. The 47-year-old was known as a close associate of the mayor of Tbilisi, Kakha Kaladze. Eloshvili used to work as a deputy energy minister and then became energy minister from 2012 to 2017, before he started serving as deputy mayor of Tbilisi.

Moscow has welcomed the decision of the new leadership of Georgia’s breakaway region of South Ossetia to suspend a planned referendum on joining Russia, though the two sides promised to carry out some other unspecified “integration”. South Ossetia’s newly elected de facto leader, Alan Gagloev, on Monday formally suspended the implementation of a referendum that his predecessor had called on joining Russia. The measure was taken “recognising the inadmissibility of a unilateral decision to hold a referendum on questions touching on the rights and interests of the Russian Federation,” Gagloev’s order said.

Armenian police clashed with protesters in Yerevan on Monday amid a wave of demonstrations against the prime minister that has seen thousands of people block government buildings, close roads and shut down the metro system. Pressure against Prime Minister Nikol Pashinyan has increased since he moved closer to normalising relations with Azerbaijan, which defeated Armenia in a six-week war in 2020. The war, which centred around the status of the Nagorno-Karabakh enclave, ended with a Russia-brokered peace deal that led to a significant loss of territory for Armenia.

Ingka Group, the owner and operator of most IKEA stores, said on Tuesday that it has bought a wind farm and solar park in Poland for 190 million euros. Ingka has made the acquisition through its investment arm, Ingka Investments, and said the deal will secure long-term access to renewable energy for IKEA retail operations and its value chain partners in Poland. Ingka Investments already owns and operates six wind farms with a total capacity of 180 megawatts in Poland, producing 450 gigawatt hours a year, well in excess of the electricity consumption of its Polish IKEA retail and distribution operations, it said.

The former Newcastle and Crystal Palace manager Alan Pardew has quit as manager of football team CSKA Sofia after fans of the Bulgarian top-tier side racially abused their own players, according to a statement on CSKA’s website on Wednesday. Pardew took charge in April but resigned after some fans threw bananas at black players from their own team and targeted them with racial slurs before a home game against Botev Plovdiv on May 19. “This small group of organised racist fans, who tried to sabotage the game, are not the fans I want to coach the team in front of,” said Pardew.