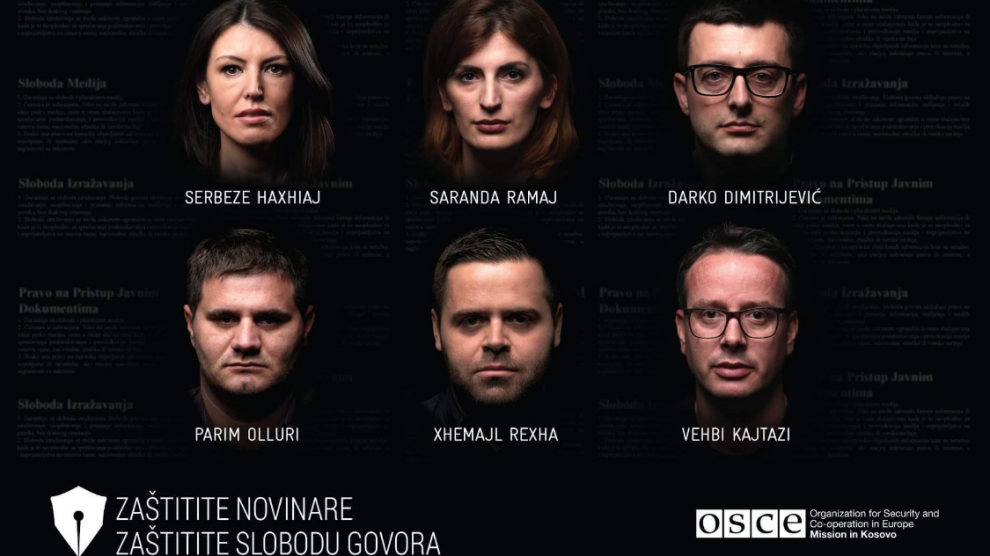 The OSCE Mission in Kosovo has stepped-up its ongoing campaign to raise public awareness about the safety of journalists, with billboards and murals featuring prominent journalists being placed throughout the country.

First launched in 2017 with a series of TV ads, the campaign addresses persisting challenges that journalists encounter while doing their job and the consequential impact on their work. It stresses the importance of finding the perpetrators of any form of threat or attack against journalists, to prevent future attacks.

“Journalists are exposed to specific risks of intimidation, threats or physical attacks because of their work,” said Head of the OSCE Mission in Kosovo Jan Braathu.

“A total of 28 threats or physical attacks against journalists were reported in 2017. It is important for each and every member of the society to understand the need to protect journalists and to contribute to an environment that respects freedom of speech and freedom of the media,” said Braathu.

The billboards and murals, in Albanian and Serbian, will be up from June to November 2018.

As part of this campaign, the OSCE Mission is also running TV debates on the safety of journalists and related topics. On 22 June it is organizing a conference for representatives of rule of law institutions, media and civil society on legal standards for the protection of journalists.