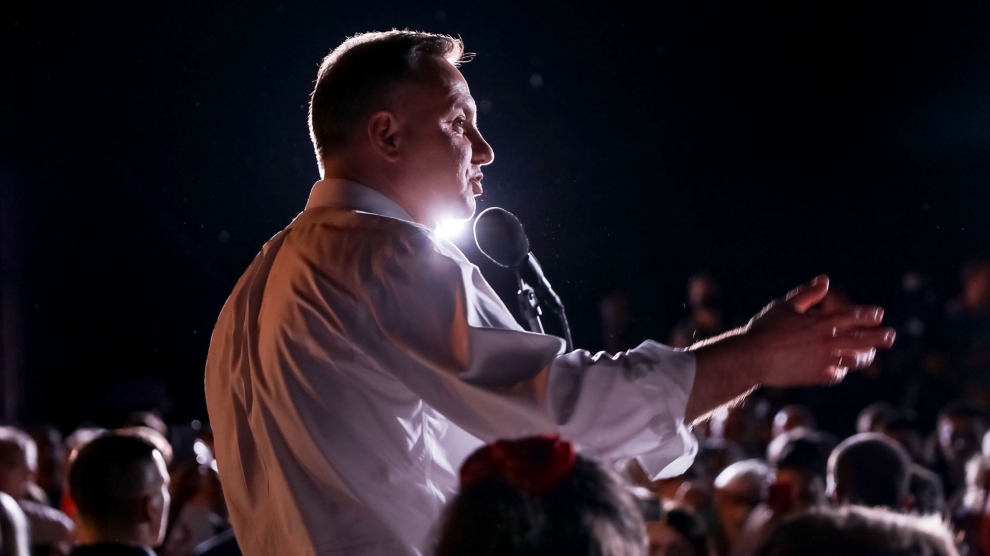 Incumbent Andrzej Duda (pictured above) won the most votes in Poland’s presidential election on June 28, but fell short of the 50 per cent needed to win without a second round of voting. The final result will not be declared until July 1, but with almost 90 per cent of votes counted, Mr Duda had received more than 45 per cent of the vote, well ahead of his main rival Rafał Trzaskowski, the mayor of Warsaw, on 29 per cent.

Turnout was high, despite coronavirus and social distancing restrictions, at around 63 per cent, well up on the 49 per cent who voted in Poland’s previous presidential election in 2015.

“Despite the criticism, despite having to take difficult decisions, I have received more votes than I did five years ago,” said Mr Duda shortly after polls closed.

Last week Mr Duda – who is backed by Poland’s ruling Law and Justice party (PiS) travelled to Washington and received a ringing endorsement from US President Donald Trump. The much-publicised visit appears to have boosted his support slightly, which had been slipping ever since Mr Trzaskowski entered the race as a late replacement for the opposition’s original candidate Małgorzata Kidawa-Błońska.

Poland’s presidential election had been due to take place in May, when Mr Duda was higher in the polls and stood a better chance of winning in the first round.

Despite trailing Mr Duda by around 16 points, Mr Trzaskowski was nevertheless bullish when addressing his supporters.

“The most important thing this result shows is that more than half of our society wants change,” he said. “I want to say clearly to all these citizens – I will be your candidate. I will be the candidate of change.”

Opinion polls carried out on June 26 suggest that the second round – set for July 12 – will be too close to call, with some making Mr Trzaskowski the favourite. Another poll, taken on election night, showed Mr Duda with a narrow lead: 50.4 per cent to 49.6 per cent for Mr Trzaskowski.

Turnout will again be crucial: Mr Duda, who ran a deeply conservative campaign that often veered towards outright homophobia – he called LGBT ideology “more threatening than communism” – benefits from the PiS electoral machine that is highly efficient at getting out its core vote in rural areas and smaller towns and cities, and from the support of Polish state television.

“If these results are confirmed, we are set for a very tight run-off,” Paweł Zerka, a policy fellow at the European Council on Foreign Relations, told Euronews, adding that a defeat for Duda could even pave the way for a snap parliamentary election, given the tight majority PiS holds in the Sejm, the lower house of Poland’s parliament.

“The ultimate result will depend on whether Trzaskowski can indeed secure the support and an equally strong mobilisation (like the one we have witnessed today) among voters of the other opposition candidates. If he can do so, he stands a real chance to win the election,” he added.