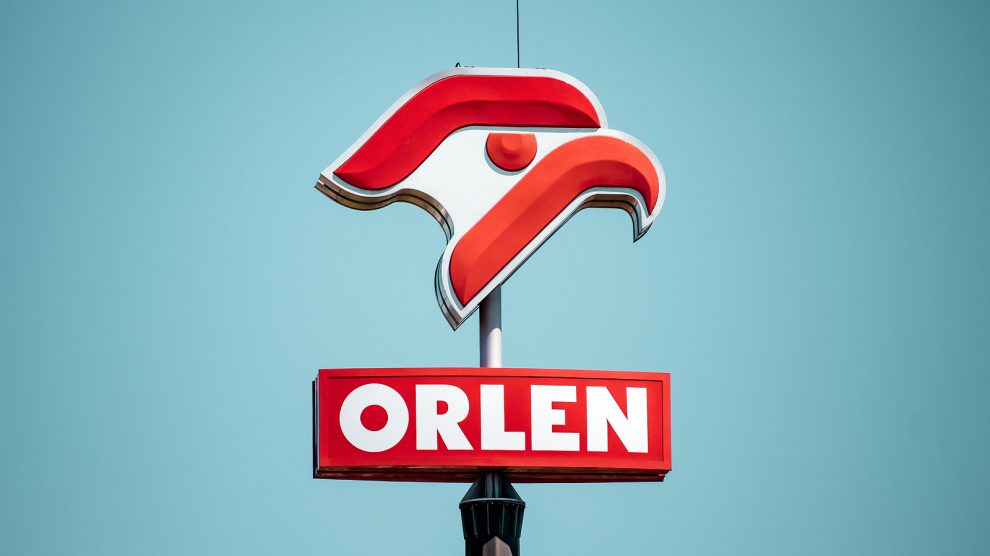 Poland’s state oil giant PKN Orlen this week announced plans for the development of nine “hydrogen hubs” – clusters of facilities linked to the production and distribution of the low-carbon fuel – in Poland, Czechia, and Slovakia. The facilities will run on renewable energy sources and convert municipal waste as part of the company’s efforts to reach carbon neutrality. It is also planning a network of 102 hydrogen refuelling stations in the three Central European countries.

The family of a Polish woman who died on Tuesday after doctors refused to perform an abortion when the foetus’s heart stopped beating have accused the government of having “blood on their hands”. The woman, identified only as Agnieszka T, was said to have been in the first trimester of a twin pregnancy when she was admitted to the Blessed Virgin Mary hospital in Częstochowa on December 21. Her death comes a year after Poland introduced one of the most restrictive abortion laws in Europe.

The prime ministers of Bulgaria and North Macedonia met on Tuesday in the Bulgarian capital in a new attempt to defuse tensions between the two neighbours that have threatened to stall Skopje’s bid for European integration. The two countries have sparred for decades over language and historical issues. The row peaked in 2020 when EU member Bulgaria vetoed the start of membership talks with North Macedonia. Sofia argues that North Macedonia has failed to honour agreements it made in a 2017 bilateral friendship treaty.

Hungary raised its nominal base interest rate for an eighth consecutive month after inflation failed to slow in line with the central bank’s forecasts. The National Bank of Hungary boosted the required reserve rate to 2.9 per cent from 2.4 per cent on Tuesday, also raising the ceiling on its interest-rate corridor to 4.9 per cent from 4.4 per cent.

Bulgaria, Croatia, and Romania, were this week given the green light to begin accession talks with the influential Organisation for Economic Co-operation and Development (OECD). The OECD’s 38 members account for three-fifths of the world’s GDP, three-quarters of world trade and half of the world’s energy consumption. Currently, just eight countries from the emerging Europe region are part of the OECD members: Czechia, Estonia, Hungary, Latvia, Lithuania, Poland, Slovakia, and Slovenia.

The Nord Stream 2 pipeline between Russia and Germany will not move forward if Russia invades Ukraine, the US state department said this week, in a significant strengthening of the west’s previous position on the strategically vital gas supply. As tension ratcheted up over Russia’s military buildup on its neighbour’s eastern border, state department spokesperson Ned Price said on Wednesday night that the Biden administration was “working with Germany” to ensure it could withstand the loss of the pipeline.

The US also this week presented its written response to Russian demands on Ukraine, but made clear that it did not change Washington’s support for Ukraine’s right to pursue NATO membership, the most contentious issue in relations with Moscow. The reply, which was delivered to the Russian foreign ministry by the US ambassador in Moscow, John Sullivan, repeats the US offer to negotiate with Russia over some aspects of European security, but the secretary of state, Antony Blinken, said the issue of eventual Ukrainian membership of the alliance was one of principle.

Russian military forces will leave Belarus once joint exercises between the two ex-Soviet countries are over next month, the Belarusian Ministry of Defence said on Thursday. The deployments to Belarus, north of Ukraine, are part of a wider Russian military buildup in the region that has stoked Western fears that Moscow is planning to attack Ukraine. Russia denies any such plan. “At the end of the inspection, military units and sub-units of the Russian Federation’s Armed Forces will leave the territory of the Republic of Belarus,” the ministry said.

Armenian President Armen Sarkissian announced his resignation on Sunday, citing the inability of his office to influence policy during times of national crisis. Sarkissian, president since 2018, was at the centre of a domestic political crisis last year that erupted in the wake of a war between Armenia and its longstanding rival Azerbaijan for control of the disputed Nagorno-Karabakh region.

Estonian identity verification (IDV) start-up Veriff, a firm that has the goal of offering everyone in the world a single digital identity, this week became the country’s latest unicorn. In a series C funding round, co-led by Tiger Global and Alkeon, joined by existing investors IVP and Accel, the firm raised 100 million US dollars, bringing Veriff’s total funding so far to 200 million US dollars and a valuation of 1.5 billion US dollars.

The European Union and China can find a diplomatic solution over their spat on Lithuania, European Commission Vice President Valdis Dombrovskis said on Thursday, speaking shortly after EU authorities challenged China’s practices regarding Lithuania at the World Trade Organisation (WTO). China has downgraded diplomatic ties with Lithuania and pressured multinationals to sever links with the Baltic state after it allowed Taiwan to open a de-facto embassy in Vilnius.

Rio Tinto’s chief executive said on Tuesday he was concerned about the Serbian prime minister’s comments against the company’s lithium project, in his first remarks after Belgrade revoked the global mining company’s exploration licences. Bowing to environmentalists, Serbian Prime Minister Ana Brnabić pulled the plug on Rio’s lithium project last week and accused Rio of providing insufficient information to communities about the project. “We obviously are very concerned about the comments made by the prime minister,” Chief Executive Jakob Stausholm told Reuters in an interview.

European Union and US envoys will push Serbia and Kosovo next week to return to negotiations brokered by the bloc that both states want to join, EU Foreign Policy Chief Josep Borrell said on Tuesday. The EU’s Miroslav Lajčák and the State Department’s Deputy Assistant Secretary Gabriel Escobar will visit the Balkan neighbours next week as part of the transatlantic effort to jumpstart the talks stalled since 2020. Still, resumption “will only happen if both parties are ready to agree on positive results and concrete deliverables,” Borrell said in Brussels, after meeting Serbia’s Premier Ana Brnabić.

An explosion has shaken the home of Albanian soccer federation president Armand Duka without causing injuries, his spokesman said Tuesday. Andi Vercani said the explosion occurred on Monday at Duka’s home in the western port city of Durres. European soccer’s ruling body UEFA expressed its concern to the Top Channel private television station, and its support to Duka “following the recent bombing at his house.” UEFA also warned of “political interference in the running of the Albanian federation,” and raised “its concerns regarding the safe staging of the 2022 UEFA Europa Conference League final in Tirana in light of the recent events.” The final is due to be held on May 25.

Millions of people were left for hours without electricity on Tuesday when a huge power blackout hit cities in three Central Asian countries. Areas of Kyrgyzstan, Uzbekistan and Kazakhstan were affected when a shared power line was disconnected. It caused traffic jams, airport delays and other public transport disruptions across the ex-Soviet nations. The blackout happened in the late morning, with power restored in most areas by early evening. The power grids of the three countries are interconnected, and linked to Russia’s network via a Soviet-built power line that runs through Kazakhstan. It allows them to draw power from Russia’s grid when there are unexpected shortages.

Kazakh security forces used excessive force on at least four occasions, including lethal force such as shooting at protesters and rioters, during recent demonstrations and subsequent civil unrest, Human Rights Watch (HRW) said this week. On January 15, Kazakhstan’s prosecutor’s office stated that 225 people were killed in the unrest from January 4-6, but HRW says the full toll is likely higher, and has called for an independent investigation.