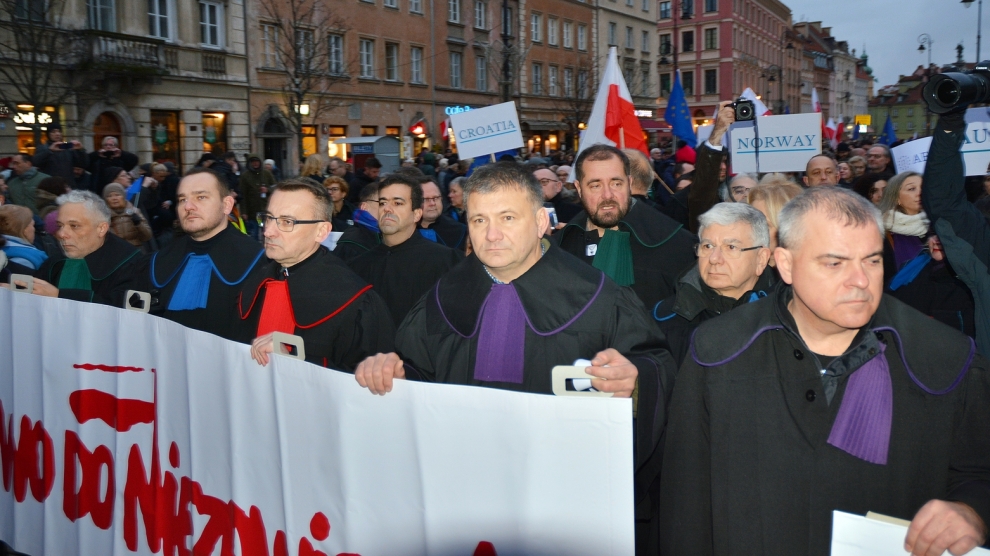 Poland’s Supreme Court ruled on January 23 that hundreds of judges who had been appointed under a new set of rules introduced by the ruling Law and Justice party (PiS) were not sufficiently independent and should no longer hear cases.

The new rules, introduced in 2018, allow the lower house of parliament – in which PiS has a comfortable majority – to choose the members of the council that appoints judges.

The Supreme Court has now ruled however that the judges chosen by that council are not sufficiently independent, and do not meet the requirements of being a judge under the Polish constitution or EU law.

“Such a person does not have the right to issue judgements,” said the president of the Supreme Court, Małgorzata Gersdorf, who added that the ruling – taken at a meeting of 60 Supreme Court judges – does not invalidate cases already adjudicated.

The country’s justice ministry Zbigniew Ziobro was quick to reply, saying that the ruling would not be respected as it was issued “in gross violation of the law.”

Members of the lower house of the Polish parliament, the Sejm, meanwhile approved legislation that will strengthen the government’s ability to punish judges who criticise its legal reforms.

Under the bill, any judge who questions the independence of hundreds of new judges chosen by the council will face punishments ranging from a job transfer to a fine or even dismissal.

The Polish Senate – where the opposition has a majority – rejected the bill last week but did not have the power to block it. Last weekend, Polish judges, supported by hundreds of judges who had traveled from across Europe to express their solidarity with their colleagues, demonstrated against the bill in the capital, Warsaw. The bill must now be signed into law by the president Andrzej Duda, who is backed by PiS.

What happens next is anyone’s guess.

The bill has been heavily criticised by the European Union, the Council of Europe, the United Nations and members of the US Congress. Brussels claims that it violates EU principles and the democratic separation of powers.

It has been suggested that rulings issued by Polish courts will be ignored by other EU member states, sowing chaos in everything from business disputes to cross-border divorces.

There is also the future of the Supreme Court itself to consider. Ms Gersdorf, its current president, will retire in April, and PiS will appoint her successor.

Is economic freedom in Georgia under threat?
Heading east? What emerging Europe’s flight connections tell us about geopolitics
Comment