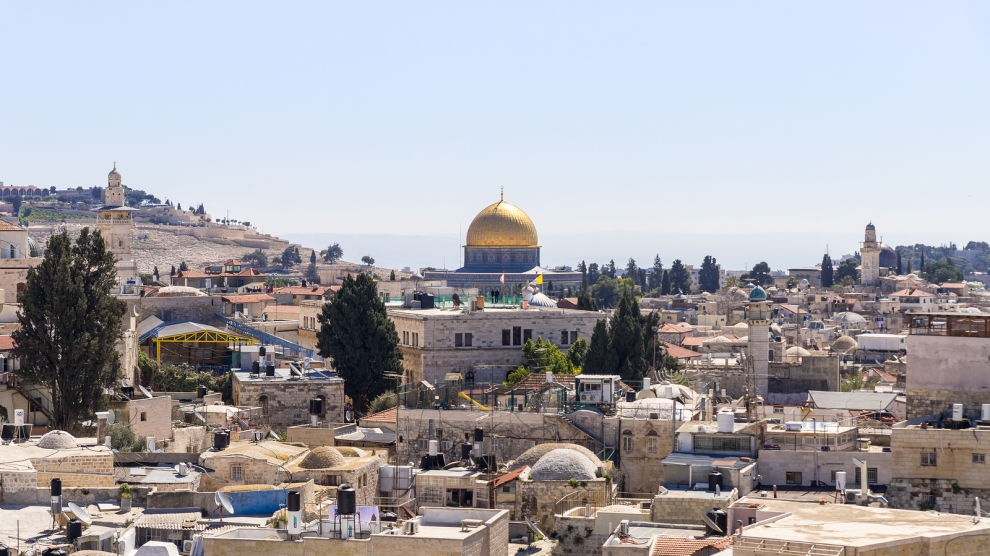 Romanian Prime Minister Viorica Dăncilă has announced the country’s embassy in Israel will be moved to Jerusalem, stoking a new feud with Brussels at a time when Romania holds the rotating presidency of the European Union.

Speaking at the American Israel Public Affairs Committee (AIPAC) in Washington, Mrs Dăncilă called Trump’s decision to move the US embassy to Jerusalem “admirable and courageous,” and said that Romania’s government think about doing the same.

“I am pleased to announce today that after the conclusion of the analysis by all the constitutional actors involved in the decision-making process in my country and, in full consensus, I as the prime minister of Romania and the government that I lead, intend to move the Romanian Embassy to Jerusalem, the capital of Israel,” said Mrs Dăncilă.

However, just hours later, Romania’s president, Klaus Iohannis, contradicted Mrs Dăncilă’s statement and suggested that the consensus she spoke of does not exist.

“The final decision about moving the embassy from Tel Aviv to Jerusalem rests with me,” said the president. “The prime minister has once again showed complete ignorance regarding foreign affairs.”

While some European leaders, including those from Austria, the Czech Republic and Hungary, have voiced support for moving their respective embassies to Jerusalem, no European nation has yet followed through with such a move, in line with the European Union’s staunch position that no European embassy should be moved to a divided Jerusalem.

Last week, Hungary’s foreign minister Péter Szijjártó told an Israeli newspaper that Budapest’s embassy would remain in Tel Aviv and not be moved to Jerusalem, despite the country recently opening a dedicated a commercial office in the divided city.

In protest at Mrs Dăncilă’s statement, King Abdullah of Jordan called off a planned trip to Romania scheduled to start on March 25.