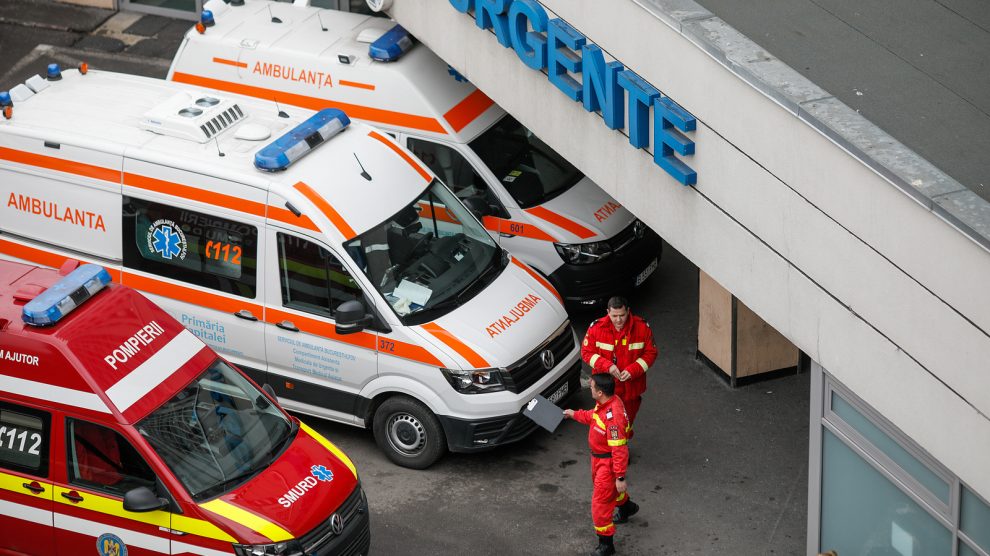 Romanian doctors sent an open letter Wednesday titled “a cry of despair” as the country’s overwhelmed and deteriorated health care system copes with a record-setting surge of coronavirus infections and deaths. Romania, a country of 19 million people, is the European Union member nation with the population second-least vaccinated against Covid-19. Just 34 per cent of its adults are fully inoculated, compared to an EU average of 74 per cent.

Two Czech opposition groups that won a combined majority in a lower house election last weekend will aim to have a coalition agreement ready to sign by November 8 when the new parliament is set to meet, a party leader said on Wednesday. Petr Fiala, leader of the Together coalition which defeated Prime Minister Andrej Babiš’s ANO party, said he had requested a meeting with President Miloš Zeman but had no determined time. Zeman was taken to hospital over the weekend, and Fiala told a briefing he had no update on the president’s health.

The European Union’s executive summoned envoys from member states Poland, Lithuania and Latvia on Thursday over the fate of migrants stuck on their border with Belarus. “I’m very concerned about reports of people including children stuck in forests in dire situation at external EU borders with Belarus,” European Home Affairs Commissioner Ylva Johansson said in demanding a meeting with the three national ambassadors to EU hub Brussels.

Hundreds of Bulgarian coal miners and energy workers have staged a protest amid concerns for their job safety. Buses carried protesters from across Bulgaria for the rally in the capital Sofia on Wednesday, where demonstrators chanted “we want jobs” as they marched to the government headquarters. Miners have called on the Bulgarian government to guarantee their jobs amid bids by the European Union to close mines and reduce carbon emissions.

Bulgarian activists have raised environmental concerns over a shipwreck containing dangerous nitrogen fertilisers. The Vera SU cargo vessel – containing more than 3,000 tonnes of nitrogen fertiliser – is considered sunk off Bulgaria’s northern coast. Bulgaria’s caretaker government has said that the ship is currently in a stable position and that the situation is under control. But environmentalists have expressed concern for the local ecosystem, given that some of the fertilisers may have been submerged in the water for several days.

FIFA has opened disciplinary proceedings looking into the clashes at Wembley Stadium between police and Hungarian supporters at Tuesday’s game against England, saying it has “zero tolerance against such abhorrent behaviour”. World football’s governing body added on Wednesday that it has also started investigating incidents during the game between Albania and Poland in Tirana, where bottles were thrown on the pitch after Poland scored.

Slovak prosecutors confirmed on Wednesday that ECB policymaker and Slovak central bank Governor Peter Kazimir had been charged with a corruption-related crime. “A prosecutor at the special prosecution office brought charges against P.K. for corruption-related crime on October 8,” said Jana Tokolyova, spokesperson for the Special Prosecutor’s Office. She gave no further details. Kazimir, a former finance minister, denied wrongdoing and said he would defend himself against the charges.

The foreign ministers of Iran and Azerbaijan have spoken in an apparent attempt to decrease the temperature on the tensions that have erupted between the two sides in recent weeks. The diplomatic outreach followed weeks of unprecedentedly hostile rhetoric between the two neighbours, as well as large-scale Iranian military exercises held on Azerbaijan’s border.

Moldova is requesting emergency gas supplies from EU countries after Russian state-controlled exporter Gazprom slashed its shipments to the country amid a wider European gas crunch. The country is seeking a deal to supply more gas via Romania to alleviate shortages and surging prices after a supply contract ran out last month. Officials are unwilling to agree to new terms with Gazprom at a significantly higher price.

A journalist from Russian tabloid Komsomolskaya Pravda has been abducted by Belarusian authorities. The newspaper alleged on Tuesday that reporter Gennady Mozheiko, a Belarusian citizen who had gone missing in Moscow earlier this month, was kidnapped and taken across the border to Minsk after he wrote an article about a controversial Belarusian KGB operation.

A British tourist has been killed in Georgia by a “group of men who beat him unconscious and threw him into a river following an argument”, authorities say. The body of musician Thomas Kennedy, 28, washed up in the Mtkvari river near the village of Kvakhvreli in Gori last Friday, three days after he was allegedly killed by a group of five Georgian citizens.

Peat, plentiful in bogs in northern Europe, could be used to make sodium-ion batteries cheaply for use in electric vehicles, scientists at an Estonian university say. Sodium-ion batteries, which do not contain relatively costly lithium, cobalt or nickel, are one of the new technologies that battery makers are looking at as they seek alternatives to the dominant lithium-ion model. Scientists at Estonia’s Tartu University say they have found a way to use peat in sodium-ion batteries, which reduces the overall cost, although the technology is still in its infancy.

Serbia will continue arming itself with Russian, Chinese and other weapons, its president said Tuesday, despite fears in the region and the West that the Balkan country’s recent military buildup could lead to more tensions in part of Europe which is still reeling from wars fought in the 1990s. President Aleksandar Vučić said Serbia was a “free and independent nation” that would not seek outside opinions about where it sources weapons.

Kosovo police clashed with Kosovo Serb protesters in the divided northern town of Mitrovica on Wednesday as they conducted an operation against the smuggling of goods in the town. Police announced that six police officers, five ethnic Albanians and one ethnic Serb, were injured in the clashes.

German renewable project developer WPD is set to invest 500 million euros to build a 415MW wind park in North Macedonia. The Virovi wind park is intended to help North Macedonia shift towards renewable energy sources to meet its electricity requirements. The North Macedonia government has also declared Virovi to be a “strategic project” to help the country’s energy transition efforts.

With two weeks left in Uzbekistan’s presidential election campaign, the candidates have not yet got around to engaging with each other in any meaningful manner, according to an interim report by the most credible international monitoring mission observing the vote. “So far, there has been no direct or meaningful engagement between contestants,” the OSCE Office for Democratic Institutions and Human Rights (ODIHR) said. Incumbent Shavkat Mirziyoyev is expected to win a crushing landslide against four stalking horses who shy away from challenging him.

YouTube has blocked a channel belonging to a US news organisation known for its coverage of Central Asia, Caucasus, and Russia, after state media in authoritarian Turkmenistan complained about copyright violations. The site, Eurasianet, said it was notified by Google-owned YouTube that its channel was being blocked after receiving several “takedown notices” over several days this week. The notices, YouTube said, were filed by Watan Habarlary, the official TV channel belonging to Turkmenistan’s State Committee on Television, Radio Broadcasting, and Cinematography.

With temperatures dropping below freezing in Kyrgyzstan and Uzbekistan and snow appearing in northern Kazakhstan, officials are turning to coal as the answer to meet people’s heating and electricity needs this winter. Coal production in all Central Asian countries – except for Turkmenistan – has been increasing steadily for years.

Is the Bayraktar TB2 a game changer for Ukraine’s defence?
How Russia used Duma elections to increase its influence in occupied territories
Comment