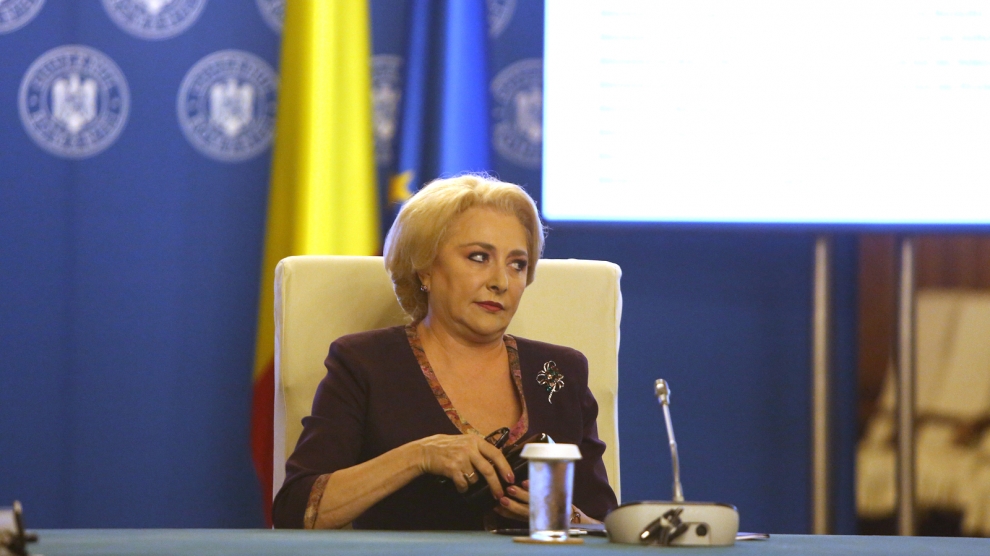 Romania’s government survived a vote of no-confidence on December 20, when just 161 MPs voted to remove the administration of prime minister Viorica Dancilă (pictured above) from office, well short of the 233 votes needed.

The vote took place amidst a backdrop of renewed political unrest in the country, which takes on the agenda-setting presidency of the European Council on January 1.

On December 19, the government announced its plans to introduce – by emergency ordinance, side-stepping parliament – a wide range of punitive new taxes for companies in a variety of industries, including energy, telecommunications and banking. The Bucharest Stock Market (BVB) plunged on the news.

There are also fears amongst opposition politicians that the government is preparing another emergency ordinance that would see thousands of corrupt officials – including the leader of the ruling PSD, Liviu Dragnea – pardoned and/or amnestied. A similar emergency ordinance in 2017 provoked the largest civil demonstrations in recent Romanian history. Heeding the call of the opposition Save Romania Union (USR), Romania’s President Klaus Iohannis chaired part of the government’s weekly cabinet meeting on December 20 in order to pre-empt such an ordinance, although he was asked to leave before the end of the session. A further cabinet meeting is scheduled for December 21.

“Not one step back,” said Vlad Alexandrescu, a senator for the USR. “We will will not drop our guard, especially now. Our number one priority is to prevent the government passing an emergency ordinance that pardons criminals and which destroys the economy.”