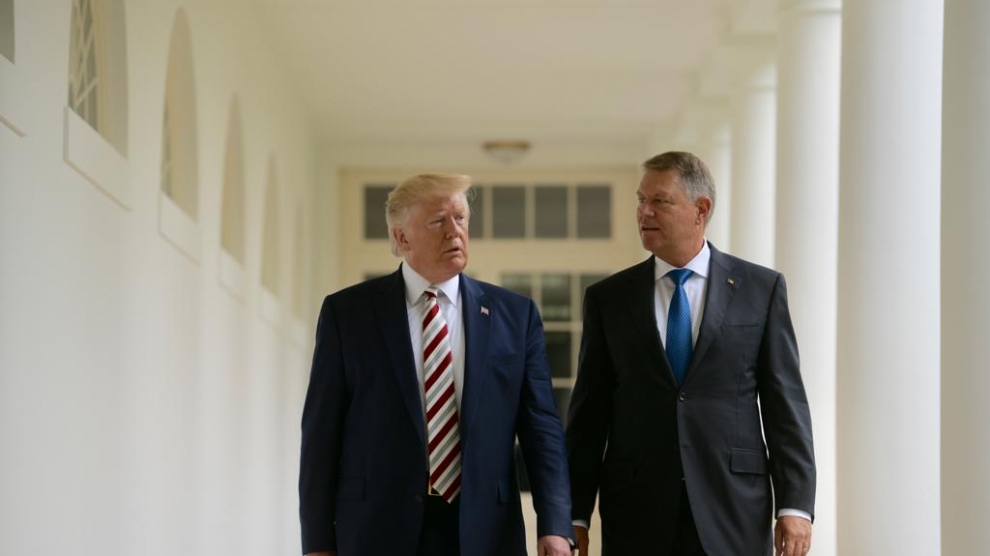 Klaus Iohannis, Romania’s president, has told his US counterpart Donald Trump that the number of US troops stationed in the country should be increased.

“I made it clear that we are ready to host a larger contingent of US forces and President Trump seemed open to the idea,” said Mr Iohannis after a meeting with Mr Trump at the Whitehouse on August 20. It was the second time the Romanian president had visited Washington in two years.

The two leaders also discussed trade and investment, with Mr Iohannis declaring that “more needs to be done” to boost bilateral economic ties. “It is crucial that we find new areas in which to cooperate,” he said. “Energy, IT and the defence industry are three such areas.”

Mr Trump praised the Romanian president’s efforts to fight corruption and said that “Mr Iohannis will do very well in the upcoming election.”

Romania holds a presidential election, in which Iohannis is widely expected to win a second term, in November.

The US president also reiterated his support for Romanians to be allowed to travel to the United States for up to 90 days without needing a visa, an important issue for citizens in the country.

Romania has yet to meet the standards to become part of the visa-waiver programme.