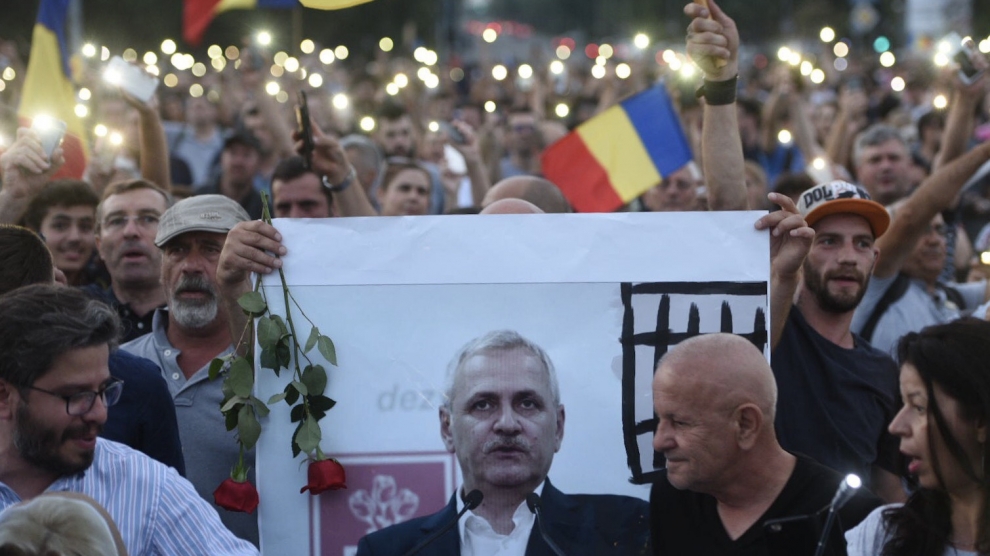 There were celebrations across Romania on June 21 after a court in Bucharest sentenced Liviu Dragnea, the leader of the country’s ruling party (the PSD) and de facto prime minister to three years and six months in prison for official misconduct. The court ruled that Mr Dragnea personally intervened to keep two PSD members on the payroll of a welfare agency in his home county of Teleorman in southern Romania.

While the sentence is subject to appeal, a number of opposition leaders have already called on Mr Dragnea to resign from his position as speaker of Romania’s lower house of parliament, the third most important office of state.

One of them is Dacian Ciolos, a former prime minister and leader of the Romania Together movement, who said that Dragnea had to depart the political stage.

“For the good of the country, the parliamentary speaker has to let go of the strings of power,” he said. “We need a new political class: honest and professional.”

This latest conviction – Mr Dragnea is already serving a two-year suspended sentence for vote rigging – comes at a tense time for Romania, as the PSD and its allies in parliament look to dismantle the country’s anti-corruption apparatus.

On June 19 parliament passed a wide range of changes to the penal procedural code which threaten to make it increasingly difficult for the country’s anti-corruption unit, the DNA, to investigate crime.

The guilty verdict against Mr Dragnea should also strengthen the position of the DNA’s boss, Laura Codruta Kovesi. Romania’s Justice Minister Tudorel Toader – an ally of Mr Dragnea – formally called on President Klaus Iohannis to fire Mrs Kovesi in March. He has yet to do so, despite Romania’s Constitutional Court ruling earlier in June that he must follow the justice minister’s instructions.