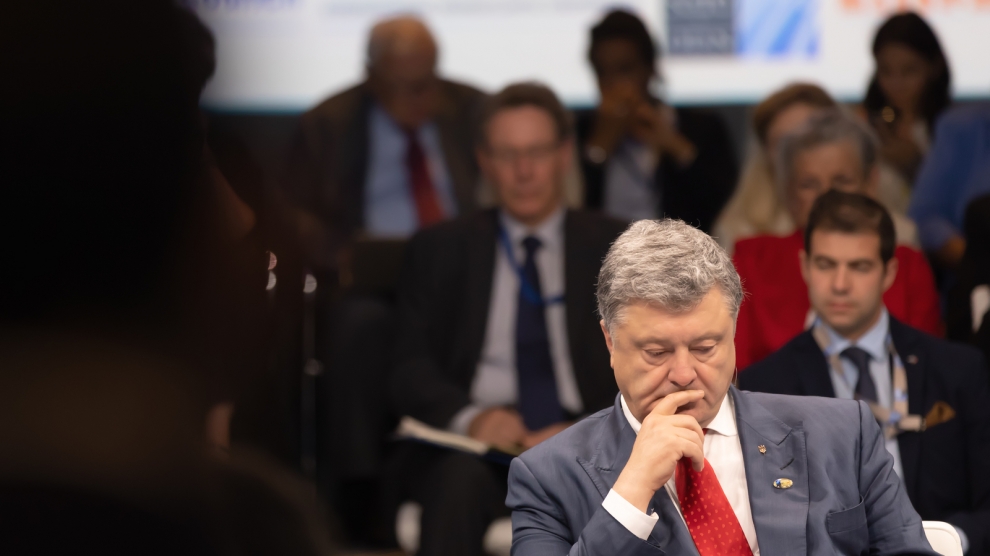 Russia announced on November 1 that it had decided to impose sanctions against 68 Ukrainian companies and 322 Ukrainian individuals, including many of the country’s leading politicians. The move comes amid continuing tensions between the two countries, exacerbated in recent weeks by the decision of the Constantinople Patriarchate’s to allow Ukraine to establish its own church, independent of Moscow.

According to a prime ministerial decree signed by Dmitry Medvedev, the goal of the sanctions is “to counter Ukraine’s unfriendly activities toward Russian citizens and entities, and to normalise bilateral relations.”

Ukrainian President Petro Poroshenko (pictured above) called the sanctions “a badge of honour for all Ukrainians. It will be disappointing not to be on the list.” His eldest son, Oleskiy, is one of those targeted by the sanctions, as is former prime minister Yulia Tymoshenko, the favourite to win next year’s presidential election. Several businessmen were also sanctioned, including the billionaire Victor Pinchuk and Pavel Fuchs, a property developer who once unsuccessfully tried to build a Trump Tower in Moscow. Mrs Tymoshenko echoed the president’s comments, saying that “the Kremlin sanctions do not bother me much.”

Mr Poroshenko added that instead of “sabre-rattling,” Russia should “leave Ukraine for good, with our territorial integrity restored.”

Kateryna Rozhkova, deputy governor of the National Bank of Ukraine, believes that the sanctions will have little impact.

“I certainly see no threat to the Ukrainian financial system from these sanctions,” she said.