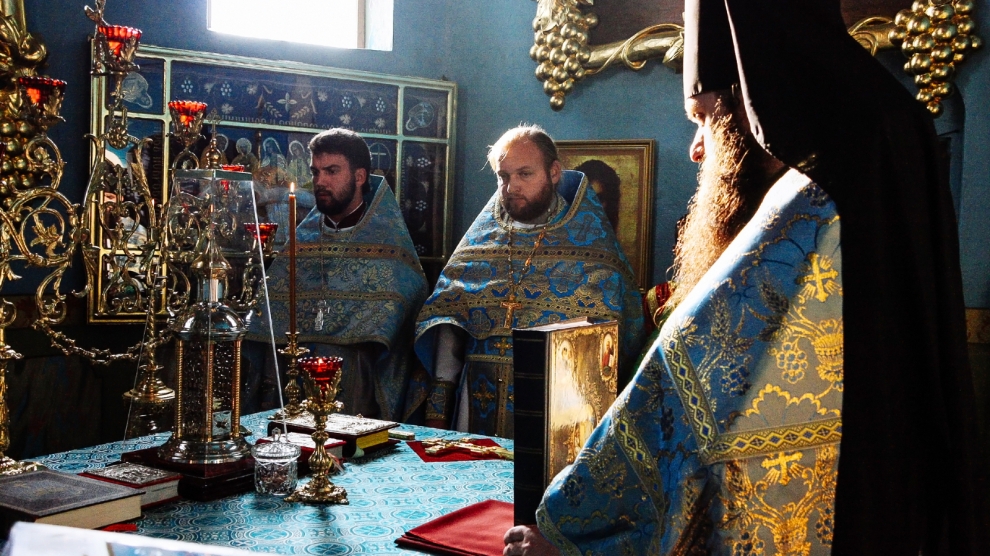 Russian authorities in the illegally-occupied Ukrainian Crimean peninsula have released Archbishop Klyment of Simferopol, a head of the Ukrainian Orthodox Church.

Local police arrested the clergyman in Simferopol, the Crimean capital on March 3. Speaking to a journalist from AFP, the archbishop said police did not tell him why he was detained.

Hours later, Russian lawyer Nikolai Polozov confirmed that Klyment had been released and that no charges had been brought against him.

The archbishop reportedly planned to travel to Russia to attend the court hearing of Pavlo Hryb, a young Ukrainian citizen who is being detained in Rostov-on-Don and faces charges of terrorism against Russia.

Mr Hryb’s father said his son did not commit the crimes he is charged with and said that his prosecution was Russian retaliation for internet posts that were openly critical of Russia’s annexation of Crimea. The EU has repeatedly called for Mr Hryb’s release.

The Ukrainian Foreign Ministry called Archbishop Klyment’s detention a violation of religious freedom on the Crimean Peninsula. “Russian occupants continue their systematic attack on Ukrainian Orthodoxy in Crimea,” Kateryna Zelenko, spokeswoman of the foreign ministry, said in a statement.