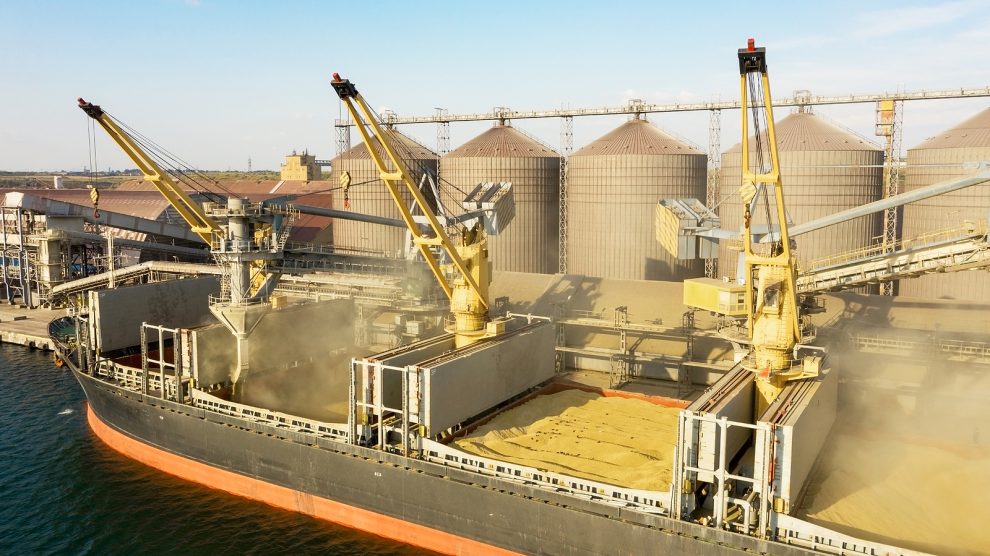 Russia on Wednesday made a humiliating U-turn, rejoining a United Nations-brokered deal that allows Ukrainian grain to be shipped through the Black Sea. Moscow had pulled out of the deal just four days previously for what it said was an “indefinite term”, saying it could no longer guarantee the safety of civilian ships.

The Russian U-turn came two days after a large convoy of ships moved a record amount of grain in defiance of Moscow’s warnings that it would be “unsafe” without its participation.

Calling Moscow’s bluff, cargo ships loaded with more than 354,000 tonnes of grain left Ukrainian ports on Monday morning, despite Russia’s warnings, in a move that essentially dared Moscow to use force to stop the flow of wheat for the developing world.

With the world watching, Russian President Vladimir Putin backed down.

Electricity supply was restored to everybody in the Kyiv region on Thursday, after Monday’s Russian bombardment of energy facilities, according to the region’s governor, Oleksiy Kuleba.

Nevertheless, Kuleba warned that rolling blackouts would remain in place, in order to reduce the load on networks and avoid emergency situations.

On Wednesday, Ukraine’s president, Volodymyr Zelensky, told the European Commissioner for Energy Kadri Simson, who was visiting Kyiv, that around 40 per cent of the country’s energy infrastructure had been damaged since Russia intensified its attacks on civilian infrastructure on October 10.

Simson promised EU support to “repair and replace” damaged infrastructure, and that Ukraine will need “internationally coordinated help” as well as “specific equipment and tools” that would require funding and swift delivery. She said she had assured Zelensky that the EU was “reaching out to partners to help with the dedicated support needed.”

The UN nuclear watchdog said on Thursday it had found no sign of undeclared nuclear activity at three sites in Ukraine that it inspected at Kyiv’s request in response to Russian allegations that work was being done on a “dirty bomb”.

Moscow has repeatedly accused Ukraine of planning to use such a bomb – a conventional explosive device laced with radioactive material – and said institutes linked to the nuclear industry were involved in preparations, without presenting evidence. Ukraine’s government denies the accusation.

Two Polish state energy firms companies, oil refiner PKN Orlen and oil and gas producer PGNiG, finalised their merger on Wednesday. Their fusion marks the latest step in expansion plans for Orlen, which was already the largest company in Central and Eastern Europe and has ambitions to become a global player “We have merged with PGNiG,” tweeted Daniel Obajtek, CEO of Orlen, which already recently acquired another Polish state-owned refiner, Lotos, and electricity provider, Energa. “Thus, we are finalising the acquisition processes thanks to which we enter the ranks of the 150 largest companies in the world.”

European Union peacekeeping forces in Bosnia and Herzegovina, known also as Operation Althea, whose mission is to ensure continued compliance with the 1995 Dayton peace agreement that ended the 1992-95 war, will continue their presence for another year. Western countries had feared that Russia, as one of the five permanent members of the UN Security Council with the power of veto, could block the mission’s extension. At Wednesday’s session of the Security Council, however, all 15 members voted for the Draft Resolution on Bosnia and Herzegovina.

Kosovo Prime Minister Albin Kurti announced last Friday that he will postpone the implementation of his government’s decision to make drivers with vehicle licence plates issued by Serbia change them for Kosovo plates from November 1. Kurti said that there will now be a phased implementation of the change to Kosovo plates which will continue until April 21. Kosovo Serb leaders have warned that they will again blockade roads in the Serb-dominated north of Kosovo if the measure is imposed.

Albania’s Prime Minister Edi Rama has accused the UK of scapegoating his citizens to excuse its “failed policies” on borders and migration. He told the BBC on Wednesday that Home Secretary Suella Braverman’s remarks about the UK being invaded would fuel xenophobia. Rama said Britain was a role model on integrating minorities but was now becoming “like a madhouse”. Last week, British MPs were told 12,000 Albanians had arrived in the UK after crossing the Channel so far this year.

President Maia Sandu of Moldova pledged on Tuesday to keep her country on a pro-Western course and as a firm supporter of Ukraine despite struggling under pressure of what she called Russia’s energy and political blackmail. “I want everyone to know that Moldova choses to be free and continue on its European path no matter what the circumstances,” Sandu told Romania’s parliament while visiting the country. “We are willing to pay the price of our freedom,” she added.

Finnish tyre giant Nokian, which in June exited Russia following Moscow’s invasion of Ukraine and the implementation of crippling sanctions, this week announced plans to construct a new passenger car tyre plant at Oradea, in the west of Romania close to the Hungarian border and Central European markets. The annual capacity of the factory will initially be six million tyres. The site will also house a distribution facility for the storage and distribution of tyres, and Nokian’s total investment is estimated to be approximately 650 million euros. The sum represents one of the largest foreign direct investments in Romania in recent years.

President Kassym-Jomart Tokayev has approved an amnesty that covers the vast majority of people charged over deadly unrest that gripped Kazakhstan in January – provided they admit their guilt. Some 1,500 people out of 1,600 charged are eligible for amnesty, including 700 charged with participating in mass unrest and law-enforcement officers involved in the dispersal of demonstrators. Those already convicted of minor crimes will be released if serving custodial sentences. Others found guilty of more serious crimes will have their prison terms reduced by up to 75 per cent.