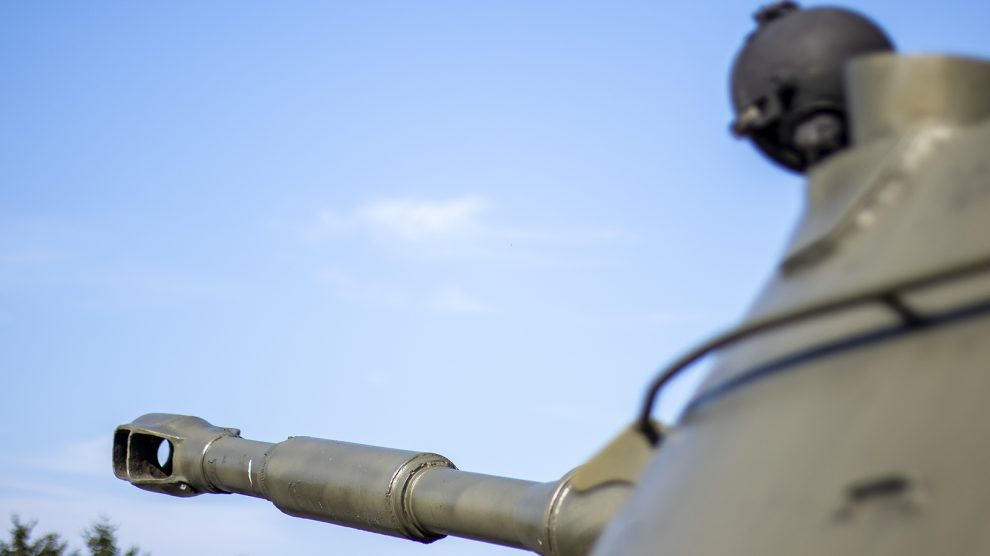 The French Defence Ministry said this week that it will soon hold talks with its Ukrainian counterpart to arrange for the delivery of armoured combat vehicles in what France’s presidency says will be the first time this type of Western-made wheeled tank destroyer will be given to the Ukrainian military.

Discussions will include the delivery timetable and the training of Ukrainian soldiers on the equipment, the ministry said.

Designated as “light tanks” in French, the AMX-10 RC carries a 105-milimeter cannon and two machine guns. It’s primarily designed for reconnaissance missions and has enough armor to protect against light infantry weapons, according to the French defense ministry. They have wheels rather than tracks, allowing it to be more mobile than heavy tanks.

Ukrainian Prime Minister Volodymyr Zelensky took to Twitter to thank France the weapons and for “intensifying work with partners in the same direction.”

Ukraine has for months sought to be supplied with heavier tanks, including the US Abrams and the German Leopard 2 tanks.

The prolonged and bloody battle for Bakhmut has destroyed more than half of the city in eastern Ukraine, a local official said on Thursday.

Pavlo Kyrylenko, the head of the Ukrainian military administration for the Donetsk region, which includes Bakhmut, said that Ukrainian troops are holding off Russian forces but that the defence of the city has come at a cost amid “constant shelling.”

Russia has continued to press an offensive aimed at capturing Bakhmut, after suffering a string of setbacks elsewhere in Ukraine in recent months. The city remains one of the Russian military’s main targets, Ukraine’s deputy minister of defence, Hanna Malyar, said on Thursday.

Ukraine’s Economy Ministry this week reported that the country’s economy contracted by just 30.4 per cent in 2022, a remarkable achievement although still the largest drop in GDP since independence from the Soviet Union in 1991. In 2021, Ukraine’s GDP had grown by 3.4 per cent to its highest level in history.

The Economy Ministry also announced this week that Ukraine exported goods worth 44.1 billion US dollars in 2022, of which 63 per cent went to the European Union. Poland was the country’s largest single trading partner.

According to Ukraine’s Economy Minister Yulia Sviridenko, the less-than-expected fall in GDP is a tribute to the country’s resilience, and the ongoing support of its allies.

“The successes of Ukraine’s defence forces on the frontlines, the coordinated work of the government and businesses, the unbreakable spirit of the population and the speed of rebuilding damaged critical infrastructure units and also systemic financial support from international donors have allowed us to keep up the economic front and continue our movement towards victory,” Sviridenko said.

Vladimir Putin on Thursday evening instructed his defence minister, Sergei Shoigu, to introduce a 36-hour ceasefire along the entire line of contact in Ukraine from noon Friday (January 6) to midnight January 7.

Putin’s order came shortly after Patriarch Kirill of Moscow, the head of the Russian Orthodox Church, called for both sides to observe a Christmas truce. Many Orthodox Christians, including most living in Russia and some in Ukraine, celebrate Christmas on January 6-7.

The cynical ceasefire met with short shrift in Kyiv.

Mykhailo Podolyak, an advisor to President Zelensky, responded by saying that Ukraine doesn’t attack foreign territory and doesn’t kill civilians, “as the Russian Federation does”, adding, “Ukraine destroys only members of the occupation army on its territory”.

He called on Russia to leave the occupied territories. “Only then will it have a ‘temporary truce’. Keep [the] hypocrisy to yourself.”

The chief of the European Union visited Croatia on Sunday to celebrate the “immense achievements” of the newest EU member nation, which switched to using the euro and joined the world’s largest passport-free travel area on New Year’s Day. European Commission President Ursula von der Leyen met with leaders of Croatia and Slovenia at the Bregana border crossing between the two Balkan countries, which became obsolete in the first minutes of 2023 as the Schengen Area was expanded to include Croatia. At midnight on Saturday, Croatia also relegated its national currency, the kuna, to history and changed to the euro, the common currency used by 347 million Europeans.

Polish regulator UOKiK will investigate pricing policies on the fuel market, its head said on Thursday, amid a public debate over how the country’s largest refiner PKN Orlen managed not to hike prices despite VAT being raised on January 1. The announcement comes after demands from local authorities to investigate PKN Orlen over accusations that it had artificially inflated prices in 2022 in order to avoid a sudden price increase at the turn of the year. PKN Orlen denies the accusations and says prices did not change due to a stronger zloty currency, which makes buying dollar-denominated oil cheaper.

Bulgaria’s state-owned gas operator Bulgargaz has signed a long-term deal with Turkish state gas firm Botas to get access to the gas network and liquefied natural gas (LNG) terminals in Turkey to ensure continuous supplies. Under the 13-year agreement, Bulgargaz will have access to Turkey’s LNG terminals for cargo shipments, which would then be transported to Bulgaria via Botas’s gas network. The move is part of Bulgaria’s strategy to diversify its gas supply away from Russia. In April last year, Russia blocked gas supplies to Bulgaria after it refused to pay for gas in roubles in response to the invasion of Ukraine.

Serbian President Aleksandar Vučić announced on Wednesday that a US State Department official will visit Belgrade next week amid continued tensions over Kosovo and pressure on Serbia to introduce sanctions against Russia. Vučić said that Derek Chollet, a State Department counselor, is to visit Belgrade on January 11 or 12. Chollet last month had to cancel a visit to the Western Balkans and Brussels after he tested positive for Covid-19. “I believe in creating better relations with the United States, we’ll see how it goes. It won’t be an easy conversation, but I believe we can talk,” Vučić said at a press conference.

Nobel Peace Prize laureate Ales Byalyatski went on trial in Belarus on Thursday, facing up to 12 years in jail in a case his allies see as political retribution for his rights work. The 60-year-old, who co-founded the Viasna human rights group, is one of the most prominent of hundreds of Belarusians who were jailed during a violent crackdown on anti-government protests that erupted in the summer of 2020. Byalyatski, who shared the Nobel Peace Prize with Russian rights group Memorial and Ukraine’s Center for Civil Liberties in October, was arrested in 2021 along with two co-workers from Viasna.

Romania has a resident population of 19.05 million people according to the preliminary results of a census taken last year, a fall of 1.1 million people from the previous census of 2011. Almost all of Romania’s 42 counties saw a decrease in their population apart from Ilfov on the outskirts of Bucharest, which gained 153,900 people. Two other counties – Bistrița-Năsăud and Suceava – also saw small gains. The capital Bucharest saw its population drop by about 166,000.

Representatives from a group of parties led by the pro-Russian Democratic Front in Montenegro have failed to form a government led by Prime Minister-designate Miodrag Lekić. “I said that the government will be serious or there won’t be one. There won’t be one, and let the citizens interpret who was serious,” Lekic said after the meeting on January 4. The country has been gridlocked since the government of Prime Minister Dritan Abazović fell in a no-confidence vote in August.

At least 19 Uzbek children died in December after taking an Indian-manufactured cough medicine that turned out to contain toxins. The Doc-1 Max cough syrup, which was sold in Uzbek pharmacies, contained up to 300 times the safe level of ethylene glycol, an organic compound normally used to make polyester fibers and anti-freeze, according to Uzbek officials. News of the poisonous cough syrup filtered out via social media, after the leak of a letter from a senior paediatrician in Samarkand Region to the head of the local health department stating that 15 children had died.