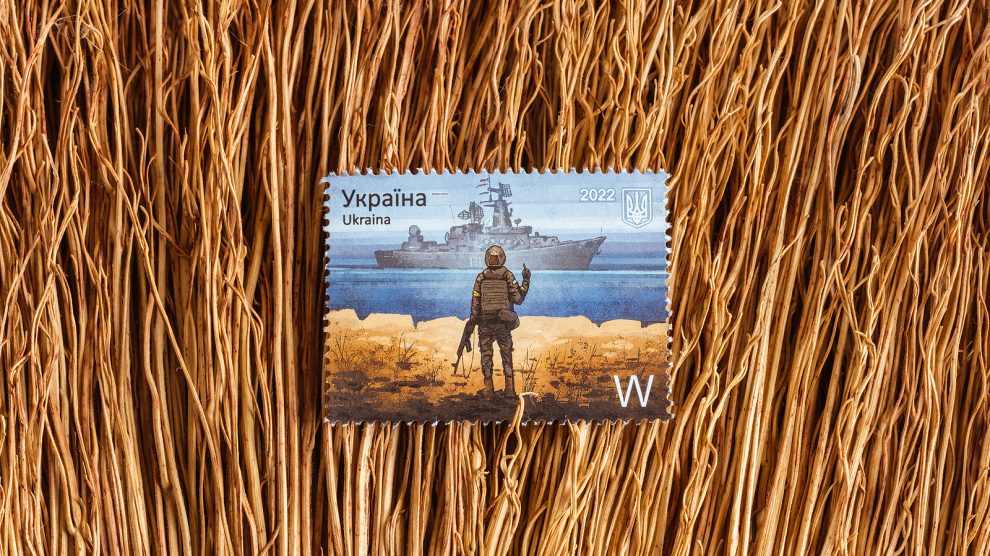 In Ukraine, Russian is now ‘the language of the enemy’

The linguistic migration from Russian to Ukrainian has taken on new urgency since 24 February but it began in the early 1990s, in the first years of Ukrainian independence. At that time the well-known novelist Irene Razdobudko moved from Donetsk to Kyiv and began to work in Ukrainian. She already knew the language, so the transition was not so difficult for her. Also, at that time, Russia had not yet started “defending” the Russian language and Russian speakers in Ukraine.

Sven miles from Ukraine’s frontline, resting Ukrainian soldiers were smoking cigarettes on benches in the shade outside a military hospital. The constant thud of artillery could be heard in the distance. The city of Bakhmut felt deserted. There was little sense of life from before the war – no children, cars, and barely any people. Windows were boarded up with only a handful of civilians on the streets. Almost the only activity had been brought here by the war.

From the graveside to the front, Ukrainians tell of grim endurance

Nearly 600 graves stretch to the edges of the military cemetery outside the city of Dnipro, marked by ranks of yellow and blue Ukrainian flags snapping in the wind. The graves represent just a small percentage of the thousands of Ukrainian soldiers who have died in eight years of war since Russia first began to annex parts of their country in 2014, but the rapid expansion of this graveyard in eastern Ukraine is telling. Almost half the graves are fresh. Draped in wreaths of artificial flowers or marked with a wooden cross stuck in the bare mud, they belong to soldiers killed in the last three months, since Russia began its large-scale invasion of Ukraine.

The West is forgetting the lessons of Cold War victory

Although Communism has never regained its hold on the continent of Europe, the situation may be worse now than then. Vladimir Putin may not believe in Marxism-Leninism, but he has as little respect as Stalin for the independence of free countries. He shares Stalin’s obsession with controlling places he chooses to regard as Russian even when international law and democratic opinion say otherwise. He borrows Stalin’s methods – the shooting, bombing, rape, starvation and torture of civilians, deportation, using prisoners as hostages, puppet regimes and the looting of grain. Putin has indulged in military bloodletting on a scale not seen since the Second World War. Reagan and Thatcher had to face the Soviet occupation of Afghanistan, but even that was not as brutal as Putin’s attempted destruction of Ukraine.

Georgians take up arms against Russia in Ukraine

While many Georgians feel a personal connection to the war in Ukraine, a number are putting their lives on the line for it, traveling to Ukraine to fight in its defence against the Russian invasion. At least nine Georgians have died fighting in Ukraine since the beginning of the war, which is likely the largest death toll among any foreign contingent fighting on the Ukrainian side. The Georgian volunteers include former Georgian soldiers, poets, bloggers, and two former ministers of defence.

Russia’s lacklustre military performance in Ukraine has badly damaged the reputation of its armed forces. Bogged down, and with losses mounting, the Russian army hardly appears to be the second- or third-most capable force in the world, as was previously thought. Conversely, nato has been reinvigorated, with Finland and Sweden hoping to join. Vladimir Putin’s invasion has proved to be a colossal miscalculation. Yet some in NATO may be overinterpreting the lessons of this war, and failing to take a longer view of European security.

Viktor Orbán was clear. His political priority in Europe, Hungary’s prime minister said in April, was better relations with Poland — restoring a close alliance frayed by war in Ukraine. Two months on, though, Hungary and Poland seem further apart than ever because of fundamental differences in responding to Russian aggression towards Kyiv. Poland has become one of the EU’s most vocal advocates of tougher action against President Vladimir Putin. Meanwhile, Orbán spent weeks resisting tougher sanctions against Moscow out of concern for his country’s economy, finally winning the right to continue to use cheap Russian oil sent via pipeline.

Wheat is on the verge of rotting in Ukraine’s warehouses. Piles of it have been stuck in storage since Russia invaded in February and imposed a blockade on Ukrainian ports in the Black Sea, from where the bulk of wheat is exported. This immediately disrupted global wheat exports from the two countries, which together provide 30 per cent of world supply, and completely cut off Ukraine’s nine per cent share. The blockade sparked global panic about where to buy wheat, particularly in countries in north Africa and the Middle East which rely on grain imports from the region and already face food shortages on top of economic and climate crises. Global wheat prices soared.

Putin’s Ukraine war draws on his vision of nationalism, exceptionalism

Russian President Vladimir Putin’s invasion of Ukraine represents his version of what a US official calls “Russian exceptionalism” — the idea that Russia is a unique Eurasian imperial system, historically sprawled across two continents, that can play by its own rules. The official, who specialises in Russia, says Putin is riding the tiger — unleashing an extreme brand of Russian nationalism in taking his nation to war while simultaneously trying to unite the scores of non-Russian ethnic groups that make up the Russian Federation. Some analysts describe his approach as “Russian fascism”.

Russia: A state of homophobia

2022 marks the 10-year anniversary of Vladimir Putin’s first legislative attack on citizens based on their sexual orientation. This law, which prohibits “propaganda of homosexuality and pedophilia among minors”, was adopted in March 2012 and covered the city of St. Petersburg. The following year, a similar ban went into effect throughout the rest of the country. Immediately after the adoption of the federal law, “On the prohibition of propaganda of non-traditional sexual relations among minors,” sociologist Alexei Levinson noted that it encroaches on “the freedom of all people to express their opinions in public space.” Since then, as human rights activists note, the persecution of LGBT people in Russia has increased every year, mirroring the growth of aggressive homophobic propaganda.