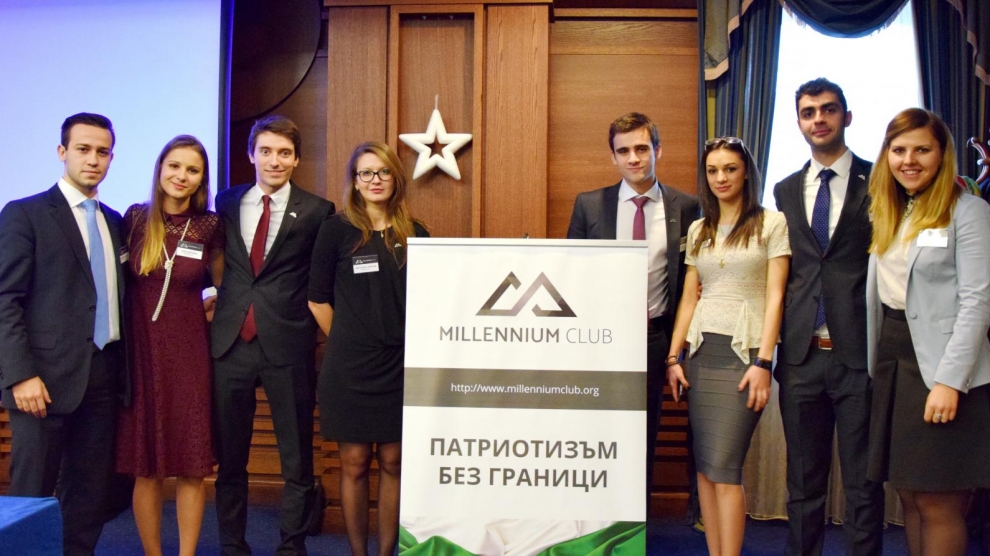 Young Bulgarian professionals and students from across the world are working on a new vision of their country. Bulgarian society has experienced great socio-economic hardship during the 90s, known as the transition period. The young generation finally want to end the transition.

“It is not about forgetting the past. Rather, it is about reconciliation with what has been irretrievably lost or cannot be changed regarding the future vision of the country,” Kaloyan Bukovsky, member of the Millennium Club Bulgaria’s Governing Board and director of The End of the Transition campaign, said in an interview for Bloomberg TV Bulgaria.

After the fall of socialism across central and eastern Europe, many Bulgarians at the time hoped that the new period that awaits them will bring a higher standard of living and more democratic freedom. However, hopes since then have mostly been dashed, as the country continues to struggle to get back on its feet. Serious issues, such as corruption, a demographic crisis and organised crime are a reality in modern day Bulgaria, with a general overarching feeling of pessimism still looming over the country, almost thirty years since the fall of socialism.

In addition, the Bulgarian political and social elite, and the general public by extension, has been at odds with how to interpret the country’s socialist era (1994-1989). Left-wing parties have generally been nostalgic of the socialist era, whereas right-wing parties have defined that period as ‘criminal’ and have sought to, essentially, conduct a “witch-hunt” on individuals linked to the State Security, the Bulgarian secret service at the time.

Earlier this year, Millennium Club Bulgaria, a think tank of young Bulgarian professionals and students launched its The End of the Transition campaign, which is already proving to be one of its biggest and thought-provoking. It seeks to put an end to Bulgaria’s transition and formulate the country’s strategic aims for the next 25 years. The campaign is best described by its six principles, which include an efficient strategy for reintegrating the Bulgarian diaspora abroad, whilst recognising that this does not necessarily mean their repatriation.

Rumen Cholakov, chairman of Millennium Club, stated at the Club’s annual general meeting: “By concentrating on the past we are not paying attention to the problems that exist today and, above all, to the long-term future to which we aspire. We are not entertaining any illusions: we know that for many people this discourse will continue. Yet, we are striving to give hope and focus on the future with our campaign as much as we can, and, essentially, to unite as a nation.”

As part of the campaign, Millennium Club, along with CantaBulgarian, the Bulgarian Society at the University of Cambridge, are organising a day-long conference: From Communism to Capitalism: Is There an End to the Transition of Societies in Eastern Europe?. The conference will be held in the Oxford & Cambridge Club in London on September 9, 2018 and will feature panel discussions with respected academics and scholars who specialise in central and eastern Europe and the Balkans, as well as political figures from across the political spectrum in Bulgaria.

The date for the conference was not chosen accidentally: September 9, 1944 was the date of the communist-led coup d’état that established the socialist regime in the country. The date became a national holiday in socialist Bulgaria.

In addition, the campaign’s analysis team has been publishing papers on the campaign’s website in both English and Bulgarian. The publications cover a variety of topics, such as privatisation during the transition, demographic crisis, the legacy of socialist feminism, foreign trade and many others.