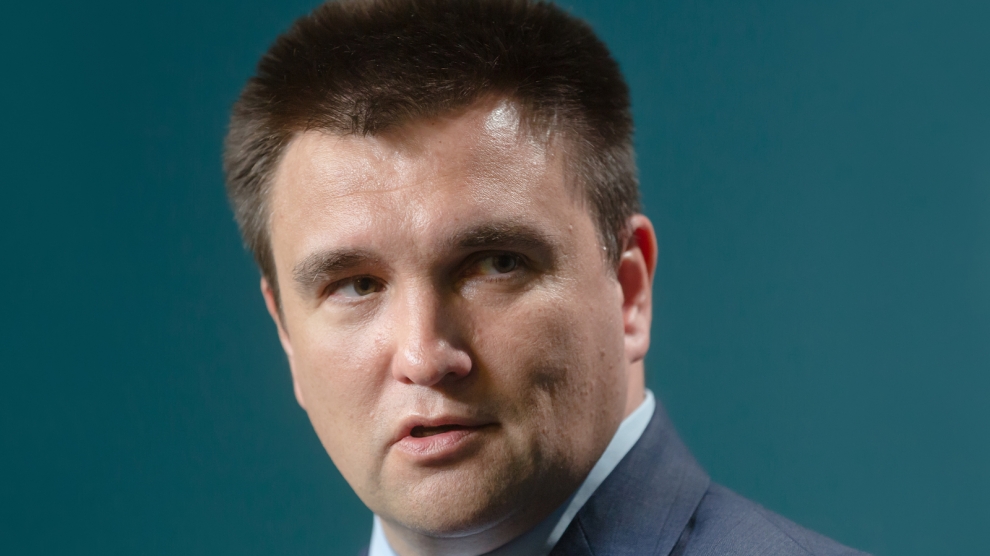 Ukraine’s foreign minister Pavlo Klimkin (pictured above) has said that the country’s foreign policy will remain focused on accession to the European Union and NATO regardless of who is elected head of state.

The current president Petro Poroshenko faces challenger Volodymyr Zelensky in the second round of the presidential election on April 21.

“Ukraine will continue its drive towards the transatlantic community, towards NATO, towards the European Union. There could be some differences in time-frames and tactics but in the sense of strategy, it is already decided 100 per cent,” Mr Klimkin said.

Speaking in a TV interview with American broadcaster CNBC, the foreign minister emphasised that the public would never allow Ukraine to turn to Russia again.

“I am pretty sure there would be no U-turn, or left turn or right turn on foreign policy. Ukrainian society would not allow it,” the minister said.

Commenting on the fifth anniversary of Russia’s annexation of Crimea, Mr Klimkin said Ukraine still hopes to reclaim the peninsula, as well as the Donbass region, from pro-Russian separatists.