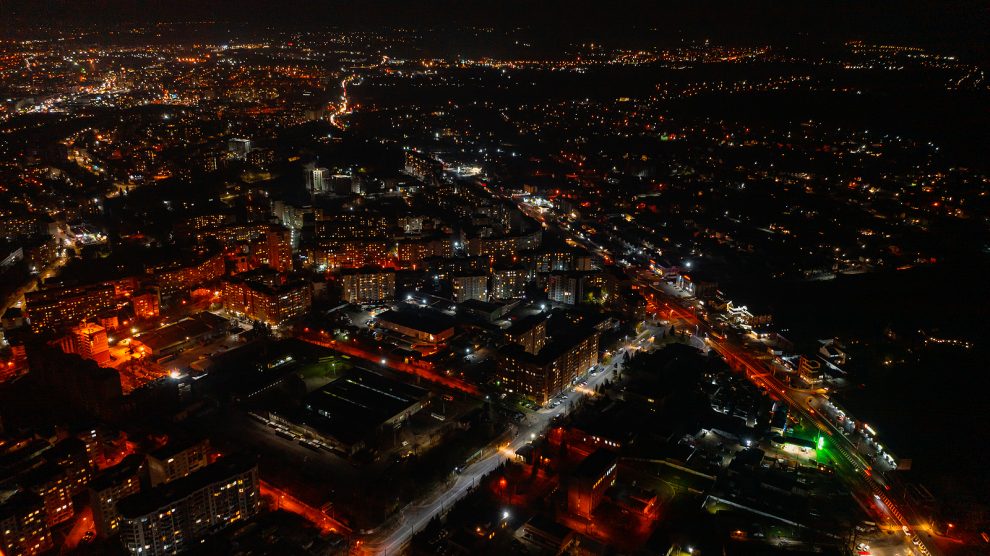 Ukraine on Thursday begin restricting electricity supplies across the country in response to Russia’s strikes ongoing against its energy infrastructure.

Russia destroyed three more energy facilities on Wednesday according to Ukraine’s President Volodymyr Zelensky, who added that Russian airstrikes have destroyed 30 per cent of Ukraine’s power stations since October 10.

He called on Ukrainians to prepare for “rolling blackouts” and asked people to conserve energy.

Russia’s strikes on energy infrastructure are “acts of pure terror” that amount to war crimes, the head of the European Commission Ursula von der Leyen’s told the European Parliament this week.

The European Council, currently meeting in Brussels, is expected to discuss options for more support to Ukraine, including badly-needed energy equipment, help with the restoration of power supply and long-term financing to rebuild.

The Norwegian Refugee Council meanwhile on Thursday warned that the attacks on civilian infrastructure needed for water, electricity and heating could further displace thousands across Ukraine and into neighbouring countries.

“The recent escalation of attacks against civilians and infrastructure is leaving the most vulnerable in desperate conditions as winter starts to bite. As the weather worsens, people are going to face the desperate choice of staying where they are without basic needs or packing their bags and moving to somewhere else in Ukraine or into neighbouring countries,” said Carlo Gherardi, regional director for the Norwegian Refugee Council in Central and Eastern Europe.

The United States, Britain and France this week said there is “abundant evidence” Russia is using Iranian drones to strike civilians in Ukraine.

Ukraine has identified the drones – or unmanned aerial vehicles (UAVs) – as Iranian Shahed-136 weapons. They are dubbed “kamikaze” drones after the Japanese fighter pilots who flew suicide missions in World War Two.

Iran denies supplying the drones to Russia, but Vedant Patel of the US State Department said the US “exposed publicly that Russia has received drones from Iran, that this was part of Russia’s plan to import hundreds of Iranian UAVs of various types”.

He added that there was “extensive proof” of Russia’s use of them in Ukraine.

Russian President Vladimir Putin on Wednesday declared martial law in four Russian-occupied regions of Ukraine that Moscow claimed last month as its own territory but is struggling to defend from Ukrainian advances.

In televised remarks to members of his Security Council, Putin boosted the security powers of all Russia’s regional governors and ordered the creation of a special coordinating council under Prime Minister Mikhail Mishustin to step up the faltering war effort.

He said the “entire system of state administration”, not only the specialised security agencies, must be geared to supporting what Russia calls its “special military operation”.

In one of the four regions, Kherson, Russia was this week accused by Ukraine of orchestrating a “mass deportation” of residents.

“Putin’s martial law in the annexed regions of Ukraine is preparation for the mass deportation of the Ukrainian population to depressed areas of Russia in order to change the ethnic composition of the occupied territory,” Oleksiy Danilov, secretary of Ukraine’s National Security and Defence Council.

MEPs this week awarded the people of Ukraine the 2022 Sakharov Prize for Freedom of Thought.

“This award is for those Ukrainians fighting on the ground. For those who have been forced to flee. For those who have lost relatives and friends. For all those who stand up and fight for what they believe in. I know that the brave people of Ukraine will not give up and neither will we,” she said.

Poland signed a deal on Wednesday to buy hundreds of South Korean multiple rocket launchers amid efforts to step up the nation’s defences in light of the war in neighbouring Ukraine. Deputy Prime Minister Mariusz Blaszczak, who also is Poland’s defence minister, said the K239 Chunmoo systems are comparable to the American-made HIMARS launchers, a number of which Poland is also acquiring.

Despite ongoing disputes between Brussels and their respective governments, at least eight-in-ten adults in Poland and six-in-ten in Hungary say the EU promotes peace, democratic values and prosperity, according to a new poll from Pew Research. Most in Poland also feel the EU respects their country’s values, understands the needs of Polish citizens and treats Poland fairly, though considerably fewer in Hungary say the EU does the same for their country.

Romanian state-owned gas producer Romgaz said on Wednesday it plans to develop a liquefied natural gas project at the Black Sea jointly with Azerbaijan’s state energy firm SOCAR. The two companies signed a memorandum of understanding in capital Bucharest and agreed to perform a feasibility study for such a project, which would include an LNG plant, a regasfication plant and other facilities needed to transport gas from the Caspian Sea.

The European Parliament this week urged EU countries to allow Romania and Bulgaria to join the Schengen free-travel area as soon as possible. Both have been members of the EU for 15 years now, but remain outside the passport-free zone due to being blocked at a political level. On Tuesday, MEPs voted overwhelmingly to back Bucharest and Sofia’s bid to join Schengen, with 547 votes in favour, 49 votes against, and 43 abstaining. The European Council will make a final decision in December.

Bulgaria’s fragmented parliament failed to elect a new speaker Wednesday, heralding a continuation of the political gridlock that has gripped the country for two years. MPs convened for the first time since an election earlier this month, the country’s fourth in less than two years. Choosing the national legislature’s new speaker was the only item on the day’s agenda. However, neither of the candidates put forth by the two largest political groupings – the center-right GERB-UDF coalition and the reformist We Continue the Change party – mustered enough support to become the new speaker.

A United States diplomat said this week that Kosovo and Serbia have to reach an agreement which will see the two foes finding a way forward in their mediated dialogue, which is designed to normalise relations. Gabriel Escobar, US Deputy Assistant Secretary and US envoy for the Balkans, told Prishtina-based Kanal10 TV on Thursday that the long-lasting EU-facilitated dialogue needs to come to a conclusion. “I have heard European colleagues characterising it as a matter of weeks and not years… for an agreement for the way forward. Beyond that, it is up to two parties and the facilitators to determine a timeline but it should be quick,” Escobar said.

Moldova’s pro-Western government will lend gas utility Moldovagaz 1.05 billion lei (54 million US dollars) so it can pay Russian gas supplier Gazprom or supplies, Deputy Prime Minister Andrei Spinu said on Wednesday. In early October, Gazprom said it could shut off gas to Moldova completely unless all contractual obligations were met by October 29, including settlement of a long-standing debt of about 709 million US dollars for past supplies.

Georgian President Salome Zurabishvili says her country may change its “liberal” visa regime for Russian citizens amid an unprecedented influx sparked by the Kremlin’s mobilisation of troops for the war against Ukraine. Speaking at a joint conference in the Moldovan capital, Chisinau, after holding talks with Moldovan counterpart Maia Sandu on Monday, Zurabishvili called the arrival of Russian citizens to Georgia in recent weeks “a challenge”. Currently, Russians do not need visas to enter Georgia and may stay in the country without for up to 365 days.

London’s Royal Opera House this week announced the appointment of a Czech, Jakub Hrůša, as its music director. Hrůša, 41, will begin his tenure in September 2025. He succeeds Antonio Pappano, who steps down from the post at the end of the 2023-24 season after 22 years in the role. Hrůša currently serves as Chief Conductor of Bamberg Symphony, a position he has held since 2016, and he is also Principal Guest Conductor of the Czech Philharmonic and Principal Guest Conductor of the Orchestra dell’Accademia Nazionale di Santa Cecilia.

Bulgaria this week became the latest country to say it will not participate in next year’s Eurovision Song Contest. Broadcasters from North Macedonia and Montenegro had already confirmed they would not be taking part in 2023 because of the increased entry fee. Bulgaria, North Macedonia and Montenegro all failed to make it past the semi-final stage of this year’s song contest.

‘In difficult times, we realise how important connectivity is’
In Lithuania, accelerating digital transition is key to increased productivity
Comment