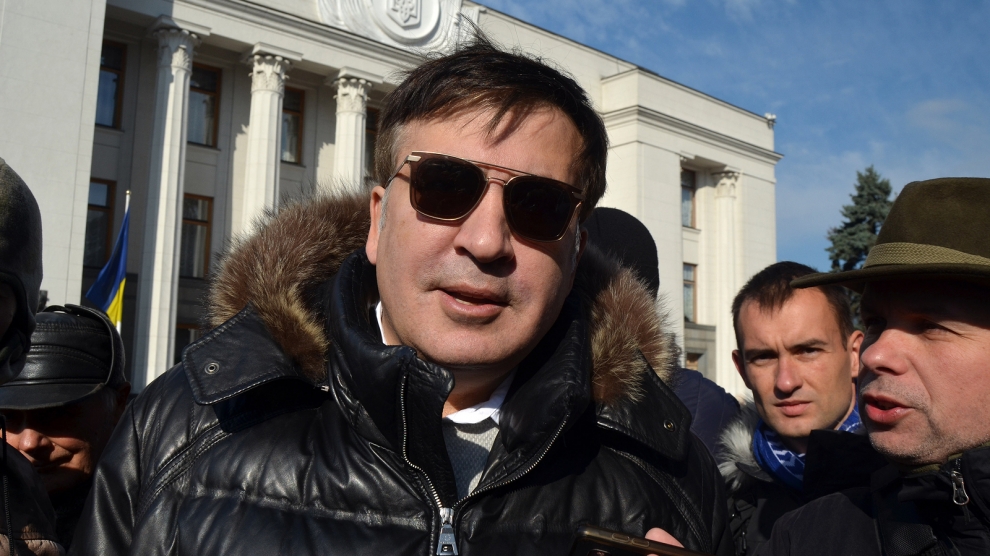 The Chief Military Prosecutor’s Office of Ukraine has announced that it is launching a criminal investigation into the expulsion from the country of former Georgian president Mikheil Saakashvili, Ukrainska Pravda has reported.

According to a statement released by the Prosecutor’s Office, the probe will be launched based on a complaint submitted by Mr Saakashvili over his “illegal transfer” from Ukraine to Poland in February 2018.

In 2015, former Ukrainian president Petro Poroshenko granted Mr Saakashvili Ukrainian citizenship and appointed him as the governor of Ukraine’s Odessa region. The former Georgian president served in this capacity until 2016 when he resigned, citing corruption as the main obstacle to carrying out his job.

In July 2017, however, Mr Poroshenko stripped the former Georgian president of his citizenship. In February 2018 he was apprehended by Ukrainian policy in Kyiv and deported to Poland.

In May, Ukraine’s current president Volodymyr Zelensky decided to reinstate his citizenship. In June, a Ukrainian court reaffirmed the former Georgian president’s citizenship, allowing him to run in the Ukrainian snap parliamentary elections in late July.