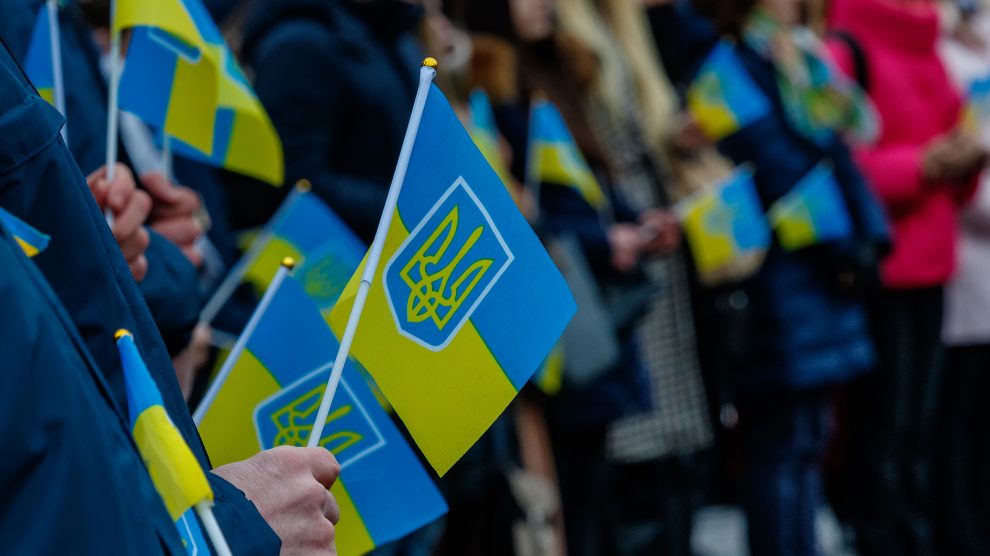 The news in Central and Eastern Europe this week has been dominated by events in Ukraine, which was invaded by Russia on multiple fronts early on Thursday morning. Tens of civilians and military personnel have been killed in fighting, and as a result of Russian missile attacks.

Belarusian forces have also been reported as taking part in the invasion, although its dictator, Alexander Lukashenko, has denied the reports.

On Monday evening, Russia had recognised the independence of two artificial statelets, the so-called Donetsk and Luhansk People’s Republics, created after a previous Russian invasion of Ukraine in 2014.

The full invasion was announced by Russian dictator Vladimir Putin in a television broadcast recorded two days earlier. Putin described the invasion as a “special military operation” and did not formally declare war on Ukraine. He said that the country needed to be “demilitarised” and “denazified”.

“We do not intend to occupy Ukraine,” he added, and warned other nations not to intervene.

“To anyone who would consider interfering from the outside: if you do, you will face consequences greater than any you have faced in history. All relevant decisions have been taken. I hope you hear me,” he said.

The Ukrainian government, led by President Volodymyr Zelensky, remains in the capital Kyiv, where the mood has been described as calm, with residents ordered to stay at home. Martial law was declared across the country soon after the invasion began, and Ukrainian airspace is closed to commercial traffic. A nighttime curfew has been put in place.

Officials in European Union countries bordering Ukraine, including Romania and Slovakia, said there was no big influx of people fleeing for now, but local media and witnesses said foot traffic was increasing.

Poland meanwhile was preparing to accept migrants from Ukraine, including Ukrainian citizens affected by the armed conflict, the country’s health ministry said.

Moldova, from where Russian forces stationed in the breakaway region of Transnistria reportedly launched attacks across the border into Ukraine, a state of emergency has been declared and the country’s airspace closed: flights to the capital Chișinău are being diverted to Iași in Romania.

Lithuania has also declared a state of emergency.

German Chancellor Olaf Scholz said on Tuesday that his government had taken steps to halt the approval process for the Nord Stream 2 gas pipeline from Russia following its recognition of the Donetsk and Luhansk People’s Republics in eastern Ukraine. Speaking to reporters in Berlin, Scholz said he had asked Germany’s economy ministry “to withdraw the report on security of supply with our federal networks agency”, calling this “the first step to make sure the pipeline cannot be certified at this point”.

Nuclearelectrica, the operator of Romania’s sole nuclear power plant Cernavoda, said that its shareholders had approved a 1.85 billion euros project for the refurbishment of the Cernavoda’s Unit 1. Nuclearelectrica aims by the end of 2026 to secure the financial resources and to obtain all necessary approvals and permits to implement the refurbishment, it said on Wednesday.

Former Georgian President Mikheil Saakashvili has launched a new hunger strike to protest the government’s refusing to provide adequate health care for him and the “the way the authorities treat me and our people.” Saakashvili, who was on a 50-day hunger strike while in custody last year, read aloud a letter purportedly from a Dutch physician warning that another hunger strike would cause irreversible damage to Saakashvili’s body that could lead to death.

Turkish President Recep Tayyip Erdogan has spoken again about the possibility of improving ties with Armenia. Erdogan told reporters on a flight back from Africa on February 23 that “we know Armenia has some concrete expectations like opening the borders and establishing diplomatic ties. If Armenia can be committed to continuing the process that began with the special envoys, there will be no such thing as closed doors remaining closed for us,” he said.

In Albania, Francesco Becchetti, an Italian businessman with previous activities in hydropower, waste, television and football, was sentenced to 17 years in prison in absentia by the Court of Tirana on Wednesday. Becchetti, 56, has been on the run from the Albanian authorities since 2014 when he was accused of money laundering in relation to a failed hydroelectric scheme.

Kazakh authorities have arrested another former deputy chief of the Committee of National Security (KNB) over deadly unrest that shook the Central Asian nation last month. The KNB said late on Thursday that Marat Osipov had been placed in pretrial detention on charges of abuse of office. Last week, former Defence Minister Murat Bektanov was detained and charged with inaction during the January unrest.