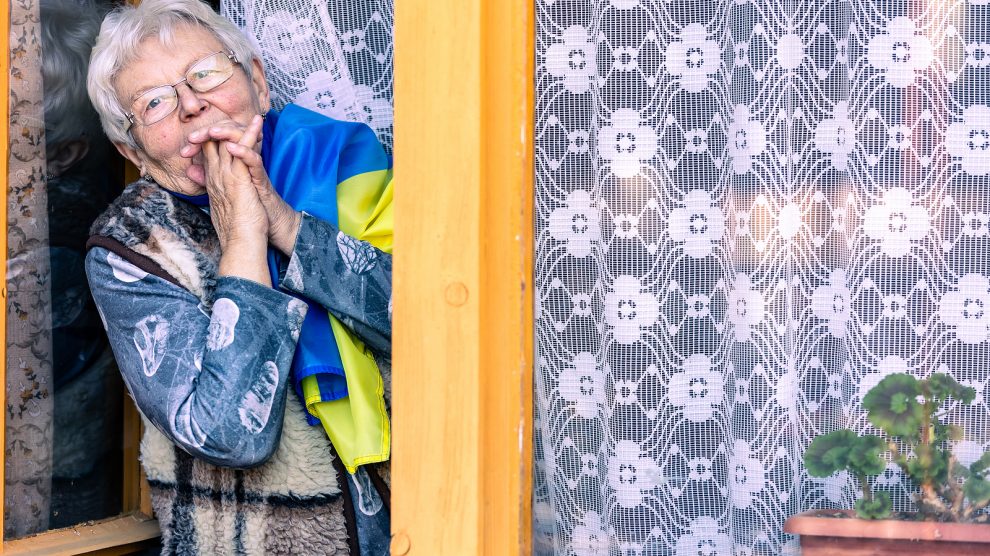 The Kremlin this week dismissed speculation that it will declare all-out war in Ukraine in the coming days as “nonsense” amid speculation from western officials that President Vladimir Putin could use the May 9 Victory Parade to announce an escalation of military action. Kremlin spokesman Dmitry Peskov said there was no truth to the rumours “at all”.

Ukrainian President Volodymyr Zelensky said on Wednesday that he believed Ukraine would again see peace despite Russia’s war but warned that what happens in Ukraine will have important consequences for the rest of Europe.

Addressing the people of Denmark on the 77th anniversary of their liberation from Nazi occupation, he said: “I do believe our day of liberation is coming close.”

Intense Russian attacks continued on the besieged Azovstal steel plant in Mariupol this week, with Petro Andriushchenko, an advisor to the Mariupol mayor saying on Thursday morning that, “as of now, if there is hell in the world, it is in Azovstal. There is non-stop shelling and assault, even at night. The last 11 square kilometers of freedom in Mariupol have been turned into hell.”

Around 400 civilians were rescued from the plant this week, but hundreds remain trapped.

Elsewhere in eastern Ukraine, Russia has had “no success” with efforts to break through front lines in the Luhansk and Donetsk regions, according to the Ukrainian armed forces.

The bodies of 20 more civilians were found on Thursday in the Kyiv region, according to Kyiv’s regional police chief, Andriy Nebytov. The latest discoveries, in the town of Borodianka and the surrounding villages, raise the total number of civilian bodies found in the region to 1,235.

As many as 600 people were killed in the Russian bombing of a theatre in Mariupol in March, according to an investigation by the Associated Press (AP). Based on the accounts of nearly two dozen survivors, rescuers, and people familiar with the theatre, AP found evidence that the attack was twice deadlier than estimated.

The European Union is proposing to ban all Russian oil imports in a sixth package of sanctions. The European Commission’s president, Ursula von der Leyen, said on Wednesday that Putin had to pay a “high price for his brutal aggression” in Ukraine.

She said that the EU would phase out Russian supply of crude oil within six months and refined products by the end of the year.

The European Commission says fines imposed on Poland for its refusal to scrap a controversial disciplinary mechanism for judges had crossed 160 million euros, and would be cut from the EU budget allocation for Poland. The fines stem from the European Union’s accusation that Warsaw’s conservative government had undermined judicial independence and rolled back democratic norms. The EU Commission said on Tuesday that the first tranche of EU funds totalling 69 million euros has already been deducted and a further 42 million euros would be cut by mid-May.

Exxon Mobil said on Tuesday it will sell its Romanian upstream unit to gas producer Romgaz for over one billion US dollars as the oil major focuses its investment on assets with a low cost of supply. Exxon has been present in Romania’s upstream sector since November 2008, when it acquired an interest in the deepwater Neptun Deep block in the Black Sea. The deal with Romgaz includes all shares in Exxon Mobil Exploration and Production Romania along with interest in the XIX Neptun Block offshore Romania. The company said the deal is expected to close in the second quarter of 2022.

Police in Armenia have detained hundreds of people as protests mount against the government’s ongoing negotiations with Azerbaijan. On Monday alone, police detained 244 demonstrators who were blocking streets in Yerevan. It was the latest in a series of protests in recent weeks at which smaller numbers of arrests have been made. Protesters have been rallying by the thousands against the government’s apparent willingness to compromise on Armenians’ sovereignty over Nagorno-Karabakh, the territory at the heart of Armenia’s decades-old conflict with Azerbaijan.

Rio Tinto chief executive Jakob Stausholm will seek to restart talks with the Serbian government about the miner’s stalled multibillion-US dollar Jadar lithium mine after its permits were revoked ahead of last month’s elections in the Balkan nation. “We have certainly not given up on Jadar – I think it’s a perfect project,” Stausholm told reporters after Rio Tinto’s annual shareholder meeting in Melbourne on Thursday. “I’m very hopeful that common sense will prevail and we will enter a dialogue,” he added.

PPF Group will install investor Jiri Smejc as its new chief executive from June 15, turning to the longtime investment partner of the Czech company’s late billionaire founder to help navigate the vast business empire through new challenges. PPF has assets worth around 40 billion euros spanning continents and sectors like telecoms, financial services, media, real estate and biotechnology. Its founder, Petr Kellner, died in a helicopter crash in March 2021 while on a skiing trip to Alaska.

The Kosovo Specialist Prosecutor’s Office has added fresh war crime charges to the indictment of former Kosovo President Hashim Thaçi and three other guerrilla Kosovo Liberation Army leaders turned politicians who have been awaiting the trial in detention in The Hague since November 2020. The updated indictment says that between July 1998 and September 1998 and around April 28 or 29, 1999, certain KLA members detained at least 12 persons without due process of law in the village of Budakova/Budakovo in Kosovo’s southern municipality of Suhareka/Suva Reka.

Dozens of women in Turkmenistan have reportedly lost their jobs in recent weeks for allegedly having had breast implants or lip fillers. The informal restrictions in the tightly controlled Central Asian country came into force this month – shortly after new President Serdar Berdymukhammedov took office in a sham March 12 election in which he replaced his father. In unprecedented raids in public places and offices, police have rounded up women wearing false eyelashes and/or nails and taken them to police stations, multiple eyewitnesses in the capital, Ashgabat, and other Turkmen cities tell RFE/RL.