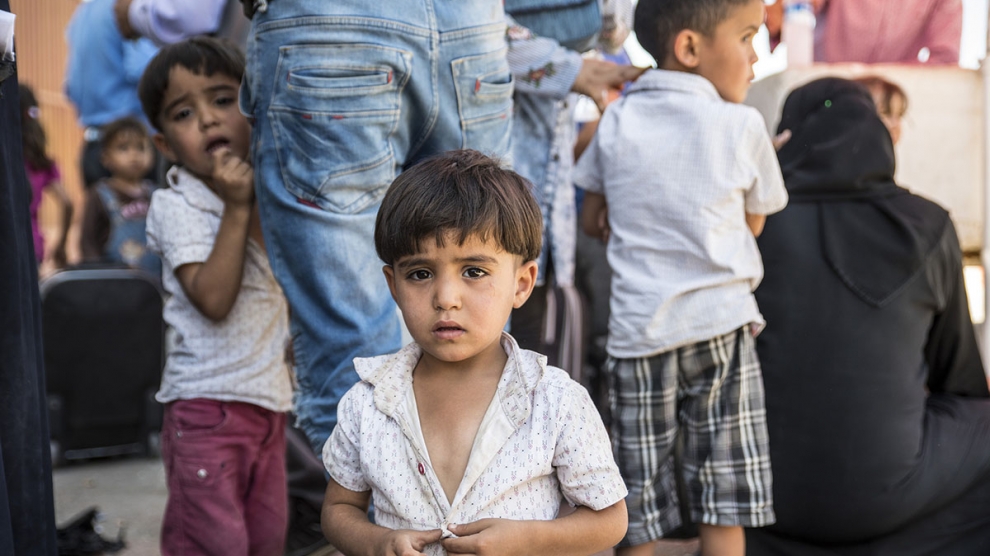 The United Nations Refugee Agency, UNHCR, has called on the Hungarian government to withdraw a package of laws set to be introduced in the Hungarian parliament that would significantly restrict the ability of NGOs and individuals to support asylum-seekers and refugees.

“Seeking asylum is a fundamental human right, it is not a crime,” said Pascale Moreau, director of UNHCR’s Europe Bureau. “We are particularly concerned that the government is targeting those who, in a purely humanitarian role, help people who are seeking asylum. We are calling upon the government to halt any measures that would further increase the vulnerability of people who are simply looking for a safe haven.”

Speaking in the Kossuth Radio programme 180 Minutes, Prime Minister Viktor Orbán argued that while Brussels regards organisational, financial and legal support for migration as a human rights issue, Hungary sees it as a matter of national security, a matter which must be handled accordingly in order to protect Hungarians’ security.

The new laws clamping down on those assisting asylum-seekers and refugees will be included in the so-called Stop Soros package of legislation and it will impose criminal penalties on groups accused of supporting or financing illegal immigration.

“UNHCR appeals to Hungary to remain committed to protecting refugees and asylum-seekers, including by facilitating the essential role and efforts of qualified civil society organisations,” added Mr Moreau. “Without their work, many refugees and asylum-seekers will inevitably suffer serious hardship as they would be deprived of important services such as medical and psycho-social care, housing, education, employment, access to information and legal aid. This will also ultimately negatively impact on the host communities.”

In response, the Hungarian Ministry of Foreign Affairs and Trade issued a statement which said that: “To the Hungarian Government, the safety of the Hungarian people comes first, and we will not allow migrants or organisations that support migration to put Hungary’s security at risk.”

“In recent years, the UNHCR has attacked the Hungarian government on 10 separate occasions simply for protecting the country’s borders against illegal immigrants, and it has already attacked both the border security fence and the national consultation,” the statement continues. “In their opinion migrants should be allowed to move between countries ‘unhindered’, and illegally crossing state borders should not be punished. The Hungarian government does not accept this. Illegal immigration is not a human right. Assisting illegal immigration is not a humane act; it is a crime and a security risk. Migration is a national security issue.”

Since January, Hungary has effectively closed its borders to almost all people wishing to seek international protection. On average, only two asylum-seekers a day are allowed to enter the country through the two transit zones at the border with Serbia and any asylum-seeker who attempts to cross the razor-wire border fences is automatically removed. Last year Hungary, with a population of just under 10 million, granted refugee status to just 1,216 people.

As Azerbaijan Diversifies its Economy, Agriculture Gets a Boost
Estonian Start-Up Taxify Closes 175 Million US Dollar Funding Round
Comment