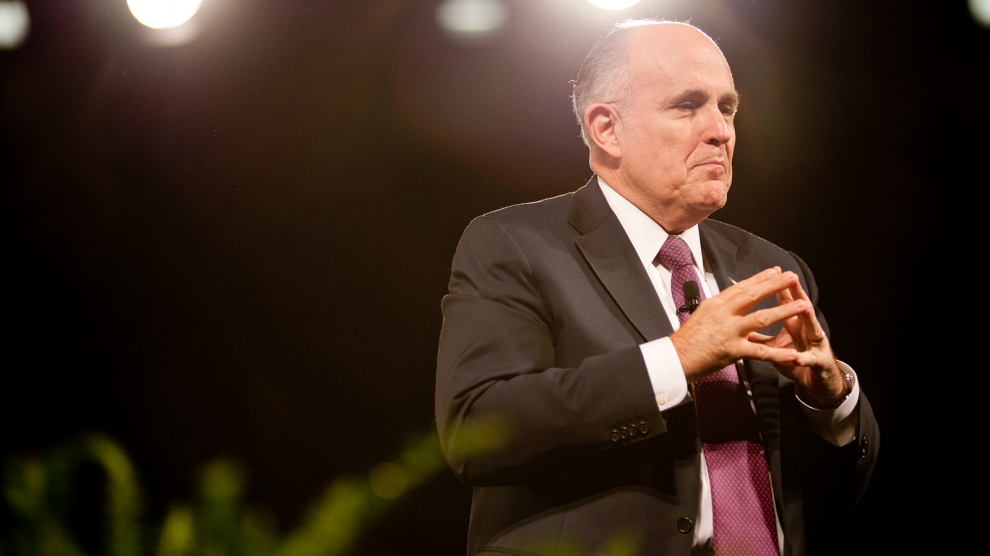 The US embassy in Bucharest has confirmed that the government in Washington had absolutely nothing to do with a bizarre letter sent by US President Donald Trump’s personal lawyer Rudolph Giuliani to the Romanian President Klaus Iohannis and other leading Romanian officials.

“The United States government does not comment on the opinions of private US individuals,” said Donald Carroll, spokesperson for the US embassy in Bucharest. Mr Carroll went on to underline continued American support for the Romanian fight against corruption, adding that “we are carefully following the proposed changes to the penal code and we remain extremely concerned that they may negatively impact the fight against corruption.”

In his letter, published in the Romanian press on August 27, Mr Giuliani told President Iohannis and Prime Minister Viorica Dancila that he was concerned about “continued damage to the rule of law in Romania, committed under the pretext of law enforcement.”

The former mayor of New York, not known to have commented publicly on Romanian affairs ever before, specifically criticised the “excesses” of Romania’s anti-corruption agency, the DNA, and the Romanian Intelligence Service, which collaborated in order to put in place wiretaps on suspects. Mr Giuliani went so far as to suggest that those who had been convicted using wiretap evidence should be pardoned.

George Maior, the Romanian ambassador in Washington,  said that Giuliani’s letter resulted from “a lobby initiated by people interested in defending figures who have problems with the justice system.” Mr Maior was immediately recalled to Bucharest by his angry bosses.

“The letter reads as if it was dictated by Liviu Dragnea himself,” said Mr Barna, referring to the leader of Romania’s ruling party, the PSD.

Mr Dragnea, a convicted criminal who would benefit from any kind of amnesty, unsurprisingly welcomed Mr Giuliani’s letter. “The bitter conclusion of this letter is that confidence in the Romanian justice system is seriously shaken among external partners and foreign investors,” he said.

In reality, far more likely to shake investor confidence are the kind of scenes witnessed on August 10, when a peaceful anti-PSD and anti-corruption protest was brutally put down by forces loyal to Mr Dragnea’s regime.

Since winning a general election at the end of 2016 three different governments backed by the PSD have dedicated much of their time and effort to keeping Mr Dragnea out of jail. The first attempt was an emergency ordinance at the end of January 2017 which sparked huge street protests, forcing the government to back down. Since then the PSD has gone about the process of weakening the justice system in a slightly different way, using its majority in parliament to slowly chip away at the rule of law. In July, President Iohannis was forced to fire the popular and highly effective head of the DNA, Laura Codruta Kövesi, on whose watch hundreds of corrupt public figures – including Mr Dragnea – were comvicted, making the agency a model for the region.

Meanwhile, the Romanian economy is on shaky ground. Inflation is the highest in the EU and on August 24 ratings agency Moody’s warned that the country’s rating would likely be downgraded if there were evidence of rising macroeconomic imbalances. With government borrowing at record highs, any kind of downgrade in Romania’s rating (which increases the cost of lending) would be catastrophic for the country’s economy.