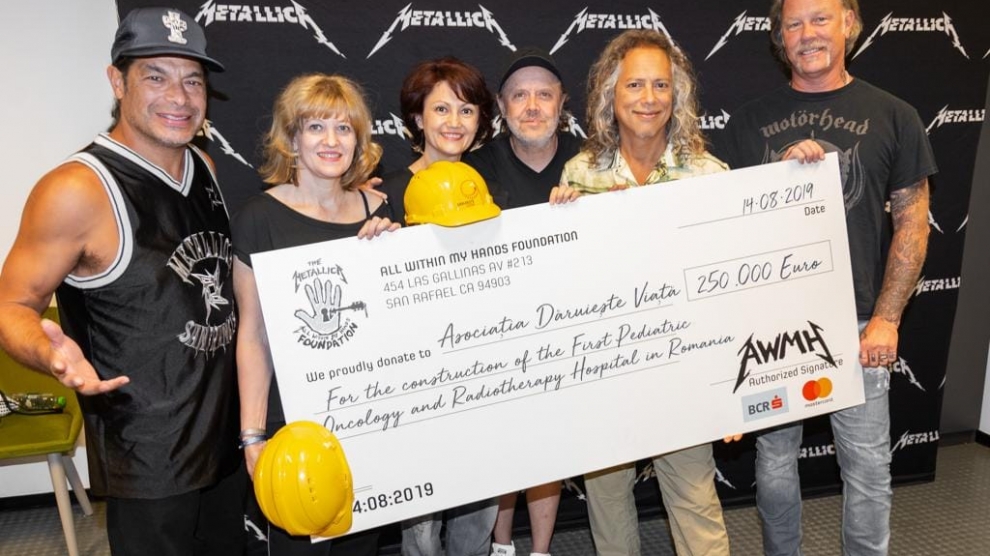 American rock band Metallica has donated 250,000 euros to a Romanian association building the country’s first pediatric oncology hospital, the band confirmed on August 14, ahead of a concert in the country’s capital, Bucharest. The donation to Dăruieşte Viaţa (Gift Life) was made through the band’s non-profit foundation All Within My Hands.

The Oncology and Pediatric Radiotherapy Hospital will be the first hospital specialised in pediatric oncology in Romania. Patients will have access to everything required for the holistic treatment of children with cancer (surgery, orthopedics, cardiology, neurosurgery, ENT). The new hospital will be able to treat more than 300 children with cancer each year, as well as to perform over 9,600 oncological and non-oncological operations.

The Dăruiește Viață Association started construction of the project in 2017, relying entirely on private funds (private and corporate donations). Construction began in 2018, with the hospital expected to open in 2020.