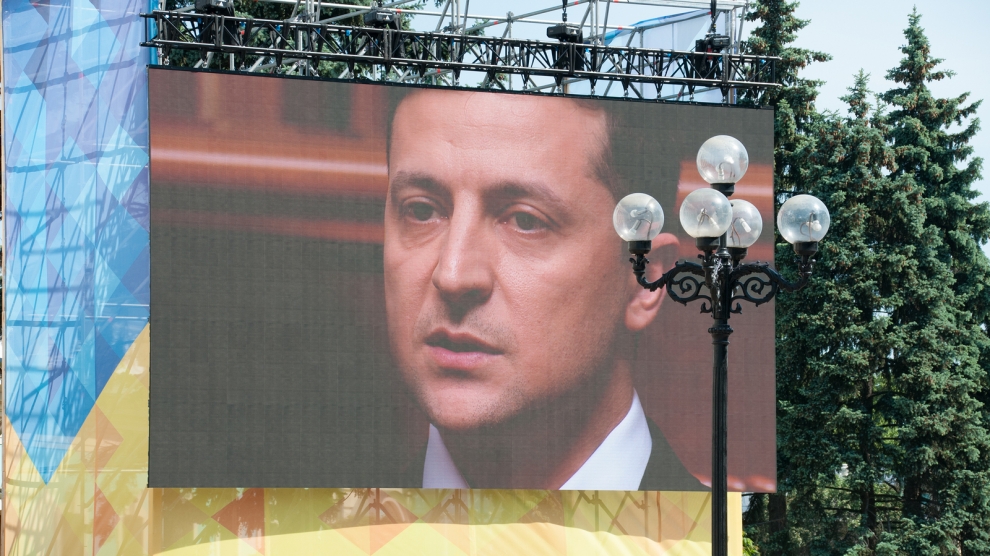 Ukraine’s Servant of the People party, led by president Volodymyr Zelensky “may win a majority of seats in parliament, but could still prefer to form a coalition” after the upcoming snap elections on July 21, the Vienna Institute for International Economic Studies (wiiw) has said.

The Vienna Institute expects the president’s party to win 42-48 per cent of the popular vote, unprecedented in Ukraine’s electoral history. However, in order to form a majority in the Verkhovna Rada, the party’s candidates will need to win seats in the so-called single-mandate districts due to the country’s complex electoral system.

“Most likely, the Servant of the People party will prefer to form a coalition to ensure there are sufficient votes to pass key issues. Mr Zelensky announced that his party would not form a coalition neither with [the pro-Russian] Opposition Bloc, nor with Mr Poroshenko’s [European Solidarity] party,” wiiw said in a statement on July 18, adding that the most likely candidate to enter the majority coalition is the anti-establishment, but pro-European Voice party.