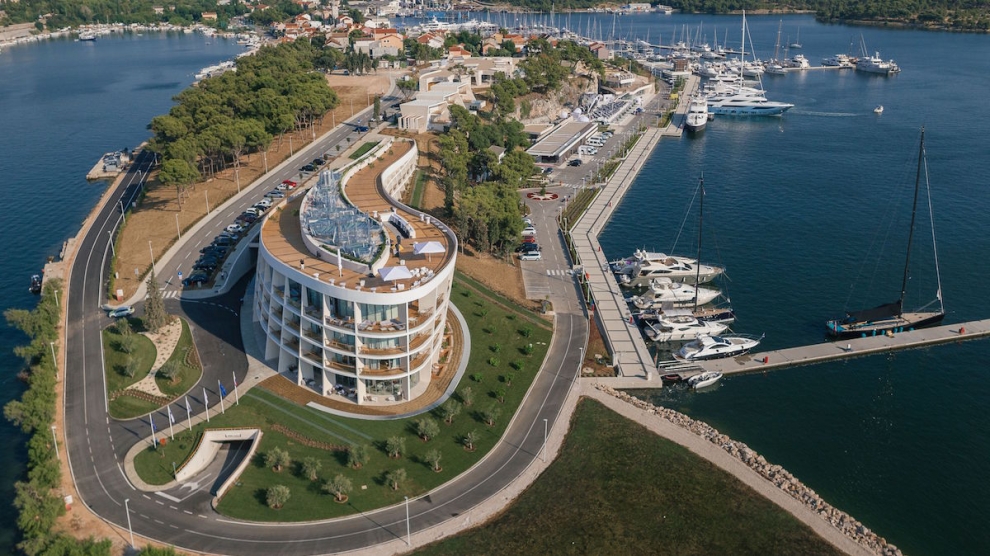 Croatia has officially overcome the economic crisis, with GDP displaying growth, albeit modest, for the third consecutive quarter. The GDP recovery is a result of numerous factors including trade partners’ recovery, the oil price slump, a record tourist season, personal income tax cuts and the relief that low interest rates have leveraged on households and firms.

Boosted by the country’s economic recovery and historically low interest rates across the eurozone, the Croatian real estate market experienced several significant investments, predominantly in the hotel and hospitality sector. With several years left to run in the global and European investment cycle, and opportunities gradually diminishing elsewhere in Europe (and globally), this is a good time to consider taking a stronger investment position in Croatia. Following its accession to the EU, the country gained access to one of the world’s biggest economic blocs, thereby removing trade barriers and allowing free movement of capital.

Croatia has witnessed an increase in “active investor” interest in 2015 as international investors with previous, direct cross-border property investment continue increasingly looking beyond core markets to regional and second-tier cities, where higher yields are on offer, often with little increased risk. We expect that key drivers for investment activity in Croatia come from saturation of Poland and other Central Europe markets and from investors’ pursuit of higher yields that are currently low on tier capital markets. However, appetite for required returns in regional markets has not weakened and is set above 8.00 per cent for prime assets.

The Croatian real estate market saw an extension of the upward trend that began in 2013, with the hotel and hospitality market as the most attractive sector for investors, proven by several large transactions in 2014 and 2015. This particular sector is the most attractive due to high and continuous growth of tourist arrivals and overnight stays along with attractive brownfield investment opportunities available through privatisation of state-owned enterprises and funding opportunities. In the recent period we have witnessed increased investor interest for Croatia, both for greenfield and brownfield investments, in light of macroeconomic improvement, low interest rates, and also due to the political unrest in some other touristic countries. We expect that the positive trend in investments (both greenfield and brownfield) in the HTL sector will continue in 2016 and onwards.

Retail investment opportunities can be found especially in secondary cities, where retail parks could be the most appropriate solution. The retail sector saw one major deal in July 2015, the Avenue Mall Osijek sold by GTC. The industrial and logistics sector remains the least developed CRE sector in Croatia. However, recent developments are showing an increase in activity for this sector, especially in the form of owner-occupied or built-to-suit logistics properties. As showcased by recent investment activity, retailers are considering the development of owner-occupied logistics centres, and more tenants are considering built-to-suit projects as the most convenient solution. This trend is expected to continue in 2016, driving pre-development and development of new logistics centres.

The office sector also recorded a few transactions in 2015. The most notable one was Tower Property’s acquisition of 15 floors of the 26 storey VMD property (10,700sqm of non-leasable area) for €23.7 million providing a net yield of 8.5 per cent.

The Croatian real estate sector expects several developments and transactions in 2016, underpinned by a better economic climate, easier funding conditions and increased consumer spending. As the tourism statistics continuously record double-digit growth year on year, the shift of investor interest towards the hotel and hospitality industry is expected to continue in 2016 and 2017, in parallel influencing potential fast growth of supporting industries including food and agriculture, entertainment, trade, services and education.

Vedrana Likan is Managing Partner at Colliers for Croatia, BiH and Slovenia. She is also President of the Board of the British Business Centre Croatia. Since the beginning of her career she has been involved in the new business developments across the West Balkans. Vedrana was chosen woman of the year 2012 by the Business Woman magazine. She graduated from the Faculty of Political Sciences, University of Zagreb, the Academy for Political Development (2012); UN Academy (2013) and EMBA.