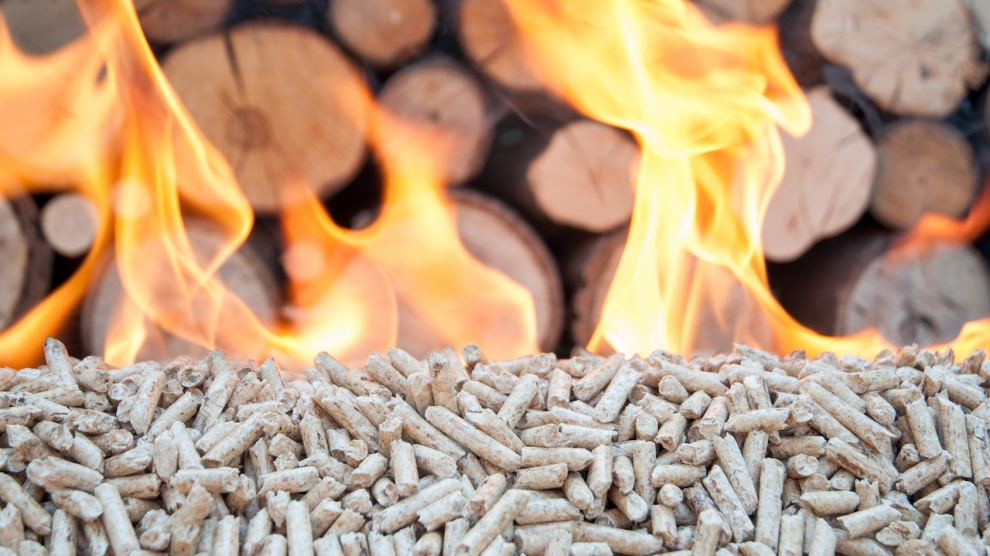 The National Renewable Energy Action Plan (NREAP) till 2020 establishes the general goals for the development of the renewable energy sources’ (RES) sector in Ukraine. According to Ukraine’s commitments as an Energy Treaty member, the RES share in the gross final energy consumption should reach 11 per cent by 2020.

Biomass-to-energy usage is among the key conditions for the fulfilment of the goals that were established in the NREAP. The major input for biomass is foreseen to be in the heating/cooling sector; it should be 5,000,000 toe (tonne of oil equivalent) per annum in 2020, which constitutes 85 per cent of the total RES input in the given sector. In addition, the installation of energy equipment with capacity of 950 МWе is planned, which will operate on biomass and will use 390,000 toe of biofuels per annum in the transport sector. This also includes 290 МWе from biogas.

There are several examples of agricultural biogas plants in Ukraine. They include biogas plants at animal farms and at sugar factories. There are also some food industries which get biogas from wastewater treatment. Some examples of landfill gas projects were also developed on municipal solid waste landfills.

Despite the, so far, limited number of implemented Ukrainian biogas plants, the technical scope covers a wide range of industries and different types of raw material for biogas production. For example, Ukrainian biogas plant are already implemented at pig, cattle and chicken farms; at sugar plants; breweries and other food production enterprises, using a broad diversity of raw materials such as pig and cattle manure, chicken litter, maize and sugar sorgo silage, sugar beet pulp, food treatment waste and wastewater.

Ukraine has the largest area of agricultural land in Europe and also one of the highest agricultural areas per capita. The total amount of arable land area accounted for 32.4 million hectares. The total biogas potential from agriculture waste, MSW, municipal and industrial wastewater is estimated at 3.2 billion cubic metres CH4 per year. Several assessments of the potential for methane production, from energy crops in Ukraine, varied in a broad range from 3.3 till 27.4 billion cubic metres of CH4. These variations mainly depended on the agricultural land use and the crop yields. The most popular crop for biogas assessment is maize silage. Among other possible crops are sugar beet, sugar sorgo, grain crops and grasses.

The most powerful and effective support mechanism is a “green” tariff for electricity generated from RES. The tariff rate for biogas is 0,1239 €/kWh. Therefore, it can be deducted that there is still a considerable untapped potential for a wide spread implementation of biogas and potentially biomethane projects.

In general, biogas market in Ukraine can be considered as forward-looking, with a fairly wide awareness of the participants. As the last amendment to the green tariff system included a significant increase of the tariff for biomass/biogas projects and scrapped some barriers such as the restriction of raw materials, it is expected that the number of biogas plants will increase sharply in the coming years.

Ukraine has the right prospects for biomethane production. There is a high local consumption of natural gas and Ukraine has a critical dependence on gas supplies from external markets. The presence of a significant number of agricultural holdings also provides the financial and land potential for large-scale biomethane biogas projects. Ukraine has developed a transport infrastructure for NG which includes both main pipelines and a distribution pipeline network. Ukraine also has a tradition of using compressed NG as motor fuel for trucks and buses, hence the presence of a developed network of CNG filling stations.

Dr Georgiy Geletukha is Head of the Board at the Bioenergy Association of Ukraine (UABio). He has served as director of the Scientific Engineering Centre “Biomass” since 1998. He has also been Head of the Bioenergy Department of the Institute of Engineering Thermophysics at the National Academy of Sciences of Ukraine since 2003. He graduated from Moscow State Technical University (1986).