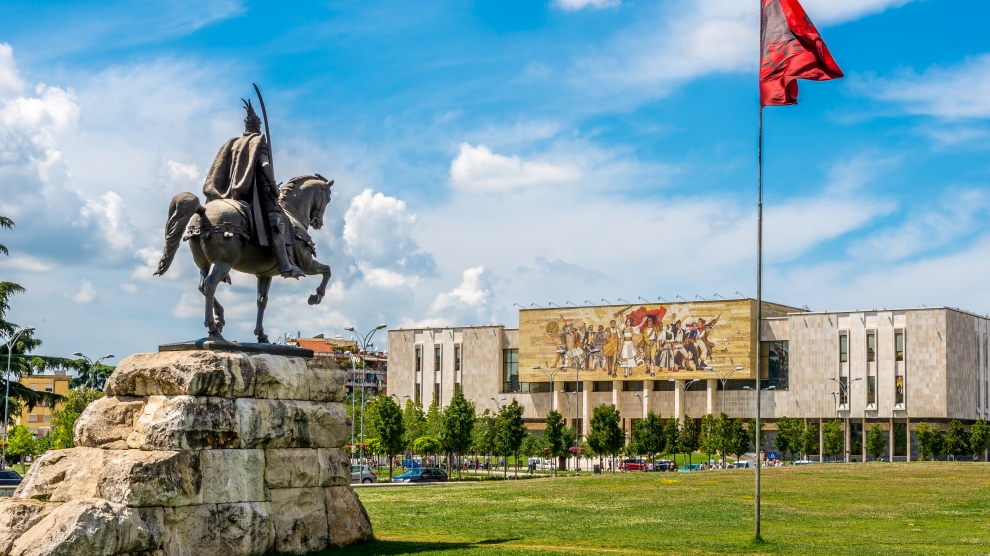 Albania is a country of new opportunities with a youthful highly-qualified and low-cost labour force eager to work. 57 per cent of Albanians are 35 years old and younger and the average wage is one of the most competitive in the region. More than 100,000 students are enrolled at universities and foreign languages such as English, Italian and Greek are widely spoken.

With the new government fully committed to introduce necessary reforms, improve business climate and make the country growth further, Albania is coming closer to the European Union, which the country aspires to join and by whom it is already regarded as a candidate country.

International organisations notice those improving conditions. In October, 2014, Standard & Poor’s revised its outlook on Albanian and changed it to positive from stable. In the Doing Business 2015 report, the country was ranked 68th, compared to 90th in 2014. Albania performed very well and is ranked 7th out of 189 economies as far as investor’s protection is concerned.

The country’s legal framework on FDI has been designed to create a favourable business climate for foreign investors: no restriction on capital movement, simplified tax procedures, no restrictions on repatriation of profits, competitive tax rate; double taxation treaties with 40 countries and a tax system which does not distinguish between foreign and domestic investors.

Structural reforms and an improving business climate contribute to GDP growth and an increase in export. According to the World Bank, Albania’s GDP is expected to rise by 3 per cent in 2015 and by 4 per cent and 4.5 per cent in 2016 and 2017 respectively.

Now, new industries are developing rapidly, contributing significantly to export growth thanks to the new economic model. The Albanian government has identified four strategic and promising industries including manufacturing, energy, agriculture and tourism.

Albania has a strong manufacturing sector, especially in the textile and footwear industries. This success has been achieved through close relationships with leading brands over the past 20 years. On top of that, he government introduced new incentives in 2014, giving a strong stimulus to this industry.

Favourable climate, an average annual temperature of 16 degrees celsius in the coastal areas, diverse micro-climate, fertile soil and abundant water as well as advantages from preferential trade agreements with EU have made the agricultural sector grow steadily in the past five years.

And, finally, Albania is a globally recommended tourist destination and has one of the top 10 fastest-growing tourism markets globally. The country is ranked third among 15 best destinations tourism for 2015 according to L’ Express Magazine and listed as fourth in the New York Times’ “52 places to go in 2014.”

For more opportunities in Albania, go to the the country’s section, download the Albania Calls brochure or go to AIDA’s page.

Genti Beqiri is Chief Executive Officer of the Albanian Investment Development Agency. He completed Finance and Accounting at the University of Tirana, Faculty of Economics and acquired a Master Degree at Kobe University, Hyogo, Japan and then an MBA at George Washington University — School of Business in Washington DC, USA. His principal areas of expertise and research are economics, the development of economic policies. He is the author of various articles published in academic and professional journals national and international, related to the field of international economy and in particular international capital flows, free trade agreements and foreign direct investment.