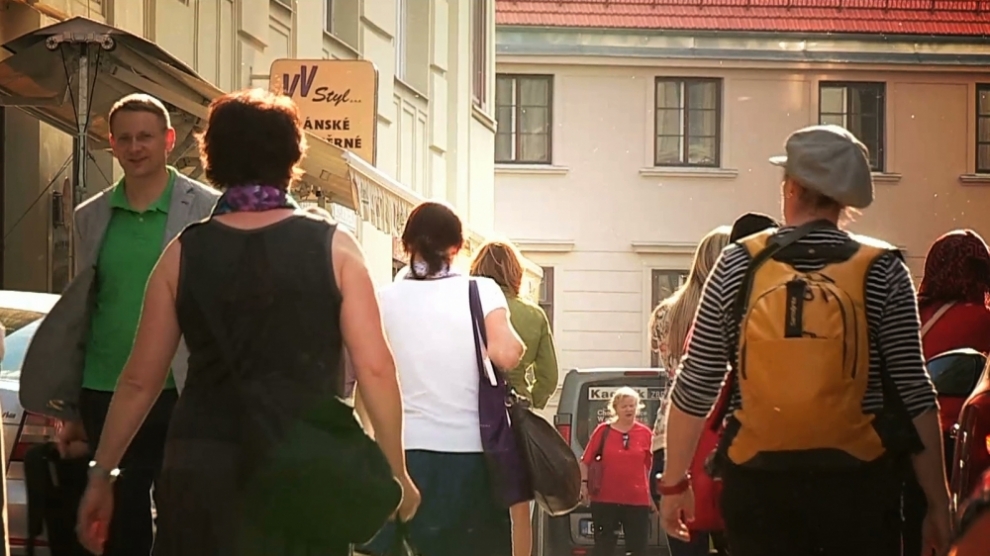 Somewhere in Romania, a few days before the Christmas of 1989, there was a 10 year old girl whose mother came home from work early one day, told her and her sister to pack a few things, and as soon as their father had come home, they all left to stay with some friends for a little while.

The little girl was confused and did not understand what was going on, but she enjoyed the excitement of having to sneak out of their 9th floor apartment and go live somewhere else for a few days… that was until her father had to leave, bullets started flying right outside the window, and she saw the black and white TV showing something different than the usual communist propaganda.

That girl was me, witnessing the revolution that lead to the fall of communism in Romania. It’s a long story of why we had to leave our home, but when we returned, we spent Christmas with a bodyguard with a big rifle guarding me and my family. I remember all the little details about that time, the fear, confusion, but most of all the excitement of something changing for the better.

Fast forward to me travelling around the world, living in 2 other countries, working for human rights projects and becoming part of a global organisation that contributes to improving people’s lives in over 150 countries. I immersed myself in the global entrepreneurial movement, meeting many smart, passionate, inspiring people that pursue their crazy dreams and create, grow and support their local communities.

This led me to start my own project called CEE Changers, which aims to become a movement that empowers local communities around CEE and cultivates a cross-border collaboration environment.

Compared to previous generations, we have the advantage of living in a technology driven society. CEE became one of the strongest regions from a technological knowledge perspective. There is tremendous potential to unleash our talent and ideas upon the world and show them that we, the post-communist generation, are sick of the bullies, thieves and liars that abused the power void that followed 1989. We have the skills and strengths to rid of the past that has been imposed onto us, and create our own future – a future built on technology, remodelled education, and new policies that will shape and encourage new business creation.

There is a long, difficult road ahead of this region: we have to overcome old mentalities, let go of historical conflicts, learn to trust one another and find our own regional identity together.

During my road trips around Central and Eastern Europe to promote entrepreneurship, so many years after the fall of communism, I felt that excitement again… the excitement of a new future unraveling! However, this future can only happen if we are leading the way by initiating change from the bottom up and making a better community for all.

Anca Albu is the founder of CEE Changers.