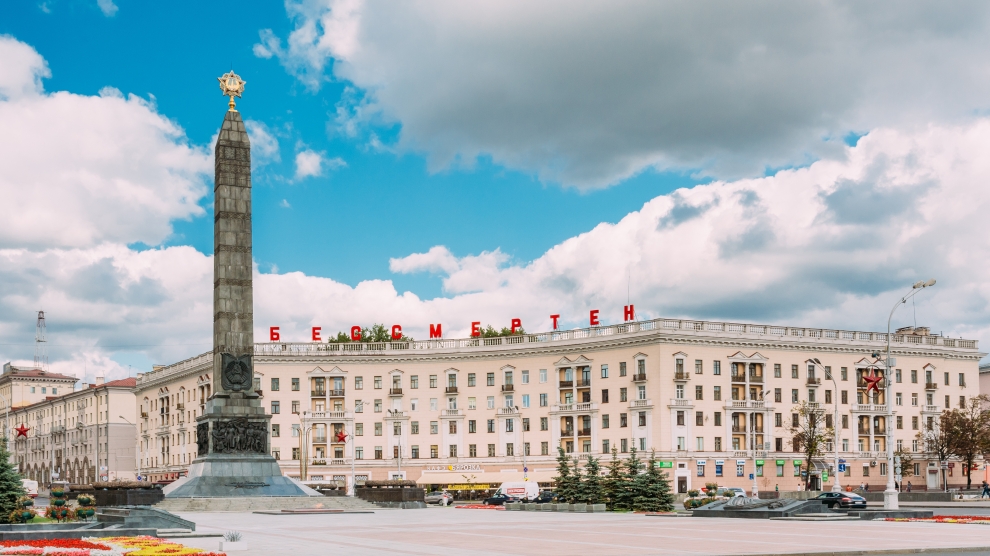 With street names like Komsomolskaya, Karl Marx and Lenin, it is easy to portray Belarus as a remnant of the Soviet Union. The truth is more interesting, like a painting by Marc Chagall, one of Belarus’ illustrious sons.

Situated halfway between Berlin and Moscow, Belarus was devastated during the Great Patriotic War. Between two and three million Belarusians perished (about a quarter to a third of the total population). 72 per cent of its cities and more than one million buildings were razed to the ground, obliterating the country’s rich cosmopolitan heritage. Much of what is visible today was built by Soviet architects in a typical social realist style that reinforces Belarus’ Soviet appearance.

But appearances can be deceptive. Based on my own experience, and that of our clients, it is easier to do business in Belarus than in other CIS countries. Unlike other countries in the region, Belarus did not engage in mass privatisations following its independence. Instead, the country continued to build on its Soviet economic heritage while slowly (some might say too slowly) liberalising the economy.

Today, much of the Belarusian economy continues to be dominated by the state. From Minsk Traktorni Zavod (one of the largest tractor manufacturers in the world) to BelAZ (which holds the Guinness Book World Record for the largest mining dump truck), the country’s main industrial assets remain firmly under state control. The state plays a central role in virtually every sector of the economy and acts as the employer of final choice.

To some extent this state-dominated model has served the country well. The economy was supported by low energy prices from Russia and a favourable external environment, which helped it to grow by 7.5 per cent, on average, annually during the decade from 2002 to 2011. Absolute poverty declined from 30 per cent to 4.6 and the country has the highest ranking, among CIS countries, on the Human Development Index.

Because there was no large scale privatisation, Belarus also avoided the advent of the oligarchs and kleptocracy which plague much of the post-Soviet space. By regional standards, Belarus’ business environment is remarkably transparent.

Nevertheless, the Belarusian state-dominated model seems to have exhausted itself.  Since 2011 Belarus has been unable to generate the impressive growth figures of the previous decade. Last year — for the first time in 19 consecutive years of positive growth — the economy contracted. As a result of the economic turmoil in Russia, Belarus’ GDP declined by 3.9 per cent year-on-year in 2015. The economy is expected to contract by an additional 3 per cent in 2016, before resuming modest growth in 2017.

The government is coming to understand the limitations of the existing growth model and the imbalance it generates. While Belarus is unlikely to abandon its state-dominated model overnight, the authorities see private sector development as the main driver of long-term sustainable growth.

Few outsiders realise that Belarus is home to world class private companies that compete successfully across the globe. Its burgeoning IT sector includes international stars such as EPAM, one of the fastest growing publicly listed tech companies according to Forbes; MSQRD, a selfie app which was acquired by Facebook earlier this year for an undisclosed amount and Wargaming, the creators of the insanely popular World of Tanks.

But Belarus’ potential is not limited to its IT sector. The country has some highly innovative companies in the manufacturing sector. US border guards use handheld radiation detection devices produced by Polimaster. The coating technology used for the touchscreens of Samsung smartphones was developed by Izovac. The enamelled glass panels deployed inside Heathrow Airport were manufactured by Glassbel. Danish Customs use body scanning systems developed by Adani. These hidden champions underscore Belarus’ true potential.

The European Bank for Reconstruction and Development (EBRD) has assisted Belarus to unleash this potential by promoting private sector development and the adoption of market based principles. To date the EBRD has invested more than €1.8 billion in over 70 projects.

Among others the EBRD acts as a catalyst for investors who introduce modern technologies and know-how, set new benchmarks and provide access to new markets. Some of our projects — for instance, in the forestry sector — are starting to have a transformational impact with repercussions across the sector.

Our experience as an institutional investor has been largely positive. Despite there having been a volatile macroeconomic environment over the past two decades, we have not suffered a single loss on our investment portfolio. Our experience also demonstrates that it is possible to engage with the Belarusian authorities constructively.

Belarus may be widely portrayed as “the last dictatorship in Europe”, but its government officials are technically competent and surprisingly open. Over the past year we have been working closely with the government to modernise waste-water utilities in secondary cities, to support the privatisation of Belinvestbank and to prepare a pilot public-private partnership (PPP) project for the rehabilitation of the M10 motorway.

Based on this successful track-record, the EBRD adopted a new country strategy in September 2016, which significantly expands the scope of our operations in Belarus. While we will continue to focus primarily on private sector development (which is at the heart of our mandate), the new country strategy also enables us to provide pre-privatisation assistance to state-owned entities and to support reform initiatives in the municipal, transport, power and energy sectors. Together with the international community, the EBRD stands ready to help Belarus navigate a difficult transition to a more stable economic model and to unleash its true potential.

*The views expressed in this article are those of the author and do not necessarily reflect the views or policy of the EBRD.

Francis P Delaey manages the operations of the European Bank for Reconstruction and Development (EBRD) in Belarus. He previously served in a similar capacity in Azerbaijan and Moldova and has worked in Central and Eastern Europe and CIS for the past 17 years. He graduated from the Ecole Nationale d’Administration (ENA,France) and is a CFA charterholder. The views expressed in this article are those of the author and do not necessarily reflect the views or policy of the EBRD.

OECD: Belarus Has to Find Its Own Belarusian Model to Emerge
Emerging Europe Live: Life in Belarus As Seen by Foreigners
Comment