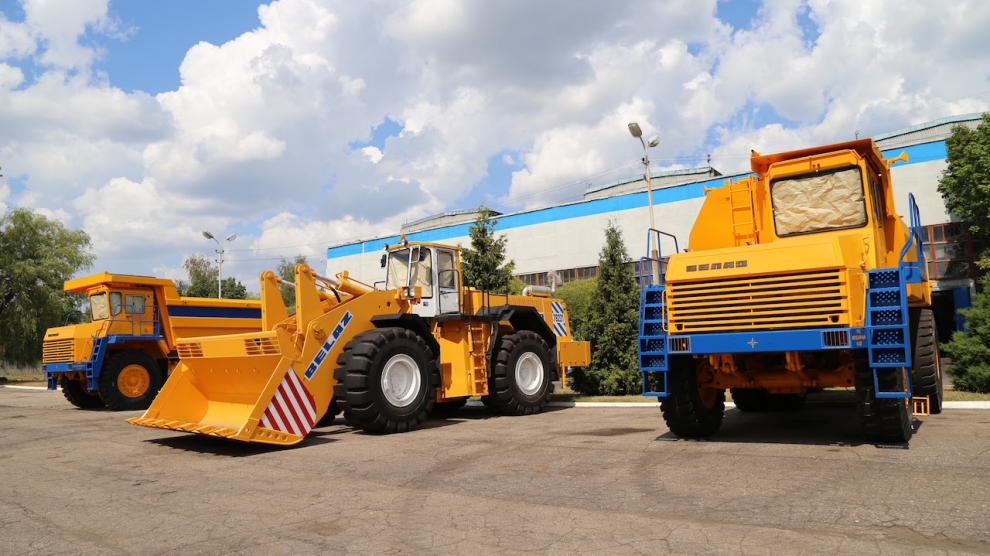 When talk turns to Belarusian exports, a popular picture emerges for most foreigners, of Belarusian vehicles — well-known timber and mighty mining trucks, time-proven tractors and chipping machines and many more. Production of the huge, state-owned manufacturers was a successful export product for many years and a symbol of the Belarusian economy. But what does the big picture of the country’s exports look like now and what are the challenges it has to overcome?

First some macro-economic facts: traditionally Belarus has one of the most open economies amongst CIS countries, with the foreign trade to GDP ratio being above100 per cent. The minimum required import volumes of the country are driven by necessary energy imports and also by the modernisation constraints of the industrial economy; therefore they are on a remarkable level in relation to GDP. In addition, international reserves are traditionally low. Given the above, export — and thereby the export industry — plays a key role in ensuring macro-economic stability and also in the economic development of the country. For this reason, the recent sharp decline in exports, by 43 per cent since 2012, is a serious obstacle to overcome.

There are many reasons for the recent developments. As it often is in such cases, the decline in exports comes from a combination of exogenous shocks as well as the structure of the country’s export economy. Fortunately, an inventory of the latter has given us some ideas to possible approaches to overcome the difficulties, which incidentally offers interesting possibilities for foreign investors.

Generally speaking, Belarusian export used to be concentrated in terms of export regions, as well as in terms of exported goods and services. Oil-based products (28 per cent of exports) and fertilisers (6 per cent) generate roughly one-third of the export market. A further 14 per cent is made up of edible products. Services show up first in the list, as represented by the logistics sector and account for 9 per cent of exports. Given all of the above, the dramatic fall of both oil (-58 per cent since 2013) and potash (-39 per cent) prices has had a strong impact on Belarusian export revenues. This is despite stable export quantities for oil and even rising quantities for potash in the last year.

The second exogenous shock resulted from the recession in the economies of both of Belarus’ main trading partners: Russia (37 per cent of Belarusian exports) and Ukraine (10 per cent). Declining demand from these countries is often assumed to be the driver of a drop in export revenues, however, export quantities of the main export goods: oil-based and edible products remained quite stable. In this case the main reason for the decline in revenues was also the price. Due to massive devaluations of the Russian rouble and the Ukrainian hryvna, prices on the home markets dropped sharply which is reflected in the Belarusian producers’ new export contracts.

In addition, a generally cautious macro-economic environment in the region has put pressure on demand in the logistic sector which is the fourth major export area in the Belarusian economy.

So what about the transport sector, some will ask; what about the Belarusian vehicle producers we spoke about in the beginning? The difficulties of these companies are often first to be named when talk turns to the export problems in the country. However, this is not justified if we look at the figures. It is true that export volumes in this sector were halved during the last few years, and in this case we are really talking about lower export quantities. The reason for that is not only a lower demand, but also stronger competition in the main delivery market: Russia.

Western companies such as John Deere are localising their production and Russian producers have also increased their own output capacities. In the last year the transport sector generated less than five per cent of Belarusian exports. Due to the high number of employees in those companies, the difficulties in the sector are of a high socio- and employment-political importance and naturally are getting attention in the debate. However, the whole effect on the trade balance of Belarus that is caused by the transport sector is often overestimated.

Together, the above-mentioned developments have led to a decline in Belarusian exports, which we have seen over the last years. None of the named factors is expected to change quickly, so in the short and medium-time frame the current terms will constitute the “new normal” and Belarus will have to adapt to it and  to widen its export volumes once more.

In order to do this, Belarus will have to diversify its export structure, in terms of goods and services exported as well as in terms of geography. The dependency on oil-based products — especially when it comes to the EU where these products make up more than 50 per cent of the Belarusian exports — should be reduced as well as the dependency on the Russian market. A key factor here would be an increase in trade with the EU, particularly when it comes to goods and services with higher added value.

All of this, of course, is also known and is being addressed by the authorities. We can see this in quotes from high officials and also in the new strategy that was presented during the Fifth Belarusian People’s Congress. A mid-term goal has been implemented, that aims to spread exports equally between CIS, EU and the rest of the world and which would mean increasing shares for the latter two.

So how can Belarus increase its exports to the west and reduce its dependency on oil-based products? Fortunately, the members of the country’s economy proffer the answer themselves by offering impressive success stories from within their midst.

The IT-sector proves that with creativity and brave management Belarusian companies can be successful on the global world market and can gain impressive market share: World of Tanks, Viber, EPAM and MSQRD are all well-known and respected brands in the west nowadays. Also, aside from the (rightly) spotlighted IT-sector there are also other inspiring examples of Belarusian companies which operate successfully in western markets.

The pool of these companies is formed by domestic producers such as PA Energocomplekt (cables and wires), Belarus Linen Textile, Alutech (roller-shutter systems) and many more, which sell-down vast parts of their output in the EU. It is also made up of joint ventures and subsidiaries of western enterprises such as Zeiss-BELOMO (optics, precision-mechanics), Vitella (candy ingredients), Kronospan (wood-based panels), Langheinrich (textile) and others, which have been producing successfully for the western market, in Belarus for many years.

In order to achieve a sustainable change in the export structure there is a need for more of these companies: more SMEs, which successfully develop, produce and export niche products; more western companies, who bring in modern technology and new management methods and who establish sales channels. Of course there is also a need to modernise the huge state-owned companies more, especially in the transport and machinery sectors in order for them to be able to compete on the global market once again.

For sure, this conclusion does not come as a surprise. A sustainable change in the export structure needs adaptations in the underlying export economy. As mentioned above, the authorities have already launched, and revitalised, several initiatives in order to support these adaptations.

The High Technology Park, the Chinese industrial park “Great Stone” and the free economic zones in all regions of the country offer tax benefits and further privileges to foreign investors. The jurisdictional environment is also under continuous improvement, in order to meet importers’ needs. The Development Bank started a new programme for SME-financing, thereby widening stated-backed SME-support in the country.

The modernisation of state-owned enterprises, also via considerable investments in western equipment, is being driven constantly. This adaptation is still in its beginnings, but the positive examples mentioned above as well as the displayed readiness and the competitive advantages of the Belarusian economy — in the form of its well-educated workforce, high working ethics, tradition of manufacturing industry and good infrastructure — spread confidence and mean that it will be successful.

Throughout this whole process western companies will find attractive possibilities for deals and investments in Belarus. For those, who are considering engaging with Belarus, or who have already have taken this decision, the German-Belarusian Economic Club could be an interesting partner to talk to. Some of our members have already been active in the country for more than 20 years and have impressive success stories to tell. Through their work they prove that Belarus can be a very fruitful destination for those who decide to come.

Hovsep Voskanyan is the chairman of the board at the German-Belarusian Economic Club. He is also a senior representative of a major German bank. Hovsep graduated from Business Studies, at Freie Universität Berlin, where he later worked as a tutor in the Chair of Management. He is based in Minsk.