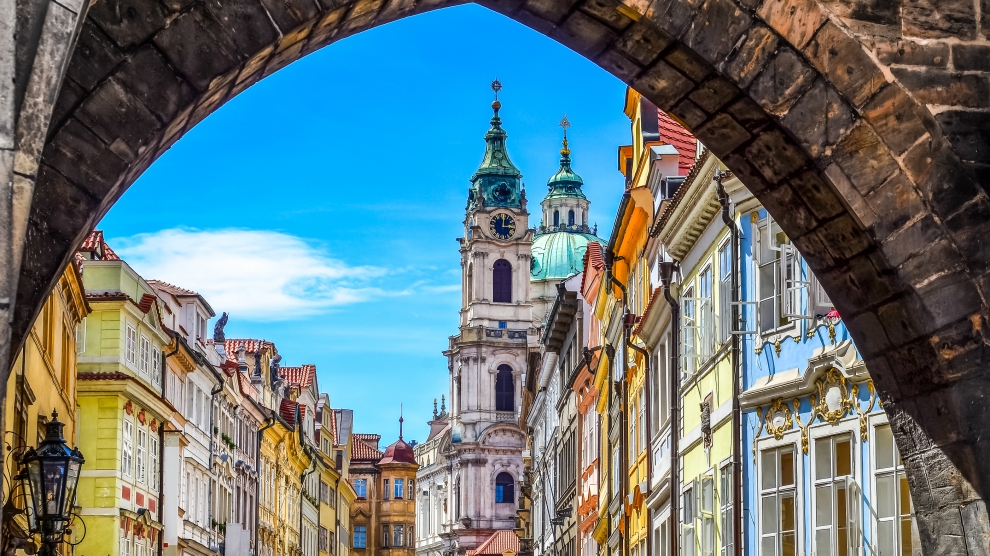 Since the 1990s, when the Czech Republic opened up to international trade following the fall of communism, numerous foreign companies of all sizes have chosen the country as an ideal location for their investments. Today, companies such as Microsoft, IBM, Honeywell, Continental, Procter & Gamble, Ford and Siemens have branches in the country, which is ideally located in the heart of Europe.

In the last century the Czech Republic and the former Czechoslovakia boasted a highly developed industrial sector. While the country has very successfully built on that industrial tradition, the services sector has also undergone significant development in the past twenty years. A number of Czech IT firms either rank among the best in the world or are leaders in Central and Eastern Europe. Foreign companies find in the Czech Republic the right environment for shared services, IT and software-development centres.

Under the leadership of Prime Minister Bohuslav Sobotka, the Czech government placed investment support back among its priorities. Through specific measures, we at CzechInvest are implementing this government policy. Our main activities include provision of all necessary information to potential investors, consulting with respect to the current Czech legislation, and support in permit processes and administration of certain tools of support, such as investment incentives and selected EU structural funds.

CzechInvest is also the exclusive organisation that can accept applications for investment incentives. The system of investment incentives in the Czech Republic is currently undergoing certain changes. Since July 2014, the amount of investment incentives has been reduced for large companies from 40 per cent to 25 per cent of eligible costs in line with the common European legislation. Therefore, the Czech government drafted an amendment to the Investment Incentives Act which is intended to compensate for the reduction of aid through the use of other tools. The amendment came into force on 1 May 2015.

We stay in contact with investors even after their investments have been implemented. By means of our AfterCare services, we help to create suitable conditions for their further development in the Czech Republic. All of our services are provided free of charge. Outside the Czech Republic, CzechInvest operates several foreign offices around the world, specifically on the East and West Coasts of the United States and in Germany, Great Britain, Japan, China and, as of March this year, South Korea.

In 2014, CzechInvest arranged a total of 147 investment projects with both foreign and domestic investors, thus surpassing the investment agencies of our nearest neighbours – Slovakia, Poland and Hungary. The investments mediated by CzechInvest have the combined value of nearly CZK 87 billion (USD 3.55 billion) and should create more than 16,000 jobs. The largest number of investors coming to the Czech Republic are traditionally from Germany and the United States. However, in terms of the amount of invested funds, South Korea is the undisputed leader.

Since 2005, CzechInvest has helped to mediate a total of 26 investment projects undertaken by Korean firms. One of the most significant was that of the Hyundai Motor Company in Nošovice in 2006. The company brought with it a number of suppliers from the ranks of Korean firms, including Sungwoo Hitech, Sejong and Hanwha, which operate in the vicinity of the Hyundai plant in the Moravia-Silesia region. Nexen Tire and Hyundai Mobis announced major investments in the Czech Republic in 2014. Both investment agreements were signed on behalf of the Czech Republic by Prime Minister Bohuslav Sobotka.

Our ambition is to bring the Czech Republic into the top ten most attractive European countries for investors within the next three years. We are building our strategy on five basic pillars: a more active approach to new investors abroad, services for firms on the domestic market, focus on the front end of the value chain and thus high-tech products and research and development, coordination of activities in the area of small and medium-sized enterprises and, finally, communication not only toward clients, i.e. investors, but also toward other partners.

Our enhanced activity is already bearing fruit. In the initial months of 2015, we have registered strong interest from investors across sectors, as they value the broader and more intensive service that CzechInvest has begun to provide to them.

For more info about business opportunities in the Czech Republic, go to the country’s site or to CzechInvest’s site.

Karel Kučera is CEO of CzechInvest, the Czech Investment and Business Development Agency. Prior to that he held managerial positions at Czech Public TV, M.C. Teton, Accenture and Deutsche Post. He graduated from Charles University and University of Economics, where he completed Law and International Affairs respectively.