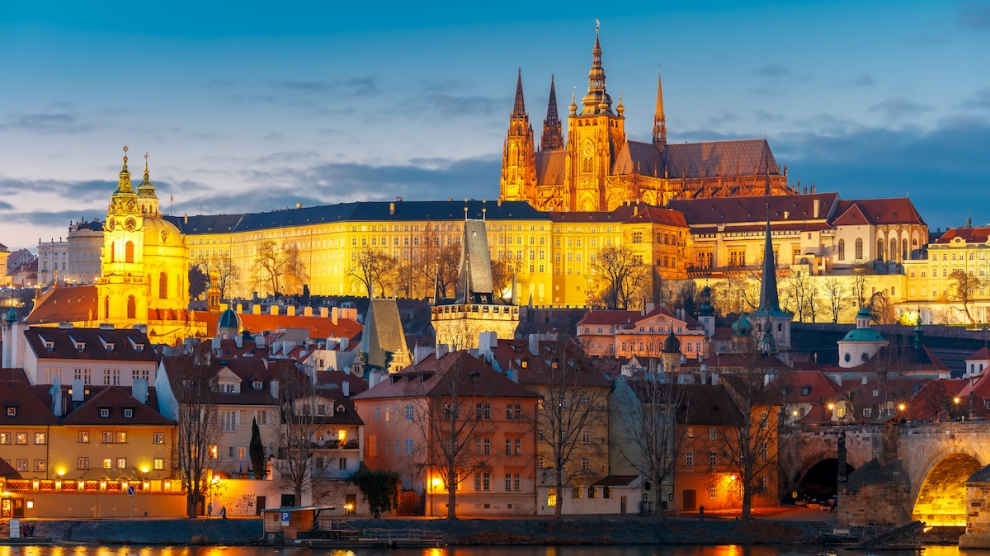 The Czech government has decided to change the country’s name to Czechia, in an effort to better promote the national brand. While the official name of the country remains the Czech Republic, the country will adopt the shorter moniker (akin to France instead of the French Republic) and register the new name with the UN.

Since Czechoslovakia (itself an ad hoc creation which emerged from the ruins of the Austro-Hungarian Empire) broke up in 1993, both the Czech Republic and Slovakia have been facing an identity crisis. Czechoslovakia broke up without a popular referendum, despite over a million citizens calling for one in the early 1990s. Similarly, the Czech Republic’s recent name change has been undertaken without public input.

‘Czechia’ itself was picked by public relations professionals who felt that a one word name would better sell the country. Despite this, there exists substantial public opposition to the name: a poll conducted in 2013 found 73 per cent of respondents disliked the name. The head of the Institute for the Czech Language described the name change as “forced through,” and regional development minister Karla Slechtova has complained that it sounds too similar to Chechnya — hardly a flattering comparison.

The Czech Republic already has sufficient problems in promoting national brand awareness, as the country has to fight for recognition with ‘Czechoslovakia’ in the minds of anyone over 30. One name change in a quarter century is more than enough for a country, with Czechia increasingly looking like Prague’s ‘New Coke’ moment.

Indeed, this name change has been instituted solely from the top-down. Czech President Milos Zeman is no stranger to controversy, with his concurrent perpetuation of brash nationalism and Islamophobia while leader of a social democratic party. Throw in his country’s NATO membership and his amiable relations with Russia and China, and further upsets are likely.

An interesting aside to this story is the fact that Zeman’s government is pursuing improved relations with China. Relations with Beijing have long been marred by concerns over human rights. Noted Soviet-era dissident and activist Vaclav Havel was the Czech president from 1993 to 2003, and Havel continued his support of Chinese dissidents and the Dalai Lama until his death in 2011.

In an interview with CCTV, Zeman stated that: “There was very bad relationship between China and the former government of the Czech Republic – former government, I stress – because this government [had] been very submissive to the pressure from the U.S. and from the EU [sic].”

Xi Jinping became the first Chinese leader to visit the Czech Republic at the end of March 2016, signalling greater rapprochement between Prague and Beijing. During his visit, Xi signed a $1.79 billion deal with Prague. Zeman is making efforts to distance his country from Havel’s activist legacy. Perhaps in some small way, Zeman’s effort to rename the country is influenced by a desire to rebrand the Czech Republic in the eyes of China. China is a major market for automobiles and alcoholic beverages, two of the largest Czech exports.

Add to this Zeman’s amiable relations with Russia—a move that also goes against Havel’s legacy—and one can begin to add a geopolitical dimension to the name change. To top it all off, Havel hated the name ‘Czechia’, claiming it reminded him of crawling slugs.

The discussion over renaming the Czech Republic may appear rather odd, even frivolous, but it has serious implications. Impacts on national identity and history aside, the change to Czechia will impact the Czech economy.

Firstly, the name change has not been well-timed, as the country’s uniforms, memorabilia, and advertising for the upcoming 2016 Olympics have already been produced to feature ‘Czech Republic.’ For a small country such as the Czech Republic, the Olympics is a rare occasion to, if only briefly, gain greater international attention.

Furthermore, the country has already spent $40 million on a tourism campaign that heavily features the name ‘Czech Republic’. The Czech Republic is known for three things: beer, hockey, and heavy industry (notably Skoda). The Czech brewing industry has created a valuable brand (such as the Pilsner Urquell) with the ‘Czech’ moniker and will likely continue to utilize it, undermining government efforts to promote ‘Czechia’. After spending decades establishing themselves in international markets, Czech brewing companies are not simply going to shift entire branding departments towards an untested, and unpopular alternative.

Similarly, the Czech hockey team, has and continues to use the ‘Czech’ monicker – another blow to Prague’s efforts in a hockey-obsessed nation.

Lastly, the Czech Republic’s economy has a robust manufacturing and heavy industry sector, generating much of the country’s revenue. Companies in these sectors primarily engage in B2B commerce, or subcontract for foreign firms such as Volkswagen.

Consequently, they often do not rely on national branding, in so far as they need not advertise to the general public. Such firms have very small if any advertising budgets, relying on specialization, industry contacts, and supply chain integration instead.

Consequently, the government is unlikely to find much support from these firms, which will see no reason to shift their limited use of ‘Czech’ to ‘Czechia’. Similarly, flagship carrier Czech Airlines will face a branding crisis, expenses it cannot afford. The struggling airline has not once paid dividends since becoming a private corporation in 1992, having faced razor thin profits and an overcrowded European airline market. 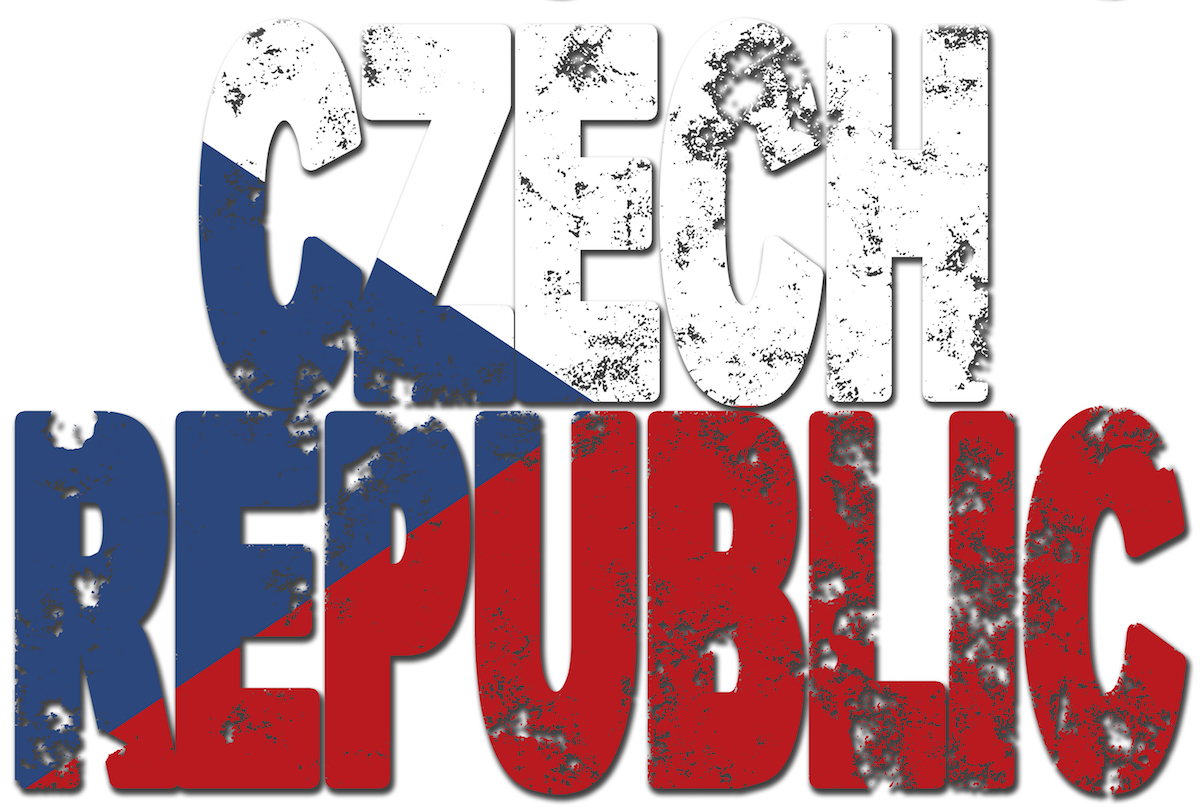 If anything, the switch to Czechia is going to create confusion, as the private and public sectors promote two different names. With national branding undermined, there will be an ongoing risk of inter-sector discord. Indeed, even national business promotion fora (Czech Accelerator, Czech Trade Promotion Agency, Czech Invest) prominently use ‘Czech’ in their branding.

Prague would be wise to look at the fate of other renaming efforts. For instance, the renaming wave that hitIndia in the 1990s and 2000s saw the government eradicate city names with powerful name recognition (Bombay, Calcutta, Madras) in the name of de-colonization. While one can argue the merits of the program’s intentions, the fact remains that India killed powerful brands with centuries of tradition. To this day the renaming causes confusion in the tourism sector, compounded by the fact that many Indian businesses and individuals use the old and new names interchangeably, both domestically and at international trade fairs.

Name recognition for small countries is already hard to come by; all the Czech Republic’s recent move has done is further complicate the matter.

The editorial was originally published on Global Risks Insights‘ website.

Jeremy Luedi is the Web Editor and frequent contributor at Global Risk Insights (GRI), and has worked for NGOs and political parties in Canada. He speaks German, spent 17 years in Zurich, Switzerland, and currently resides in Ottawa. Jeremy's writing has been featured in Business Insider, Huffington Post, Nasdaq.com, Seeking Alpha and has been quoted by Time Magazine, Greenpeace, and Nikkei Business, among others.