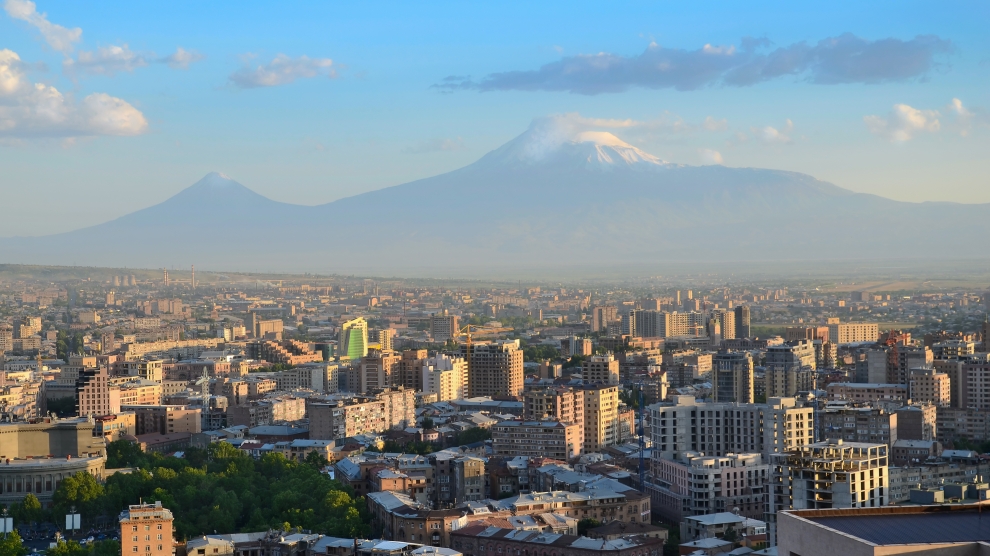 Armenia, located at the crossroads between Asia and Europe, has often been a victim of centrifugal forces from the centres of gravity it is surrounded by. Roman and Persian armies frequently met on Armenian highlands in fierce battles already in the first centuries of the new era. Having had one of the most tragic pages in the nation’s history in 1915 when almost 1.5 million Armenians were massacred by Ottomans, Armenia was left with no choice but to join the emerging new Russian-led empire of the 20th century — the Soviet Union.

Armenians being entrepreneurial and mobile by nature were not much fit with the totalitarian regime they spent 70 years in and were always looking for European/Western  alternatives. When the moment came and the regime started to scramble in the late 1980s, Europe was the only centre of gravity and the promised land in reach for most of Armenians.

The EU-Armenia Partnership and Cooperation Agreement (1999) provided a wide-ranging cooperation, encompassing political dialogue, trade, investment, economy, lawmaking and culture. It was the culmination of the nation’s aspiration for many decades —  in fact,  centuries, and the country was set to eventually become an EU member. Farther in 2004 Armenia’s was included in the European Neighbourhood Policy (2004) and the Eastern Partnership (2009).

However, an unexpected 180 degree turn came in September 2013 when President Sarkisian decided not to continue the negotiated Association Agreement with the EU and soon after after that, in January 2015, Armenia joined the Eurasian Economic Union (Russia, Belarus, Kazakhstan and Armenia). Armenian politicians decided to take a less risky path and not to challenge the giant to the north and, unlike Ukraine and Georgia, the country did not get on a political rollercoaster that the less fortunate neighbours could not avoid.

However, the short term gains soon gave way to a longer term economic stagnation and sustaining current political and economic system that in the long run does not provide a path to the promised land. Unlike some of comrades from the EEU the country does not have a safety cushion of oil revenues and landing in stagnation is quite painful for the majority of the population. The lack of oil revenues also makes Armenian political life more dynamic and the country is the only one among the EEU members that had relatively democratic processes in the last 25 years with three Presidents elected with always reasonable alternate candidates and solid electoral campaigns.

The next election is scheduled for 2018 and will be a critical decision moment for Armenians, as it will set the country’s future for the next decade either with the EEU i.e. de facto with Putin, or with Europe. Europe also needs to be more proactive in embracing Armenia, offering its value proposition, opening borders to the country that has been knocking its door for the last 700 years.

David Akopyan is a native Armenian who has spent the last 20 years of his career as a development practitioner. He is now Chief of Operations at UNDP in Somalia. Previously, he worked in Afghanistan, Central Asia, Kyrgyzstan. He started his U.N. career as national officer and then Assistant Resident Representative with UNDP in Armenia. In 1991-1993 he was Senior Research Associate with the Centre for Business Research and Development at the American University of Armenia. He holds an MBA from American University of Armenia and a Ph.D. from Yerevan State University in laser physics as well as a M.A. in theoretical physics.

Is Romania Still Likely To Adopt the Euro In January 2019?
Could the West At Least Help Ukraine To Insure FDI Against Political Risks?
Comment