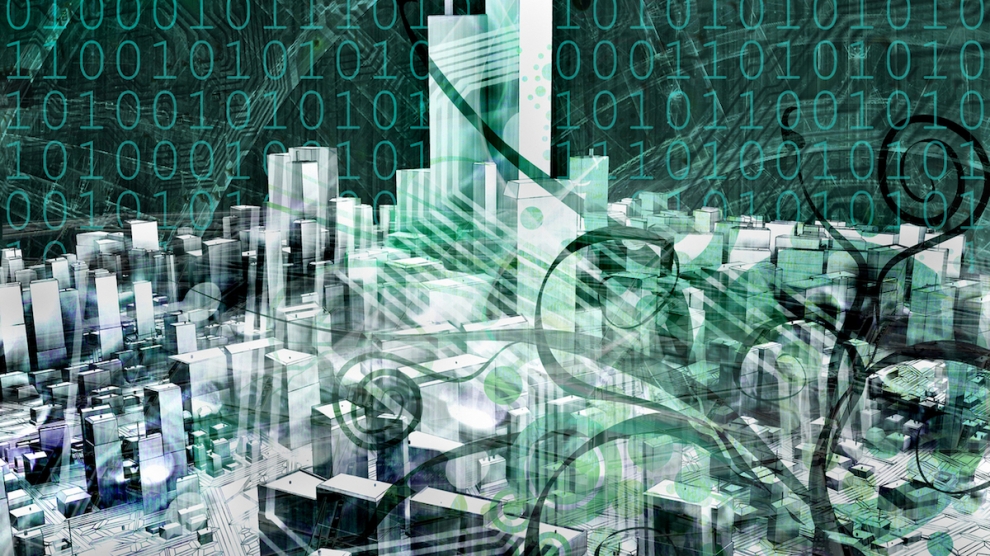 Historically, decisions related to corporate international expansion have been about investment in physical assets such as office buildings, roads, airports, factories, dams, labs and science parks.

These investments, that can add up to trillions of dollars, represent sizeable and decade-long commitments from companies to the recipient regions and they also provide a major boost in economic growth and societal progress to the host country.  However, the disruptive power of technology is beginning to fundamentally change how companies execute their international expansion strategies and as a consequence governments are also changing how they respond to the challenges posed by this seismic change.

The fierce pace of this digital transformation is redefining entire industries as it breaks the physical barriers to work and trade. At the same time, because of its ubiquitous nature, this transformation also poses challenges to policy that have never been faced before, by governments. These changes cover domains that range from investment promotion to taxation, from privacy to national security.

If one reads the on-going developments in the story of the FBI vs Apple, regarding encryption or Google vs the EU on taxation, it becomes clear how important technology companies are and how critical their relationship with governments has become. Some of the most valuable companies today include Apple, Google (Alphabet) and Microsoft, whereas just a few years ago, top names were the likes of Exxon Mobil, General Electric, Gazprom and PetroChina.

What does it boil down to? Well, information over commodities; human resources over natural resources; intangible over tangible, digital over bricks and mortar. Technology is ethereal and recognises no physical borders. It is global in its essence. It belongs to everyone and to no one at the same time. It can be available in any country and yet under no single national legislation. It is important that governments understand this, because it will become the defining policy challenge in the decades to come. Intellectual property, patents, brands, algorithms, platforms, cloud computing, etc. are worth much more than the physical offices, laboratories, factories and R&D centres they were developed in.

Although patents are still filed under national jurisdictions, it is increasingly difficult to ascertain where their real value is created. It is critical, for national governments to calculate the intrinsic value of intangible assets and their impact in value creation. Technologies companies can, and often do, move assets — tangible and intangible — around their international subsidiaries, depending on where they find better conditions to grow.

Taxation is just one of these conditions, but by no means the only one. Talent, infrastructure, transportation links, consumer markets, lifestyle, brainpower, capital and efficient institutions are all taken into account, because they impact the bottom line. This becomes even more critical in knowledge-intensive industries such as ICT, finance and BPO where competitiveness relies more on brainpower than on horsepower.

Speaking more broadly, some of the most talked-about concepts concerning innovation, such as tech hubs and start-up ecosystems, rely on the free movement of ideas and intrinsically don’t belong to any particular entity — be it a company or government — but rather to the communities they created and helped create.

While innovation is normally associated with start-ups, thanks to open innovation some large corporations can now outsource innovation from smaller, nimbler companies anywhere in the world. These companies can offer specialised know-how, faster R&D cycles and lower risk aversion, thus completely changing the value chain and asset allocation models. If a California-based company decides to outsource its new product’s R&D to a Helsinki-based firm and development to a Bangalore-based one, where was value created (and under which jurisdiction does it fall)?

While national governments try their best to regulate, and keep pace with, this free movement of value-creating intangible assets, there is just so much they can do. Enforcing over-regulation will only lead to companies’ increasingly trying to outsmart policy makers. This is in nobody’s interest.

As more corporations, across industries, gravitate toward innovation hubs, the opportunities for cultivating start-up communities and embracing digital disruption cannot be ignored. Governments must work hard to attract and grow innovation eco-systems which can, in turn, drive further investment.

Finally, the role of governments in the digital world shouldn’t be limited to merely regulating and attracting businesses. Initiatives such as Digital 5 where UK, Estonia, South Korea, Israel and New Zealand came together to promote higher level of services and information to their population over the internet are great examples. Today, a number of prominent cities around the world already employ their own chief information officer who is in charge of big data analytics, smart city projects and innovation hubs.

The key questions are: how does a country regulate, tax, attract investments and negotiate incentives and conditions in a digital world? How can companies establish a more collaborative approach with governments, thus avoiding years of debates over what they see as the ‘freedom of movement’ of their value-creating assets?

It is critical that we establish a platform for open dialogue between countries and companies with the objective of ensuring sustainable economic growth and a better collaboration between key decision-makers on both sides of this equation.

Fernando Faria is the Founder and CEO of Global Expansion Summit (GES).